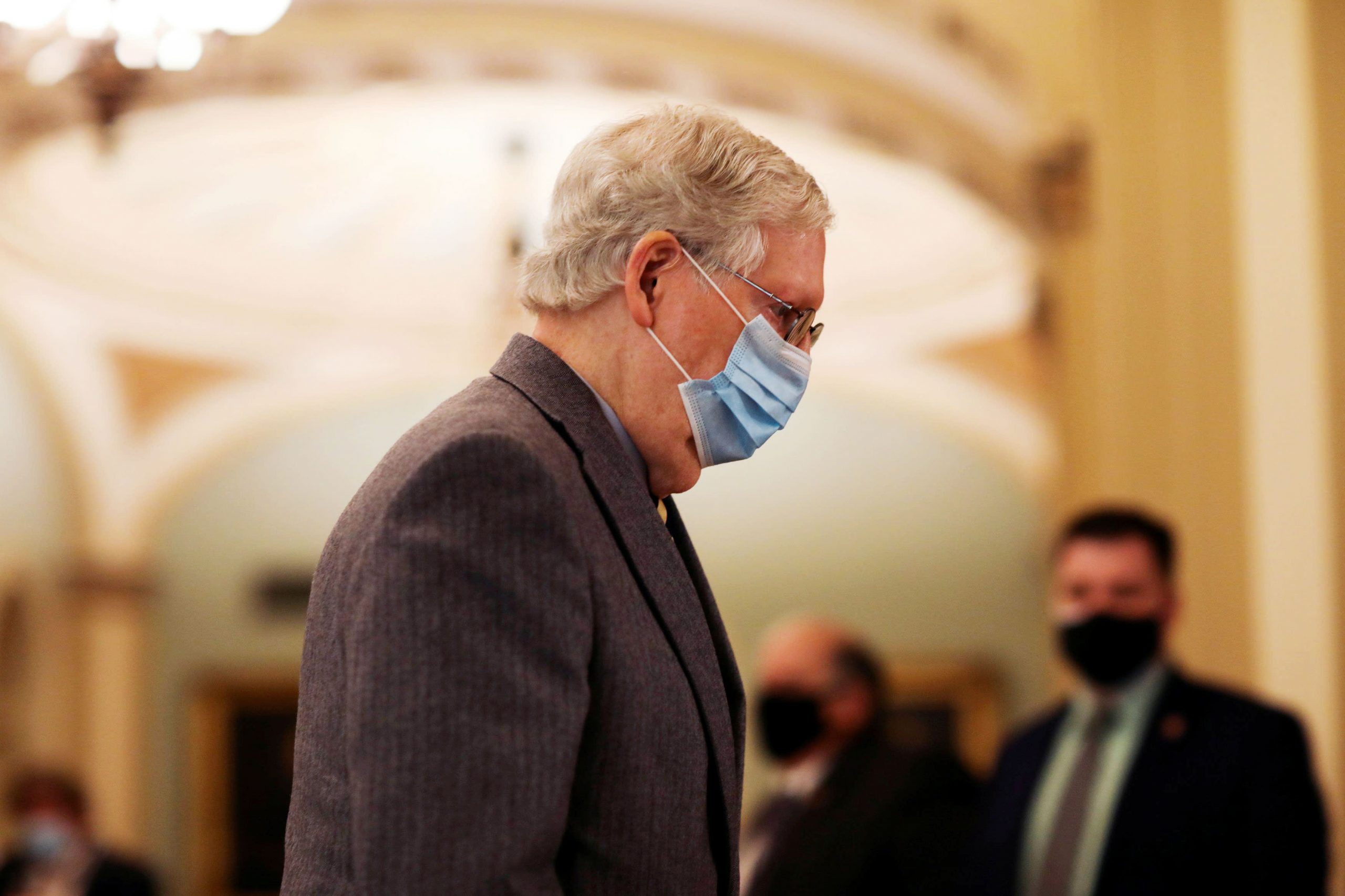 Efforts to boost the direct payments in the year-end coronavirus relief bill to $2,000 appeared all but doomed Wednesday as Senate Majority Leader Mitch McConnell said he would not separate the plan from President Donald Trump’s unrelated demands on technology and election policy.

„The Senate is not going to split apart the three issues that President Trump linked together just because Democrats are afraid to address two of them,“ he said on the Senate floor.

The Democratic-held House has approved a stand-alone bill to boost the checks to $2,000 from $600, as 44 Republicans prodded by Trump joined nearly all Democrats in backing the measure. The GOP-controlled Senate has said it will not pass the checks without attaching other Trump priorities that Democrats consider toxic — and McConnell knows would sink any legislation.