Africa Stays Neutral In Russia-Ukraine War While Bracing For Impact 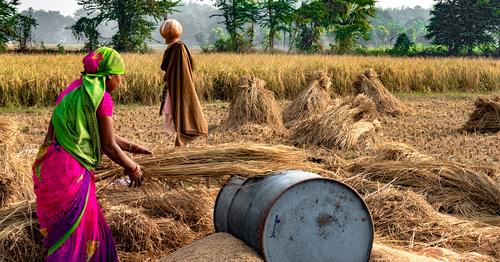 Africa’s neutrality in the Russia-Ukraine war won’t stop the continent from experiencing economic fallout from the conflict.

“This is not our war.” That is the overriding message coming out of Africa even as Russia’s invasion of Ukraine threatens to have broad geopolitical and economic impacts on the continent.

“The world economy is being dislocated and despite opting to be careful, Africa will feel the effects in a big way,” says Macharia Munene, Professor of History and International Relations at the United States International University, Kenya.

Since the invasion started, African nations have largely opted to be cautious against upsetting Moscow by resisting pressure from the West to join in the condemnation. During a March 2 United Nations General Assembly vote, 26 African countries did not support the anti-Russian resolution in one form or another. Eritrea voted against the resolution, 17 abstained and eight African countries were absent entirely from the vote.

Sergey Volkov, a senior researcher at the Institute for African Studies of the Russian Academy of Sciences, considers these positions an indication that African countries value their independent stance.  “It also shows they have the right to freely choose directions and paths of development,” he comments.

Africa’s decision to avoid picking a side reflects the rising influence of Russia on the continent. Over the past seven years alone, according to Afreximbank, bilateral trade between Russia and Africa has more than doubled, hitting $19 billion last year. The balance of trade favors Russia, whose exports to the continent stood at $14 billion, against $5 billion worth of exports from African nations in return.

In trading with Africa, Russia eschewed the West’s apporoach of tying political demands such as elections to business dealings and economic relations. This has endeared Moscow to many African leaders, particularly the more autocratic ones.

“For dictators and illiberal regimes, Russia is preferable to the West,” observes Leaza Jernberg, a South Africa-based independent researcher and consultant on international diplomacy. For Africa, she believes, China’s influence is also significant. “There is the perception that Russia is allied to China,” she explains, “and many African countries have strong economic links with China.”

But even as Africa tries to distance itself from a conflict that it believes to be a “war for the big powers,” as Professor Munene puts it, the war’s economic impact—both positive and negative—on the continent is inescapable.

With Russia being cut off from the global economy with sanctions, Africa must brace for the ripple effects. The increase in crude oil prices for instance portends disaster for most. Prices jumped more than 30% since February 24 to hit $139 before retreating, and continued volatility is expected. Higher fuel and transport costs for African businesses and consumers will drive up inflation. Further disruption of global manufacturing supply chains—already somewhat dysfunctional due to the pandemic—could also hit African economies hard.

There are also concerns about food supply shortages. In 2020, Russia, the world’s largest wheat exporter, shipped 37.3 million tons of grain, including 8.2 million to Egypt, 1.3 million to Sudan, 1 million to Nigeria, 0.7 million to Tanzania and 0.6 million to Kenya. “Sanctions are inflicting particular damage on developing countries, primarily African, many of which are experiencing serious economic difficulties,” observes Volkov. Ukraine is also a major wheat exporter, with 40% of the country’s annual corn and wheat shipments headed to Africa and the Middle East.

On the other hand, the war might bolster demand for various African commodities, especially metals, minerals and energy.  Jernberg reckons Africa has a window of opportunity to profit from its raw-materials riches as Europe pivots away from Russian gas imports. Mozambique and Tanzania, for example, have discovered huge deposits of liquefied natural gas—although fully capitalizing on these finds will be a long-term project.