Airbnb IPO: 5 things to know about the home-rental company as it seeks to raise $3 billion-plus from Wall Street 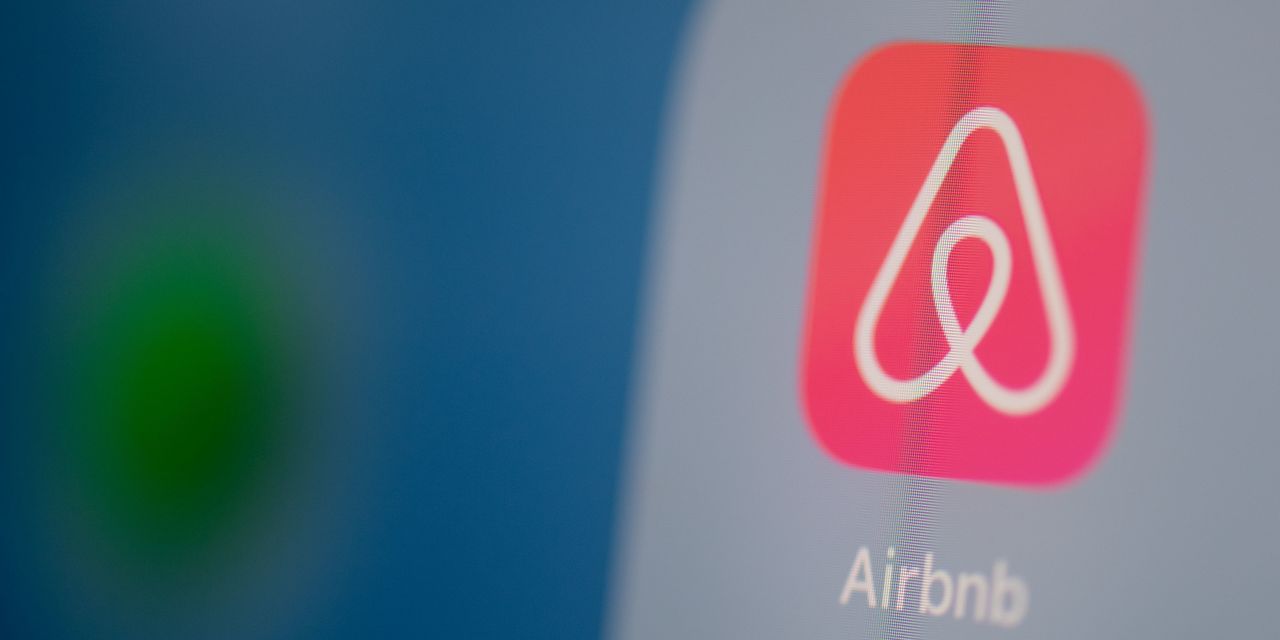 Airbnb Inc. had to put its plans for an initial public offering on hold in the spring because of COVID-19, but after a bounceback from customers tired of sheltering in the same place for months, it is aiming to raise as much as $3 billion in an IPO by the end of the year.

“We started writing this letter in March. Then the pandemic hit,” co-founder and Chief Executive Brian Chesky said in a letter included in the filing. “When borders closed and travel stopped, our business declined by nearly 80%… I don’t think many people expected us to go public this year. I know some people questioned if we’d make it at all.”

Airbnb, which is based in San Francisco, made it. It actually posted a third-quarter profit of $219 million, due in part to a rebound in its business but also because of aggressive cost cuts it made in the spring. Its revenue of $1.34 billion for this year’s third quarter was its second-biggest quarter ever. Still, the company said it lost more money in the first nine months of the year than it lost all of last year.

Since its founding, the company has raised $6.4 billion, according to Crunchbase. The night before its expected public offering, it priced its shares at $68 a share at a valuation topping $40 billion, according to various reports. That tops the last revised and increased pricing range of $56 to $60 a share, which would have given it a valuation of nearly $36 billion.

Airbnb is offering 50 million shares in the IPO, while selling shareholders recently trimmed their offering amount to 1,551,723 shares from 1,914,894 shares.

The company, which competes with other travel-booking sites like Expedia Group Inc.
EXPE,

and listing sites like Craigslist, plans to list its shares on the Nasdaq Global Select Market under the ticker symbol ABNB. The listing will be led by Morgan Stanley and Goldman Sachs, along with more than 30 other underwriters.

Here’s what else Airbnb disclosed in its IPO filing.

Business has bounced back, but the pandemic remains a big question mark

Overall, Airbnb has seen growth slow and revenue drop because of the pandemic. Its revenue in the fourth quarter of 2019 was $1.1 billion, but it dropped dramatically to $841.4 million in the first quarter of 2020 and $334.8 million in the second quarter.

Sales bounced back over the summer, however, as travel and shelter-in-place restrictions were lifted and potential travelers looked for new places to work from “home.” Revenue rebounded to $1.34 billion in the third quarter.

Still, the company is feeling the overall effect of the pandemic. In the nine months ended Sept. 30, the company’s revenue fell 32% from the year-ago period, to $2.5 billion. Its gross booking value — the dollar value of bookings — was $18 billion in the first nine months of this year, down 39% from last year, when it eventually reported $38 billion in annual gross bookings.

Read: Airbnb will give laid-off employees 14 weeks base pay and health insurance, but millions of other laid-off workers are not so lucky

The company also said listings are down, which could be attributed to many factors, including that its hosts are wary because of the coronavirus or could be facing financial distress.

“It is not yet clear what financial impact the severe travel reduction occurring during the COVID-19 pandemic will have on these individuals or whether they will be able to keep their homes or operate their businesses as travel resumes,” Airbnb said in its filing.

COVID-19 cases are on the rise again in the U.S. and elsewhere, and so are various restrictions on businesses and travel, underscoring Airbnb’s repeated warnings of the risks the pandemic poses to its business.

Airbnb attributed the comeback it enjoyed in the third quarter to the return of short trips and domestic travel, as well as long-term stays.

The word “resilient” was sprinkled all over the company’s prospectus, applied to categories such as domestic travel around the world. It also said short-distance trips within 50 miles from people’s homes were strong, even at the height of the lockdowns in April. Airbnb said long-term stays, which last at least 28 days, was one of its fastest-growing categories last year and were resilient, as is travel outside its top 20 cities from last year.

The company mentioned that its offerings might be a bit more travel-friendly than other options: “The U.S. Centers for Disease Control and Prevention guidelines have listed homes shared with members of the same household as safer than hotels during the pandemic, which supports the way guests travel on our platform.”

Airbnb’s post-pandemic bounce was also better than some of its competitors’. For example, the company’s third-quarter year-over-year revenue decline was 32%, compared with drops of 58% for Expedia and 48% for Booking Holdings Inc.
BKNG,
.

CEO is getting total control and the Elon Musk treatment

Airbnb is going with the stock structure that tech company founders love, which allows them to retain as much control as possible even after going public, and adding even more classes of stock. Airbnb plans to have four classes of shares: Class A has one vote, class B has 20 votes, class C (which the company has no current plans of issuing) has zero, and a special “class H” of nonvoting stock is for the “Host Endowment Fund,” an entity the company is establishing to reward hosts on its platform.

Chesky currently owns 15.3% of voting power, while co-founders Joe Gebbia and Nate Blecharczyk own 14.2% each. The other big stakeholders pre-offering: Sequoia Capital with 16.5% of voting power, Founders Fund with 5.4% and DST Global with 2.3%.

Chesky’s percentage is likely to grow. While he is the lowest-paid executive in Airbnb’s C-suite — last year, his salary was $110,000, and this year, he was paid $1 — he stands to reap massive stock rewards based on Airbnb’s performance as a public company. Airbnb plans to give him a 10-year equity award that consists of 12 million restricted stock units, which will reward him handsomely if the company’s stock price clears certain hurdles.

The plan is similar to what’s in place for Tesla Inc.
TSLA,

CEO Elon Musk, who has begun to cash in as the electric-car company’s stock has hit certain milestones and is now the world’s third richest person.

“Under Mr. Chesky’s leadership over the last decade, the company’s revenues have grown to $4.8 billion in 2019, and the board of directors believes that it is important to continue to retain and motivate Mr. Chesky to lead the company over the next decade based on this history of exceptional performance,” the prospectus reads.

The risks of regulation — and parties

Before the pandemic, Airbnb was worried about regulation woes and bad publicity. Those concerns haven’t gone away.

Airbnb hosts have been blamed for driving up home prices in certain places, or for contributing to over-tourism. The company has contended with attempts to enact bans or restrictions, such as limiting the duration of stays in a booking, as well as regulation attempts by hotel companies. The company disclosed in its prospectus that these different efforts could negatively affect its business.

See also: Is a hotel or an Airbnb safer for your summer vacation?

As for parties at booked properties, they can be destructive or even deadly. A Halloween party at an Airbnb in California last year left five people dead, leading the company to ban “party houses.” This year, amid the pandemic and reports of people renting Airbnbs to get together, the company banned parties and capped house occupancy at 16 people.

“The actions of hosts, guests, and other third parties have resulted and can further result in fatalities, injuries, other bodily harm, fraud, invasion of privacy, property damage, discrimination, brand and reputational damage, which have created and could continue to create potential legal or other substantial liabilities for us,” the company said in its filing.

Addressing discrimination on the platform

It would be bad business for a company that relies on people to travel, soak in different cultures and try new experiences to tolerate discrimination on its platform. Airbnb has had to ban hosts for being racist, and the “AirbnbWhileBlack” hashtag trended a few years ago.

“Just as discrimination exists in society, it exists in the Airbnb community, and we are committed to combating it,” the company said in its prospectus, noting that since 2016, it has removed about 1.4 million people from its platform for refusing to agree to its nondiscrimination policy.

Airbnb created an antidiscrimination team, and changed the booking process so hosts can see a guest’s face only after the reservation is complete. This summer, the company unveiled Project Lighthouse, which will “measure discrimination on Airbnb based on perception” in partnership with Color of Change, a national online racial justice organization. Airbnb said it would use findings from the project as it designs its products and establishes policies around discrimination.

Op-ed: The data is clear – the Paycheck Protection Program is a success