Army Secretary says intel before Capitol riots was 'all over the board' as 6,200 National Guard go to D.C. 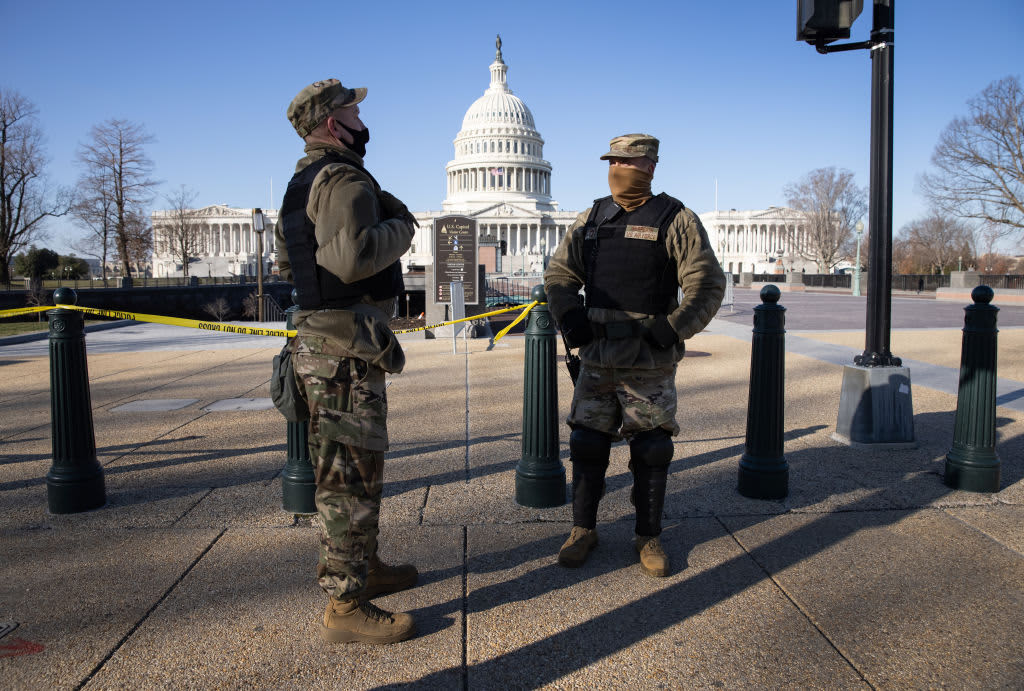 WASHINGTON — Secretary of the Army Ryan McCarthy said Thursday that the intelligence law and Defense officials had prior to the riot that rocked Washington „was all over the board.“

„It was very hard to make that determination of what you’re dealing with,“ he told reporters on a call, adding that the Defense department relied on law enforcement threat assessments.

Through the weekend, 6,200 National Guard personnel will deploy to the nation’s capital and remain in the region for a minimum of 30 days. The month-long mobilization ensures that the National Guard members will be on hand for the Jan. 20 inauguration of President-elect Joe Biden.

The troops, who are unarmed, will monitor traffic control points and provide support to law enforcement as authorities work to secure the perimeter surrounding the Capitol Building one day after a mob supporting President Donald Trump stormed it.