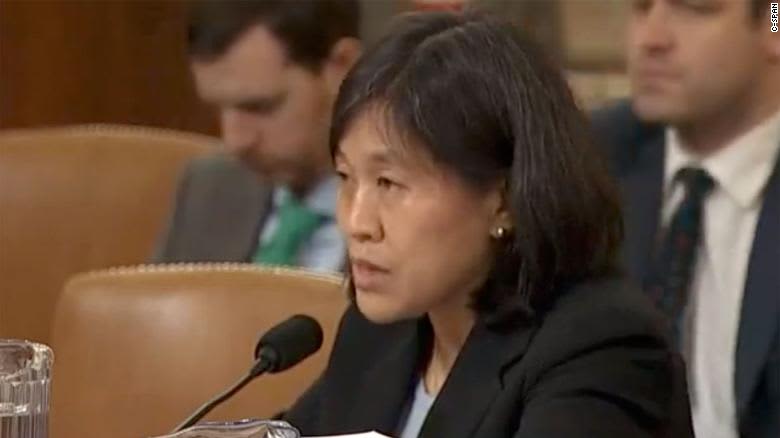 President-elect Joe Biden on Thursday named Katherine Tai, a trade lawyer with a history of taking on China, as his incoming administration’s pick for the United States‘ top trade representative.

If confirmed by the Senate, Tai would inherit a critical, Cabinet-level position tasked with enforcing America’s import rules and brokering trading terms with China and other nations.

Tai, who is Asian-American, would also be the first woman of color to serve as the USTR. She is fluent in Mandarin.

In choosing Tai, the senior trade lawyer on the House Ways and Means Committee, the Biden team likely signals an intent to return to a more multilateral trade approach to advance U.S. trade interests and confront growing economic competition from China.

The president-elect heralded Tai’s experience in a press release on Thursday as key to important insights while the incoming administration reviews the trade deal outgoing President Donald Trump brokered with Beijing.

„Her deep experience will allow the Biden-Harris administration to hit the ground running on trade, and harness the power of our trading relationships to help the U.S. dig out of the COVID-induced economic crisis and pursue the President-elect’s vision of a pro-American worker trade strategy,“ the Biden transition team wrote.

Tai would succeed current trade czar Robert Lighthizer, whose achievements during the Trump administration include a more-forceful tact in negotiations with Beijing and the imposition of hundreds of billions of dollars worth of tariffs on goods imported from China.

This Coronavirus Stock Has Over 80% Upside, Says J.P. Morgan