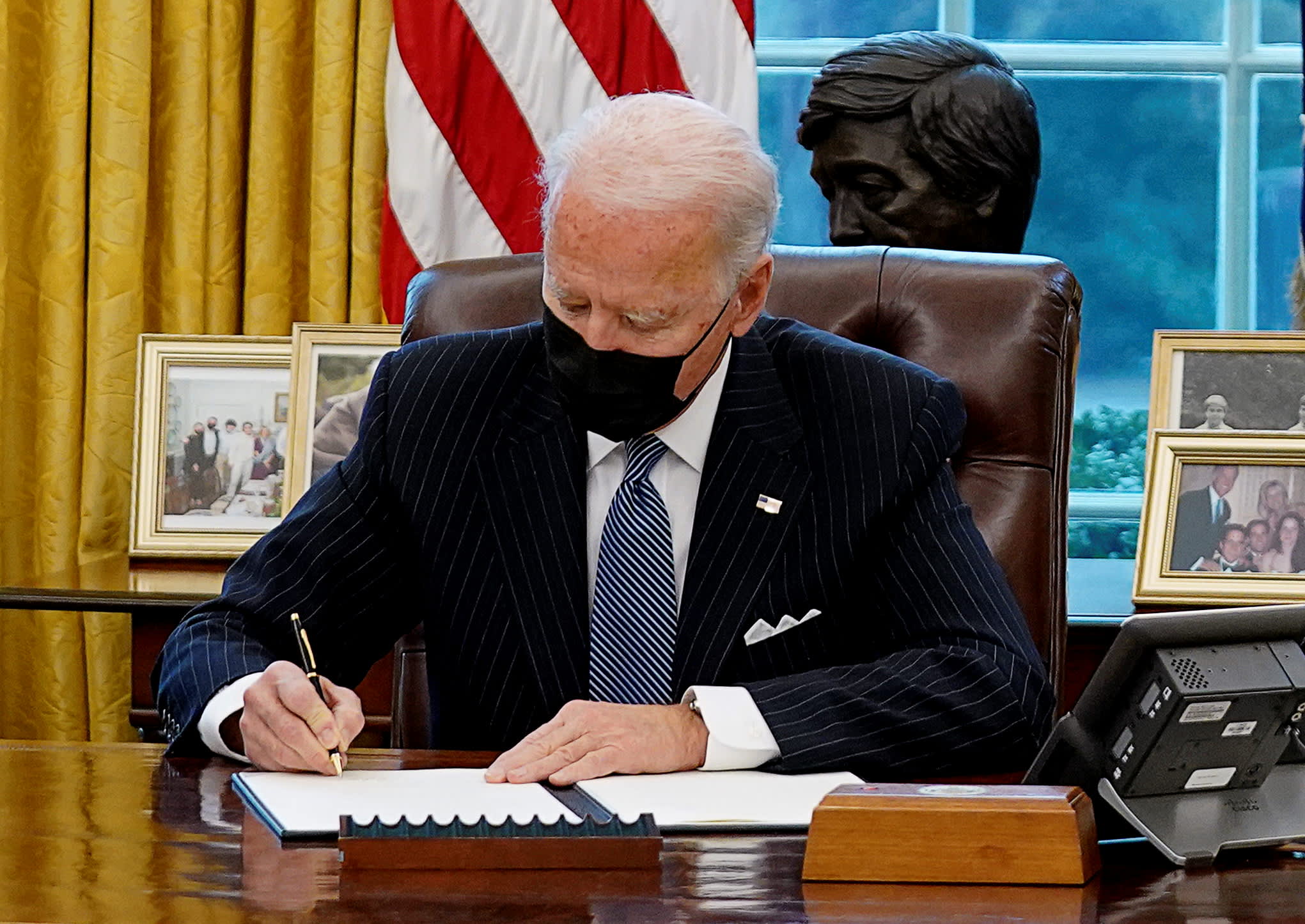 President Joe Biden on Tuesday will outline his racial equity agenda and sign executive actions, the latest in a sweeping first-week flex of presidential powers.

Those actions include a mandate for the Department of Housing and Urban Development to promote equitable housing policies, an administration official told NBC News.

Biden’s actions will also disavow racism and xenophobia, including of the type directed at Asian Americans following the rise of the coronavirus pandemic, NBC reported.

Biden will deliver remarks in the State Dining Room of the White House at 2 p.m., according to his press schedule. Vice President Kamala Harris will also attend the event.

The president’s speech and signings will be preceded by a press briefing at 12:30 p.m., where domestic policy advisor Susan Rice is scheduled to appear alongside White House press secretary Jen Psaki.

„America has never lived up to its founding promise of equality for all, but we’ve never stopped trying,“ Biden said Tuesday morning in a tweet from the president’s official Twitter account.

„Today, I’ll take action to advance racial equity and push us closer to that more perfect union we’ve always strived to be.“

The White House said in a separate tweet that the new actions will „advance racial equity and support communities of color and other underserved communities.“

Biden put racial justice issues at the center of his winning campaign against former President Donald Trump. Shortly after being sworn into office, Biden signed an executive order that established his administration’s social-justice focus and revoked some of his predecessor’s policies.

Biden also ended the Trump administration’s „1776 Commission,“ which produced a report highly critical of progressive ideologies in the final days of Trump’s term.

Biden’s order put the Domestic Policy Council, led by Rice, in charge of coordinating „efforts to embed equity principles, policies, and approaches across the Federal Government.“

„This will include efforts to remove systemic barriers to and provide equal access to opportunities and benefits, identify communities the Federal Government has underserved, and develop policies designed to advance equity for those communities,“ that order said.

The White House did not immediately respond to CNBC’s request for additional details about Tuesday’s executive actions.

Biden is scheduled to return to the State Dining Room at 4:45 p.m., when he will speak about his administration’s efforts to contain the Covid pandemic.

Bored with Bitcoin? The BTC bull run is about to return, this indicator says