Blockchain can take the power back for artists 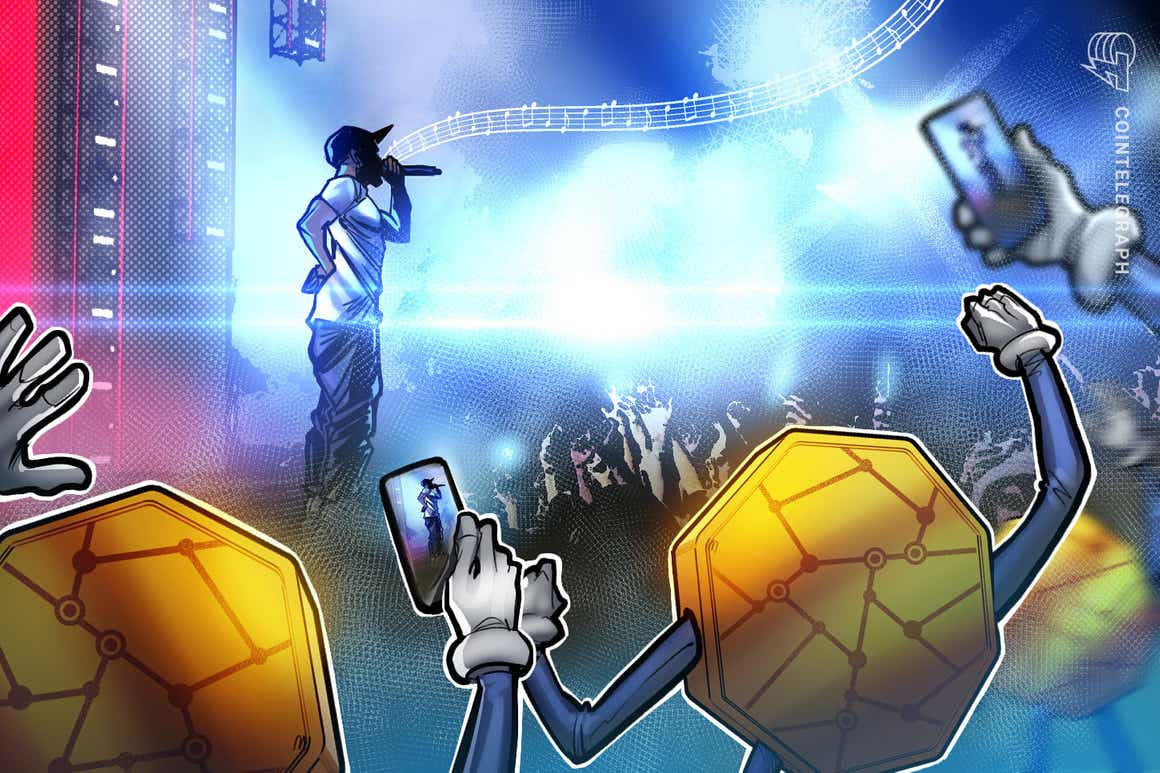 Cointelegraph’s senior reporter, Rachel Wolfson visited South by Southwest (SXSW) — a ten-day annual technology, film and music festival based in Austin, Texas — to connect with, and interview, a melting pot of pioneers, luminaries, and enthusiasts from the crypto, blockchain and Web3 industries.

Wolfson spoke to Darryl McDaniels — known culturally as DMC — founding member of the infamous New York hip-hop trio Run-D.M.C, about the group’s illustrious discography, his views on the capitalistic-induced flaws within the traditional music industry, as well as his overarching vision in collaboration with blockchain project The Song That Owns Itself (STOI)) to advance decentralized digital ownership.

Run-D.M.C. achieved colossal success across the 80’s and 90’s with multiple acclaimed albums and tracks such as ‘It’s Like That’ and ‘Walk This Way’, establishing a legacy as one of the most influential hip-hop acts in the history of the genre.

Prior to the interview, McDaniels freestyled a four-bar verse dedicated to Cointelegraph, and inspired by the crypto and blockchain space.

“On the microphone I get coin, I’m gonna’ do big things like Bitcoin. This right here’s the king of rock-thing, the coolest [mf’king] thing on the blockchain.”

Great interview for @Cointelegraph with Darryl McDaniels from Run DMC at @Algorand during #SXSW2022 ✌️ pic.twitter.com/pweAF2uIvs

In conversation with McDaniels, it was evident that his passion for re-establishing artistic sovereignty and creative ownership within the music industry, was fueled by his vision for the potential impact of blockchain technology, a model in which decentralized mechanics could grant the possibility for enhanced creator autonomy.

McDaniels stated that “Run-D.M.C was always an entity that brought people together, changed things and made things better”, declaring his aspirations to build blockchain solutions that foster this tradition.

“What I’m doing with Algorand and The STOI is going to help us manifest the solutions that’s needed to put the power back in the creator’s hands, keep the power in the creations, and allow everybody to experience everything that comes along with that.”

STOI is an innovative project seeking to utilize smart-contracts to create tokenomic governance models for musical tracks. According to the vision illustrated in their whitepaper, the project is seeking to “empower[ing] creative entrepreneurs and their fans by leveraging the tools of Web3.”

On Monday, it was announced that the third edition of the STOI project will tokenize McDaniels latest track ‚Million Scars‘, a number which he performed live at the AlgoRanch pop-up event at the SXSW festival the same day.

Commenting on the future of the music industry amid a rise in technological influence, McDaniels revealed that „It’s not just about moving out the middle man“, before stating that:

„It’s making something that is all inclusive where everybody’s involved from creation to its continuation… the song owns itself because the song is the thing. The creator is where the power begins, and that’s where the power should stay.”

Ex-New York Gov. Andrew Cuomo considers running against Kathy Hochul despite opposition from his own party