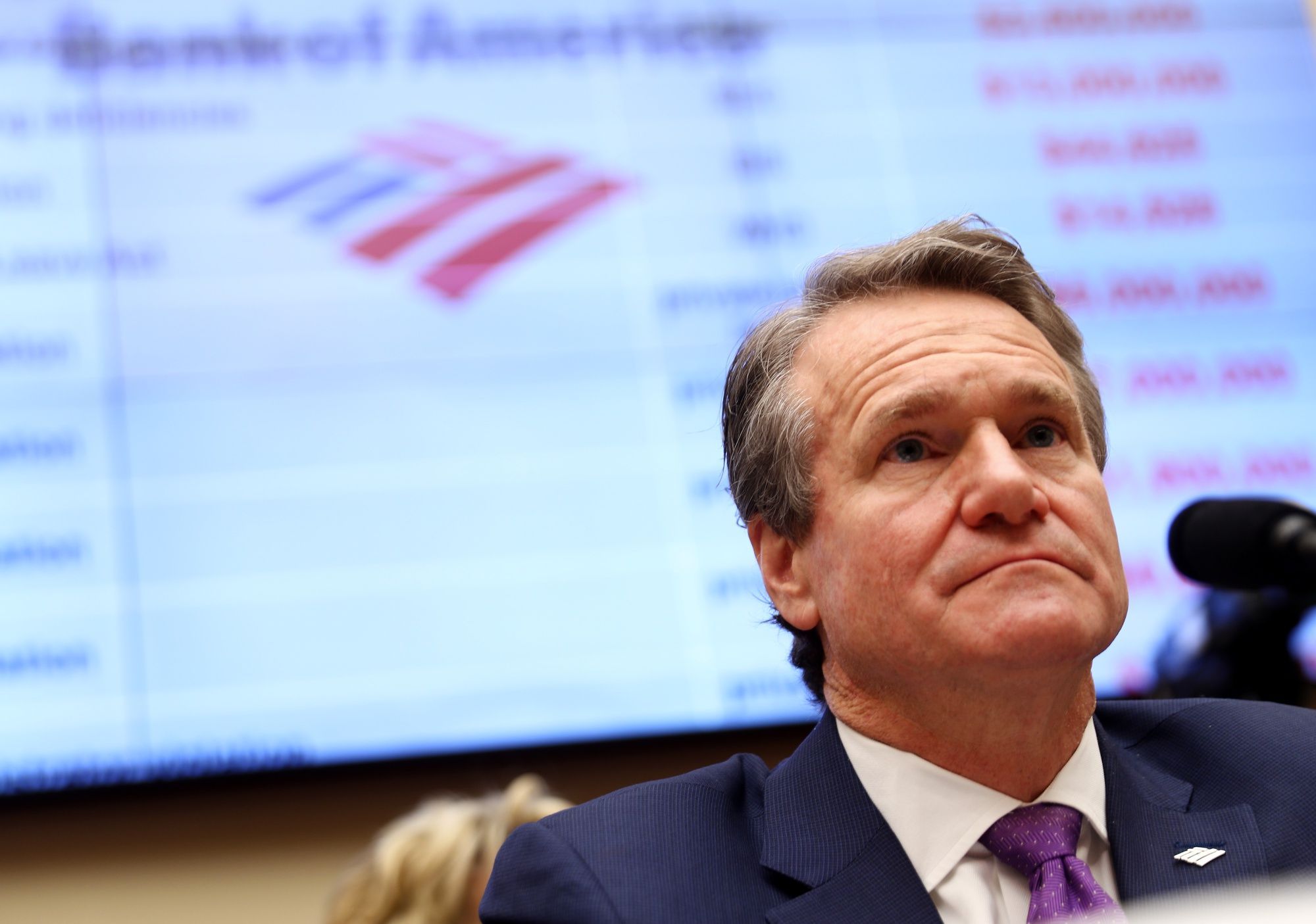 (Bloomberg) — Anger is building in the senior ranks at Bank of America Corp. after the company waived an unpopular new bonus policy for top traders and dealmakers while keeping the plan in place for other employees.

At issue is a grant of company stock that high earners — generally those making $1 million or more — received for the first time as part of their 2020 compensation. Instead of vesting in equal parts over a set period, as such awards typically do, these bonuses have a “cliff vest” provision making the shares eligible for sale only at the end of four years.

People familiar with the situation described an internal drama unfolding over the past couple of weeks.

Initially, the bank planned to apply the new pay structure broadly. But veterans in investment banking and trading revolted upon hearing they’d have to stay through 2024 to reap bonuses for 2020, and management agreed to exempt them.

Chief Executive Officer Brian Moynihan acknowledged the blowback in a Jan. 27 interview on Bloomberg Television, saying the change in policy “didn’t work the way some people wanted it to, so we fixed it.”

Yet senior colleagues in corporate and commercial banking, a less powerful cohort, soon learned that their awards are still subject to the vesting restrictions. That’s when the grousing began, the people said. In recent days, employees have been gathering on calls to vent frustrations and discuss options.

The decision touched a raw nerve. Bank of America is torn by long-simmering jealousies and divisions among its staff of more than 200,000, many dating back to the shotgun marriage with Merrill Lynch in the 2008 financial crisis. An uneven approach to compensation risks exacerbating those strains at a time when most of the company is working from home and collaboration is at a premium.

While compensation on Wall Street is always a balancing act, the circumstances were unusually tricky for Moynihan. Many traders and bankers had a great year, thriving as markets swung, and they expected to be rewarded. But Bank of America tripled its provisions for credit losses to more than $11 billion, anticipating that borrowers battered by the pandemic may default. Net income for the year plunged 35%.

“You’ve got to pay for performance, and the shareholder has to benefit, too,” Moynihan said in the interview.

Wall Street has been mostly conservative with 2020 remuneration. JPMorgan Chase & Co. and Goldman Sachs Group Inc. held compensation per employee in check, and Citigroup Inc. cut bonuses for dozens of top executives after the bank was reprimanded by regulators.

Throughout, Bank of America reduced cash payouts and lengthened the vesting periods for normal stock awards. Without the new bonuses, many executives would have faced pay cuts, according to the people.

In the interview, Moynihan said the company would be divvying up a total of $10 billion to $11 billion of incentive compensation for 2020. Investment bankers and traders typically get a greater share of their pay in equity than employees elsewhere in the company.

“Our bonus pools are down year-over-year, yet some teammates made more money and some made less money,” Moynihan said.

The cliff-vest provision is especially problematic for long-serving executives in corporate and commercial banking who expected to qualify for what’s known internally as the “rule of 60.” Previously, Bank of America let staff retire with all deferred pay so long as their age plus a minimum of 10 years served at the company equaled 60. That treasured perquisite now excludes the new bonuses.

Exacerbating those frustrations, the people said, is the decision to exempt investment bankers from the vesting restrictions, seen as a golden handcuff, but enforce them for corporate bankers. Both groups are part of the same division — global corporate and investment banking — run by Matthew Koder.

Such resentments have divided big banks for years. Throughout the industry, rainmakers who land multibillion-dollar merger mandates or big-ticket corporate financings are lionized and can pull down eight-figure pay packages. Meantime, traditional bankers responsible for lower-margin activities such as lending or cash management earn less and feel like second-class citizens.

Bank of America’s powerful chief operating officer, Tom Montag, who joined with the Merrill acquisition, is widely seen as loyal to traders and investment bankers. Some veterans in commercial banking feel they’re being punished unfairly for the pandemic, a calamity beyond their control, the people familiar with the situation said.

Biden vows to restore U.S. alliances and lead with diplomacy in his first foreign policy address