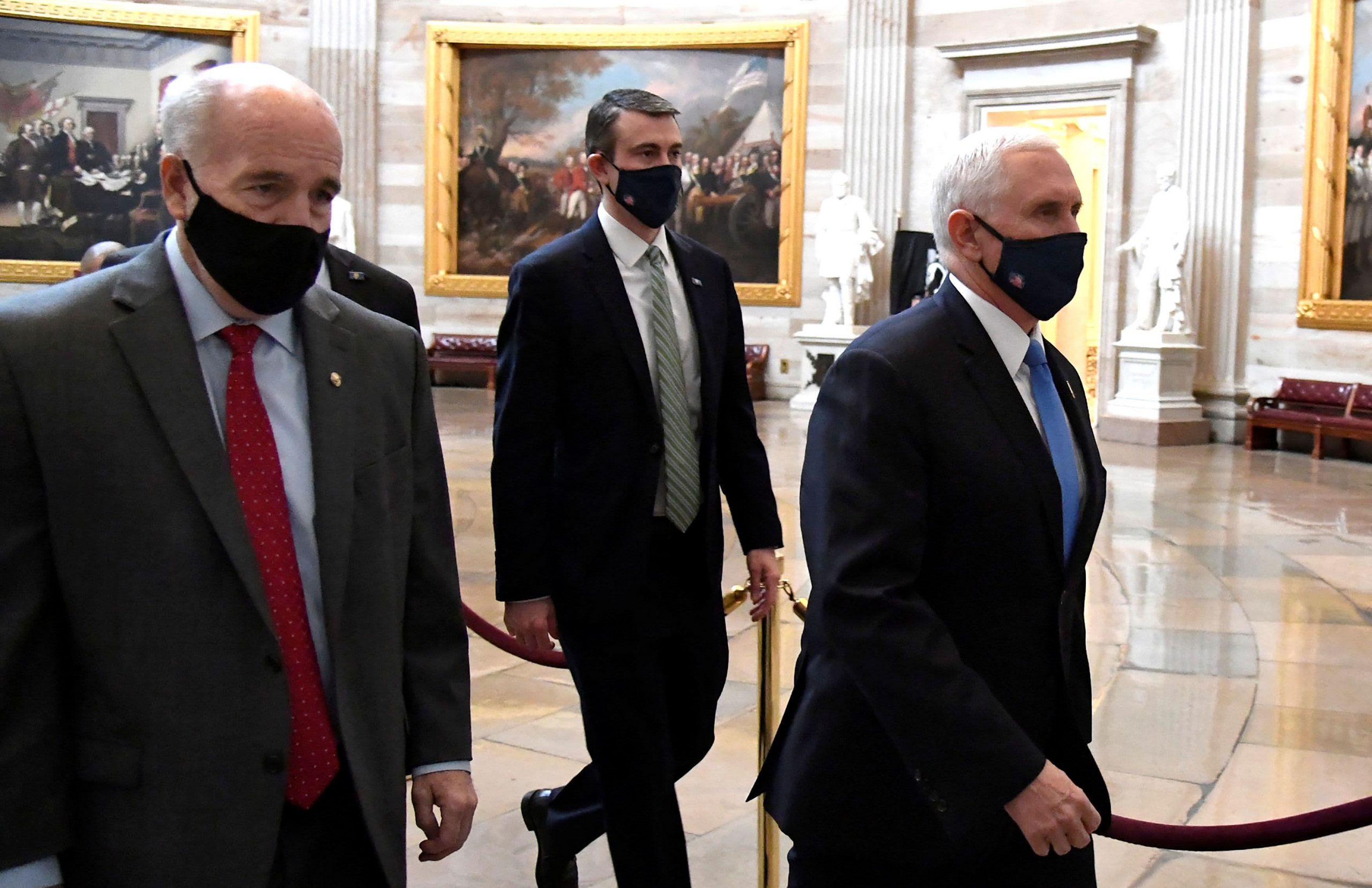 Rioters inside the Capitol nearly reached Vice President Mike Pence, who some targeted for death over false claims that he could overturn Joe Biden’s election win, The Washington Post reported Friday.

After a pro-Trump mob broke into the Capitol on Jan. 6, Secret Service officers evacuated Pence from the Senate floor into a nearby room, along with his wife and daughter, according to the newspaper. A group storming the Capitol reached a landing about 100 feet from where the Pences hid only about a minute after the vice president left the Senate chamber, the report said.

During the mayhem, some invaders chanted „Hang Mike Pence.“

The report stressed how close the Capitol attackers came to finding the top officials in the U.S. government during the insurrection.

„While the Secret Service does not speak specifically about the means and methods of our protective operations, Vice President Pence was secure at all times on Jan. 6,“ Whelan said in an email.

Trump claimed Pence, in his formal role presiding over the election count, had the power to send certified results back to states. The vice president does not have that authority. Pence did not try to influence the count when Congress tallied the vote, both before and hours after the rioters overran the Capitol.

While the vice president hid from the mob, Trump tweeted: „Mike Pence didn’t have the courage to do what should have been done to protect our Country and our Constitution, giving States a chance to certify a corrected set of facts, not the fraudulent or inaccurate ones which they were asked to previously certify. USA demands the truth!“

Trump reportedly did not check on Pence’s safety throughout the day. Some of the 10 House Republicans who voted Wednesday to impeach Trump for incitement of insurrection cited the president’s comments about Pence in explaining their stances.

A spokesman for Pence did not immediately respond to a request to comment on The Washington Post report.

Stock futures point to a higher open ahead of Yellen testimony