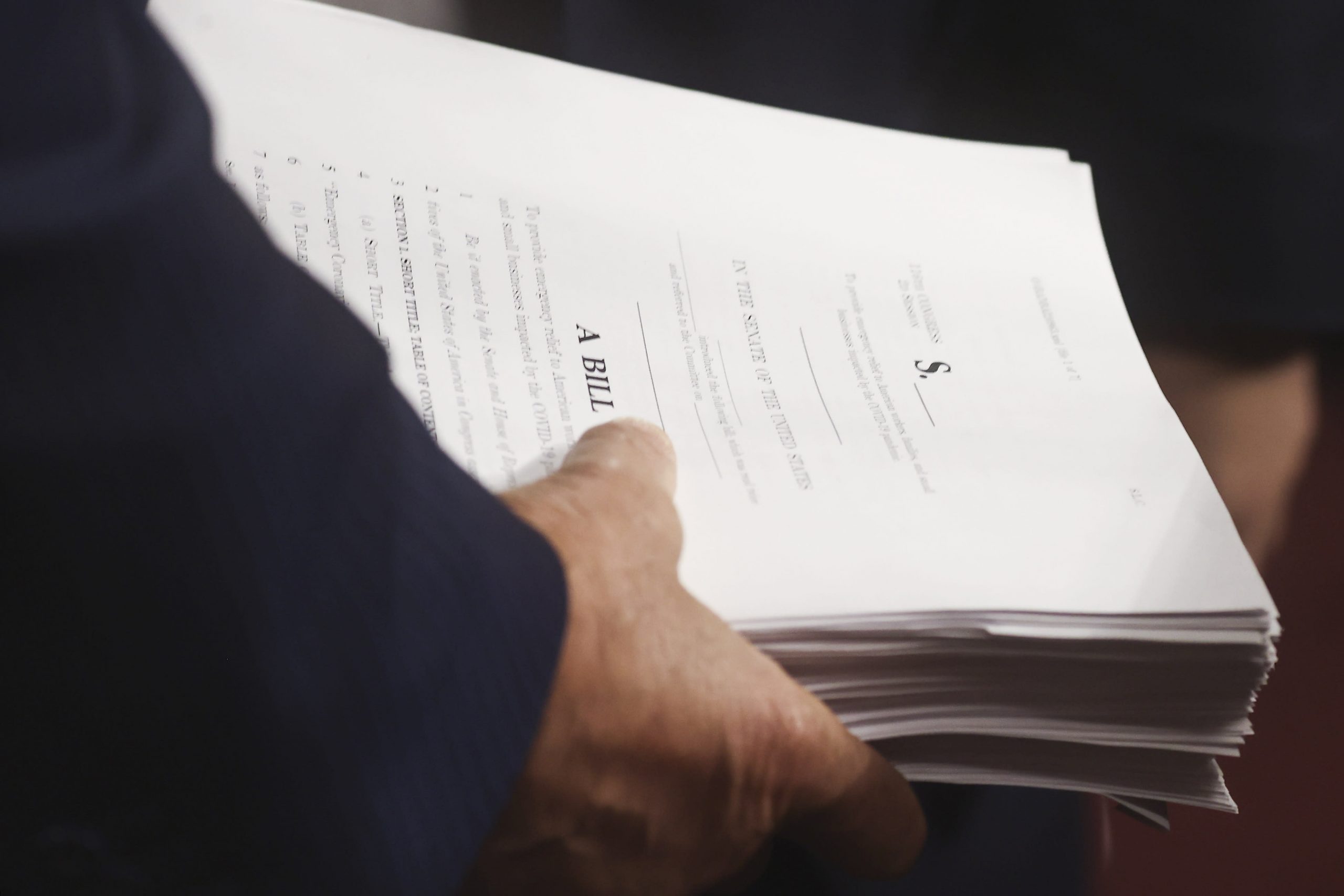 Congressional leaders closed in on a $900 billion coronavirus relief deal Wednesday as millions of struggling Americans wait for help.

The developing aid agreement would not include liability protections for businesses or aid to state and local government, CNBC confirmed. Disagreements over those two issues have blocked lawmakers from crafting a year-end rescue package.

„We made major headway toward hammering out a targeted pandemic relief package that would be able to pass both chambers with bipartisan majorities,“ Senate Majority Leader Mitch McConnell, R-Ky., said on the Senate floor Wednesday after a night of talks among the top four congressional leaders.

Speaking after McConnell, Senate Minority Leader Chuck Schumer, D-N.Y., said „we are close to an agreement“ but noted „it’s not a done deal yet.“ He added that Democrats „would like to have gone considerably further“ to offer relief and will press for more aid after President-elect Joe Biden takes office on Jan. 20.

The measure would contain a direct payment to Americans in some amount, as well as enhanced federal unemployment insurance, NBC News reported. In addition, Republican Sen. Steve Daines of Montana told CNBC that the deal would have roughly $300 billion in small business aid including Paycheck Protection Program loans, money for Covid-19 vaccine distribution and testing and relief for hospitals.

„I’m cautiously optimistic we’re going to see this $900 billion package released today, and this will likely get passed before we go home this weekend,“ Daines told CNBC’s „Squawk Box“ on Wednesday morning.

HBO Max Is Finally Coming to Roku. The Stock Is Rising.