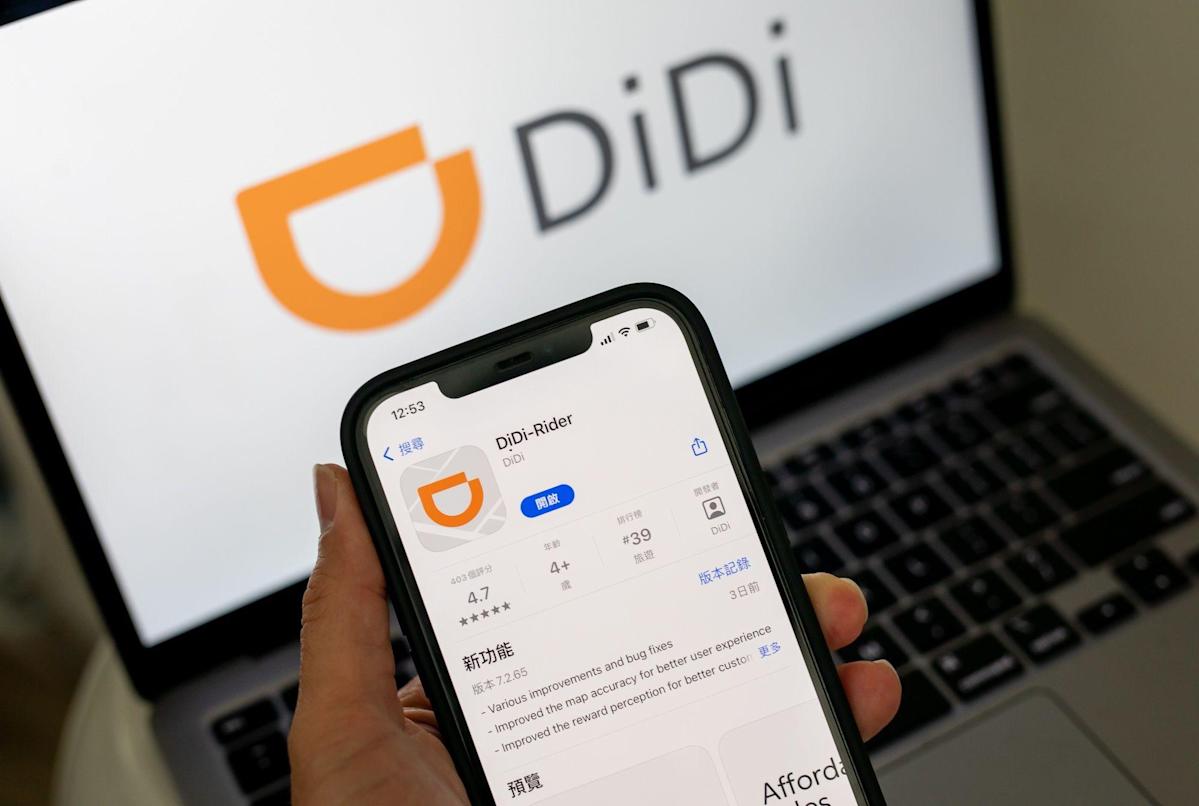 The decision came as the Cyberspace Administration of China informed executives of the ride-hailing giant that their proposals to prevent security and data leaks had fallen short of requirements, according to people familiar with the matter. Didi’s main apps, removed from local app stores last year, will remain suspended for the time being, said one of the people, who asked not to be identified as the information is private.

The company and its bankers have halted work on the Hong Kong listing originally slated for around the summer of this year, the people said. In addition to dealing with the CAC review, Didi is also working to finalize its fourth-quarter results as required for a listing prospectus, they said.

Didi’s American depositary shares posted their biggest-ever decline, plummeting to as low as $1.96 in New York.

Didi became one of the biggest targets of a tech-sector crackdown by Chinese authorities after it pushed through a $4.4 billion U.S. initial public offering in June. Days after its listing, the company was placed under a cybersecurity probe and its services were taken off Chinese app stores.

Read More: Didi’s Move From NYSE to Hong Kong – What to Know: QuickTake

The ride-hailing giant has since explored several alternatives including hiving off data to a third-party Chinese firm and selling a stake to state-backed companies, Bloomberg News has reported. Its shares had already dropped about 76% from its IPO price before Friday’s decline. Didi revealed a $4.7 billion loss after revenues shrank in the September quarter following Beijing’s regulatory assault against the tech sector.

Didi in December announced its plan to delist in the U.S. and pursue a listing in Hong Kong.

The suspension threatens to derail Didi’s plans to move its listing closer to home, which would allay Beijing’s concerns about the leak of sensitive data overseas. Now, the CAC’s dissatisfaction with the proposed safeguards throws those plans in limbo and raises questions about what penalties regulators may have in store for the embattled firm.

The CAC could make the probe results public in the coming weeks, one of the people said. Representatives for Didi and the CAC didn’t immediately respond to requests for comment.

Didi’s controversial share sale triggered an onslaught of regulatory actions constraining Chinese companies from raising capital overseas. The Chinese government tightened rules over listing abroad, introducing requirements that firms with at least one million users undergo a cybersecurity review beforehand and companies in industries on a negative list must seek a waiver before proceeding for share sales.

Didi’s own listing was expected to precede a wave of Chinese debuts closer to home, particularly from the sensitive internet arena. A suspension of its listing plans stokes persistent uncertainty over the government’s intentions for the giant industry following an unprecedented series of regulatory actions leveled against the country’s largest companies from Jack Ma’s Alibaba Group Holding Ltd. to Meituan.

Last month, Bloomberg News reported that Beijing had ordered state-run firms to report their exposure to Ma’s Ant Group Co. — the hardest-hit firm in Xi Jinping’s campaign to curb “disorderly capital” and rein in powerful private enterprises. The surprise move triggered a Chinese market selloff and spurred speculation that Beijing is readying another assault on the world’s biggest internet arena.

U.S.-listed Chinese stocks plunged on Thursday amid news that five additional companies including BeiGene Ltd. and Yum China Holdings Inc. were provisionally identified on a list of firms facing potential sanction by the Securities and Exchange Commission.

Women-led startup to help consumers monetize their data through blockchain