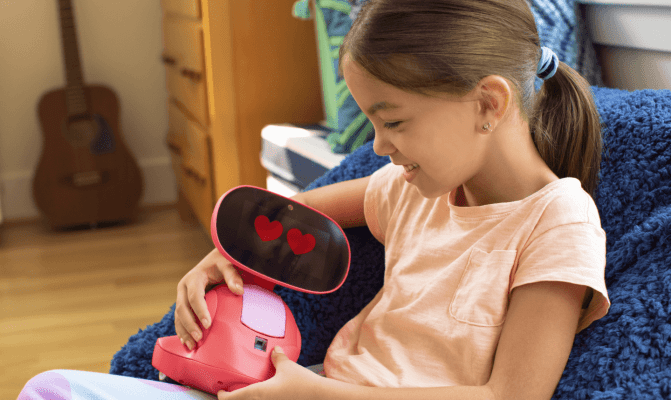 It looks like Miko’s participation in the Disney Accelerator is paying off in a big way, as the company is bringing Disney and Pixar characters to its Miko 3 robot for kids. The company launched its Disney collaboration today, available to customers in more than 140 countries.

“Bringing the imaginative worlds of Disney and Pixar to our platform represents a big step in kids robotics” Sneh Vaswani, Miko co-founder and CEO said in an email to TechCrunch. “Miko is thrilled to be the first robotics platform to have such an innovative collaboration with Disney, and we look forward to raising the benchmark for kids engagement together.”

The company has more than 170 employees globally and offices in the innovation hubs of Silicon Valley and Mumbai. It was founded in 2015, and was the only participant in Disney Accelerator based in Asia. Disney’s accelerator “connects technology companies with the expertise and resources of The Walt Disney Company,” unlocking significant brand and marketing synergies. The company says it is the first to host an official Disney app on a kids’ robot platform.

Below is a little demo video the company produced, before it added all the Disney content to the platform. Ugh, it’s so adorable — if you need me, I’ll be over in the corner of the coffee shop squee-ing to myself.