DOJ will not criminally charge Sen. Richard Burr for stock trades he made after getting Covid intelligence 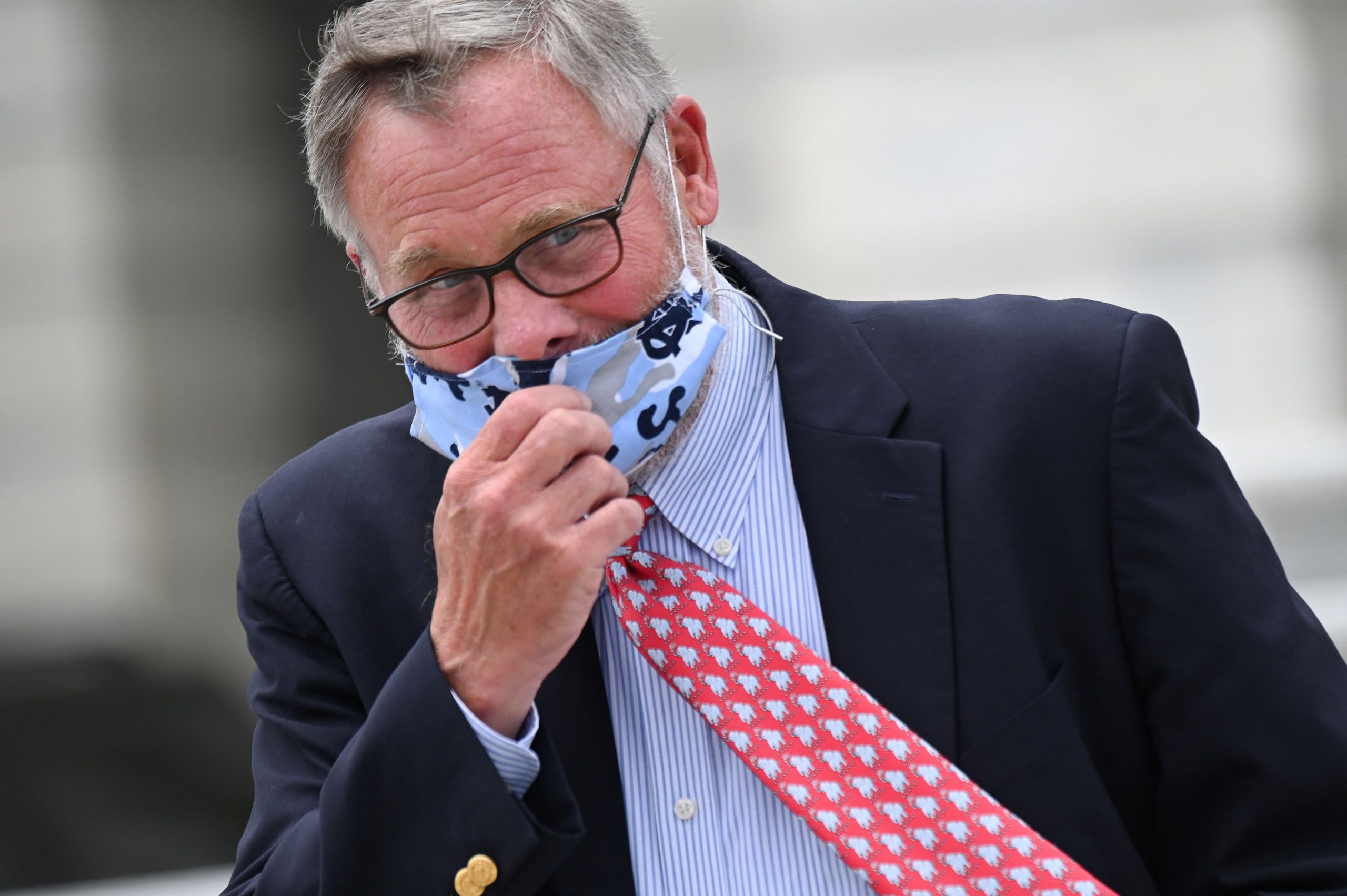 The Justice Department will not criminally charge Sen. Richard Burr in connection with stock trades that the North Carolina Republican executed on the heels of being briefed about Covid-19 last year, shortly before the coronavirus pandemic rocked the U.S. economy.

The probe of Burr had included the highly unsusual seizure of his cell phone by the FBI in May, and led to his stepping aside as chairman of the powerful Senate Intelligence Committee that same month.

„Tonight, the Department of Justice informed me that it has concluded its review of my personal financial transactions conducted early last year,“ Burr said in a statement Tuesday night.

„The case is now closed. I’m glad to hear it. My focus has been and will continue to be working for the people of North Carolina during this difficult time for our nation,“ Burr said.

The DOJ did not immediately respond to a request for comment from CNBC.

But a DOJ official confirmed to NBC News that the investigation was closed.

The closure of the probe puts an apparent end to a controversy that erupted last March, as the coronavirus pandemic’s first wave began slamming the United States.

Burr was one of several senators who raised eyebrows from stock trades made in their accounts that came after they received information that warned of the potential effects of Covid, but before the pandemic began spreading rapidly.

But unlike the other senators, Kelly Loeffler of Georgia, Dianne Feinstein of California, and Oklahoma’s James Inhofe, Burr did not deny that he decided to sell the stock himself, or that concerns about coronavirus were his primary motivation for the sale.

Only Burr was the subject of a sustained criminal investigation by DOJ for his stock trades. The other three, who like Burr had denied any wrongdoing, were told in May that they would not face criminal charges.

Members of Congress are legally barred from using nonpublic information they obtain through their official positions in order to personally profit off the stock market.

The STOCK Act that codified this ban was signed by President Barack Obama in 2012, after passing the Senate in a 96-3 vote. Burr was one of the three „nay“ votes on that law

As Intelligence chairman, Burr was given access in January and February in 2020 to classified intelligence reports which contained stark warnings about the coronavirus.

On Feb. 13 last year, Burr unloaded stock shares worth $630,000 to $1.7 million, with 33 individual trades made on that single day. The shares he sold represented a significant portion of his financial portfolio.

One week later, stock markets began plunging over fear that the pandemic would cripple the global economy. The bellwhether Dow Jones Industrial Average lost 30% of its value in the weeks following Burr’s trades.

ProPublica reported that on the day Burr sold his stocks, his brother-in-law Gerald Fauth himself sold tens of thousands of dollars worth of stock.

Fauth was appointed by Trump in 2017 to a seat on the three-member National Mediation Board, a federal agency that helps facilitate labor relations for the transportation industry.

At the time of the ProPublica report, Burr’s attorney Alice Fisher told the news outlet that Burr „did not coordinate his decision to trade“ with Fauth.

„From the outset, Senator Burr has been focused on an appropriate  and thorough review of the facts in this matter, which will establish that his actions were appropriate,“ Fisher said at that time.

Burr in late March had said, „I relied solely on public news reports to guide my decision regarding the sale of stocks.“

„Specifically, I closely followed CNBC’s daily health and science reporting out of its Asia bureaus at the time,“ he said.