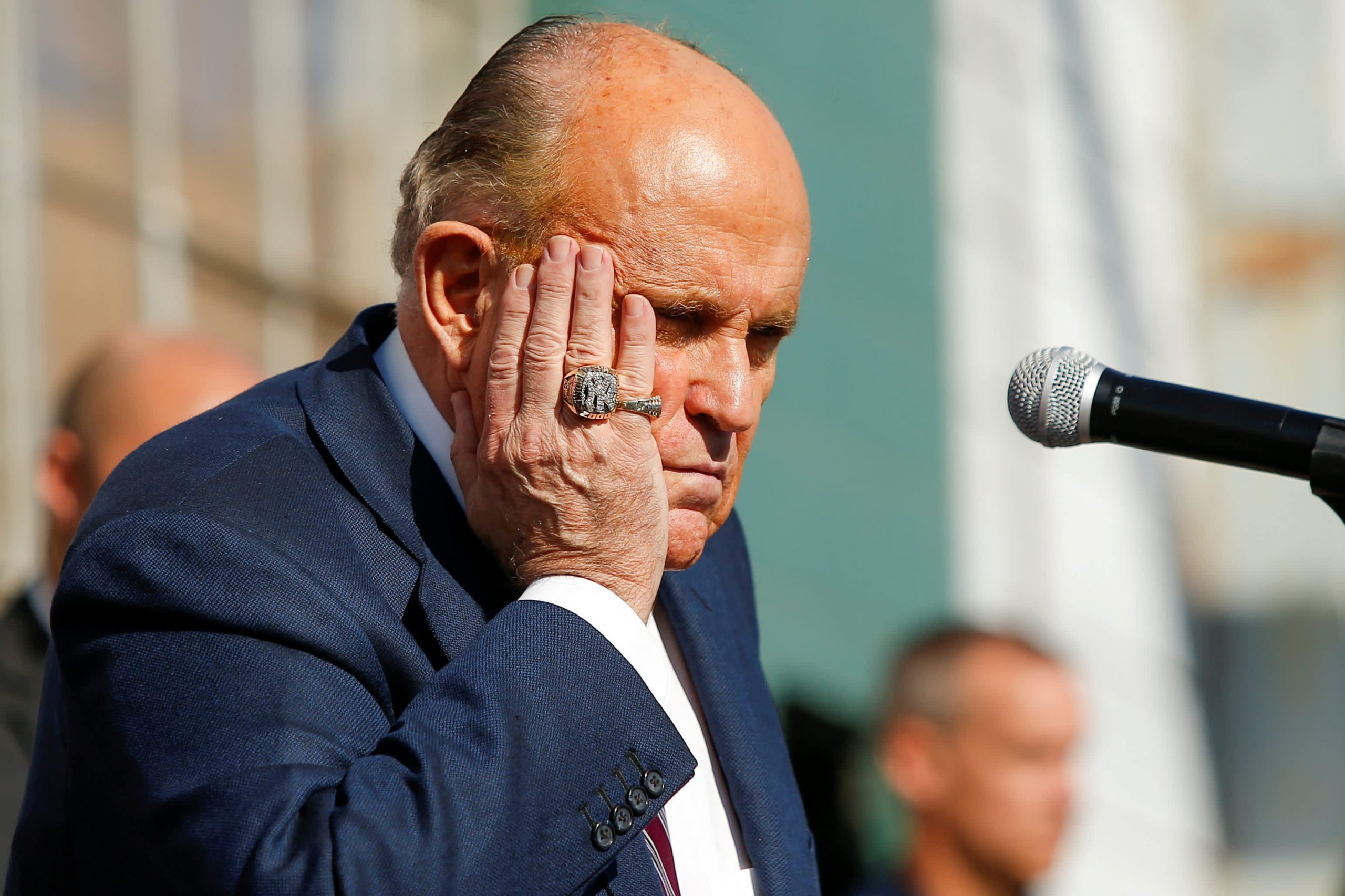 „While pushing the disinformation campaign that incited death threats and violence and caused hundreds of millions of dollars in damage, Giuliani cashed in by hawking gold coins, supplements, cigars, and protection from ‚cyberthieves,'“ Dominion legal counsel Thomas Clare said in a statement.

Giuliani was deeply involved in Trump’s efforts to overturn his loss to President Joe Biden in the 2020 election. The former New York City mayor argued repeatedly in public that Trump’s win had been stolen by widespread electoral fraud.

Dominion accuses Giuliani of promulgating the „Big Lie“ that Dominion had tampered with votes to fix the election for Biden, in order to „financially enrich himself, to maintain and enhance his public profile, and to ingratiate himself to Donald Trump for money and benefits he expected to receive as a result of that association.“

The lawsuit, filed in U.S. District Court in Washington, D.C., seeks more than $1.3 billion in compensatory and punitive damages. Dominion said in the 107-page legal complaint that its employees have been stalked, harassed and threatened as a „direct, foreseeable, and intentional result“ of Giuliani’s „viral disinformation campaign.“

Giuliani „actively propagated disinformation to purposefully mislead voters,“ Dominion CEO John Poulos said in a statement. „Because Giuliani and others incessantly repeated the false claims about my company on a range of media platforms, some of our own family and friends are among the Americans who were duped.“

Giuliani did not immediately respond to CNBC’s request for comment. The former federal prosecutor, who busted up the Mafia, represented the Trump campaign in court as it pushed to invalidate swaths of votes in key swing states that went for Biden.

Dominion’s lawsuit said Giuliani never brought up allegations against Dominion in court. In federal court in Pennsylvania — one of dozens of failed cases from the Trump campaign and Trump’s allies aimed at reversing the election — Giuliani had told a judge, „This is not a fraud case.“

Rather, the complaint cites more than 50 statements made by Giuliani on social media, to conservative news outlets and at state legislative hearings.