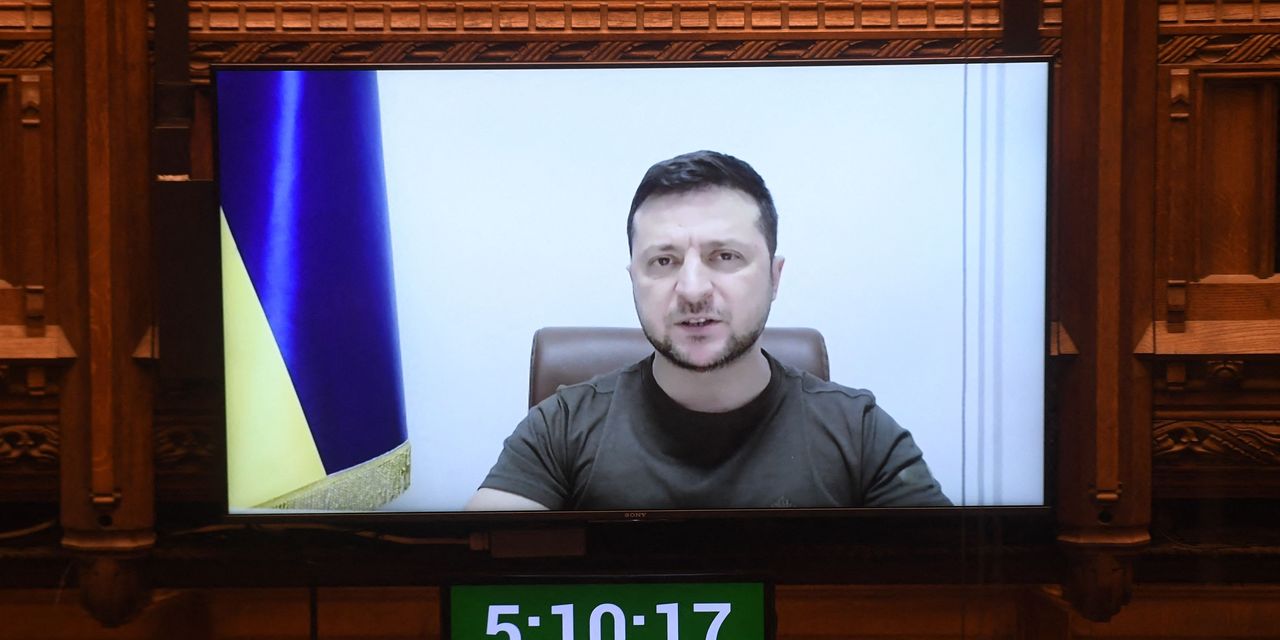 European stocks rallied at the start of trade on Wednesday, buoyed by an interview from Ukraine’s president in which he appeared to make major concessions.

and Deutsche Post
DPW,
.
Adidas set out optimistic guidance for 2022, including a return to growth in China. Deutsche Post announced a new share buyback as it guided for a steady profit excluding the impact of the conflict in Eastern Europe.

Of the major regional indexes, the German DAX
DAX,

Volodymr Zelensky told ABC News that “I have cooled down regarding the question” of NATO membership and said he was open to dialogue on the fate of Eastern Ukraine republics, Donetsk and Lugansky, that Russia recognizes as independent.

U.K. Prime Minister Boris Johnson this week said Ukraine had no “serious prospect” of NATO membership. Russia’s and Ukraine’s foreign ministers are due to meet Thursday in Turkey.

“While the contours of the end of this war are becoming visible, that doesn’t necessarily mean the fighting will stop any time soon,” said Arne Petimezas, senior analyst at AFS Group.

Polymetal International
POLY,
,
the Anglo-Russian gold miner, surged 37%. Polymetal said for European Union sanctions purposes, it is not owned by or acting at the direction of a person connected with Russia.

How will Russia's war with Ukraine end? Here are 5 possible outcomes