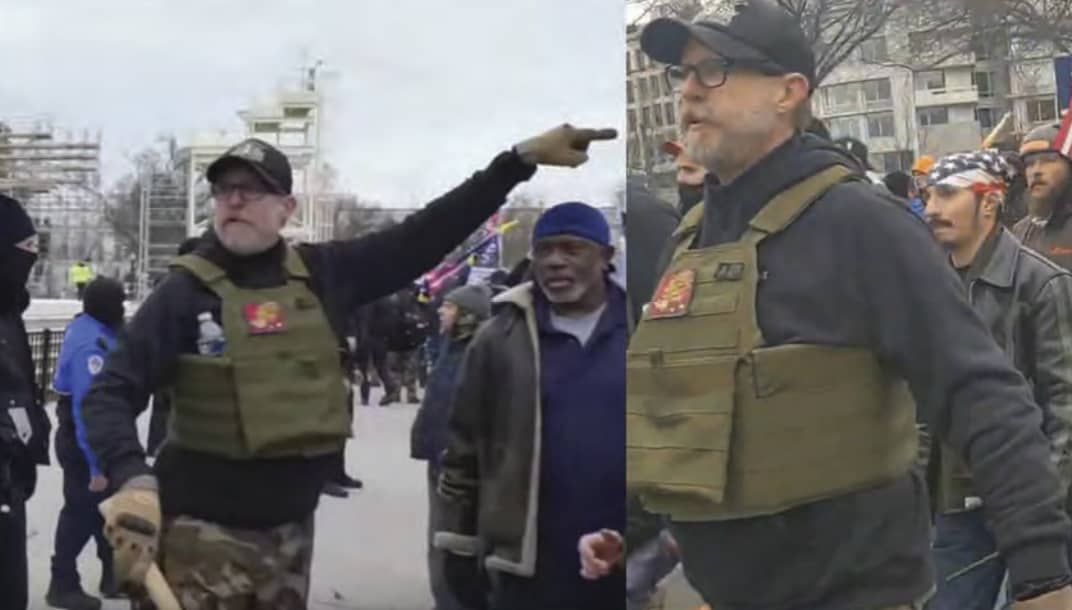 Federal authorities on Thursday arrested five people on conspiracy charges related to the Jan. 6 Capitol riot, where several of them were seen in the company of members of the extremist right-wing Proud Boys group.

The five are accused of acting in concert with each other to prevent law-enforcement officers at the Capitol from controlling the mob of Trump supporters, and of obstructing an official proceeding of Congress that day.

One member of that group, William Chrestman, is accused of toting a wooden axe handle or club as he yelled at Capitol Police officers who were attempting to guard the complex, „You shoot and I’ll take your f—ing a– out!“

The other people charged in the case are Christopher Kuehne, Louis Enrique Colon, Felicia Konold and Cory Konold.

The Konolds, who are siblings, are from Tucson, Arizona, while the other defendants are from the Kansas City area.