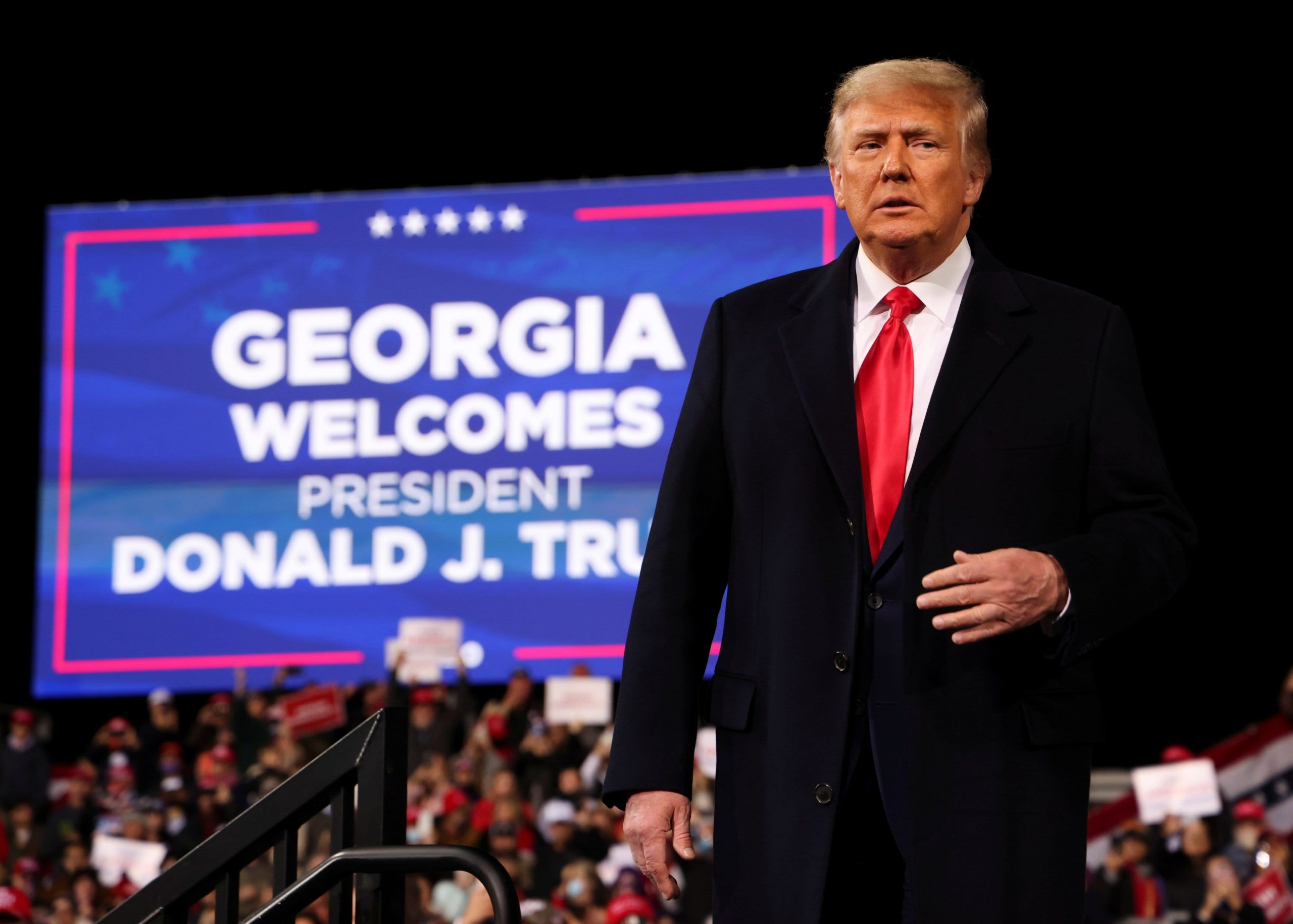 Republican election officials in Georgia on Sunday continued to rebut Donald Trump’s false claims of voter fraud, as the outgoing president tries to pressure the governor to help overturn President-elect Joe Biden’s win in the state

„This undermines democracy,“ said Sterling, who is a Republican. „We have got to get to a point where responsible people act responsibly.“

Georgia Secretary of State Brad Raffensperger also countered the president’s baseless claims of election fraud on Sunday morning in an interview on „This Week“ with ABC.

„We’ve never found systemic fraud, not enough to overturn the election,“ he said.

The Republican election officials made their comments a day after Trump appeared at a rally in Valdosta, Georgia, where he was campaigning for Sens. Kelly Loeffler and David Perdue who face runoff elections. There, he continued to claim without evidence that the election was stolen from him.

The event was intended to encourage turnout for the Jan. 5 runoffs, which will determine the balance of power in the Senate.

„We’re all deeply disturbed about the lying, cheating, robbing, stealing that’s gone on with our elections,“ Trump alleged at the rally.

Votes in Georgia have been recounted by hand and affirmed Biden’s win. The results were certified on Nov. 20.