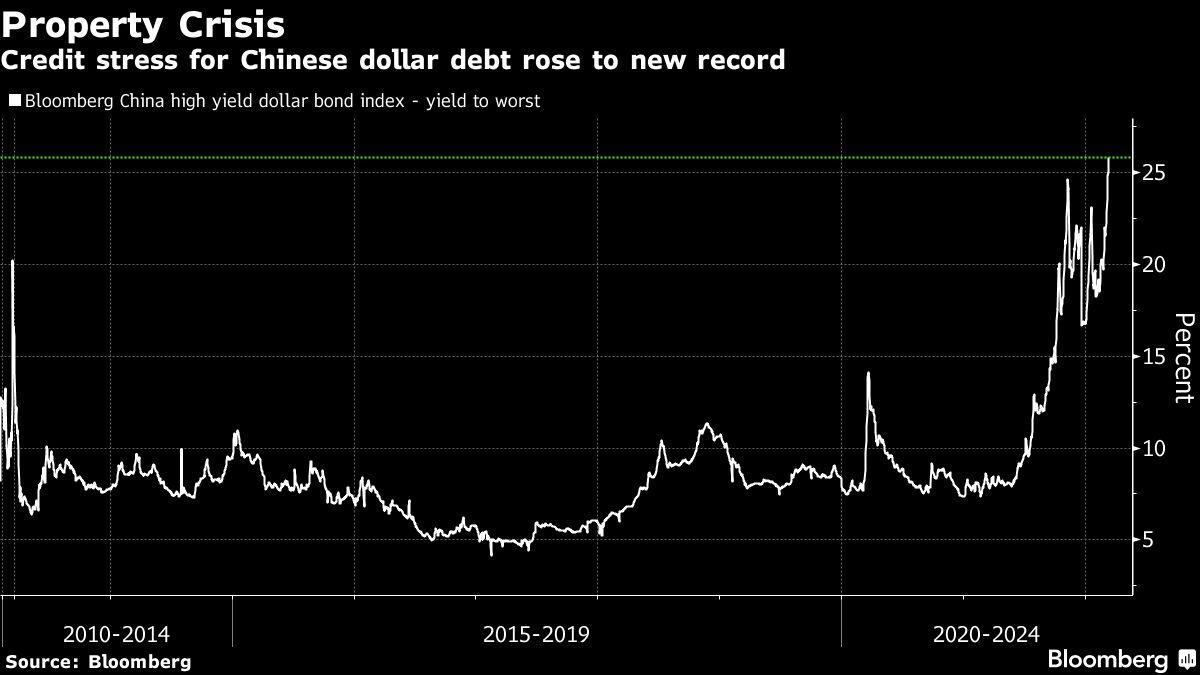 (Bloomberg) — It took one of the biggest stock-market routs in Chinese history, but President Xi Jinping may finally be heeding the concerns of international investors.

A sweeping set of promises this week from Xi’s government to make regulation more transparent and predictable — as well as a commitment to overseas markets including Hong Kong — suggests authorities are appealing to investors abroad. The ruling Communist Party is seeking to regain the trust of international funds and the global business community after the country was lumped in with Russia as an “uninvestable” destination.

China has more overtly distanced itself from Russia over the past week, saying it wants to avoid being impacted by U.S. sanctions and promising to “never attack” Ukraine. Xi is set to speak with U.S. President Joe Biden on Friday morning in Washington for the first time since Russia’s invasion.

Xi’s shift contrasts with the unbending strategy of his friend President Vladimir Putin, despite global sanctions decimating Russia’s economy. While China still needs to follow through with this week’s pledges, the rhetoric has helped reduce turmoil in the nation’s financial markets. A gauge of Chinese stocks in Hong Kong rebounded at the fastest pace since the 1998 Asian financial crisis.

“The market was in freefall — a clear signal was needed from a senior level to clear the air,” said Victor Shih, an associate professor at the University of California San Diego who researches elite Chinese politics. “I think unclear and even deleterious policy conditions were beginning to create an all-out panic.”

In the latest potential shift, Xi pledged at a Politburo meeting to limit the economic impact of the country’s Covid-Zero policy, the first time he has done so during the pandemic.

Hong Kong’s leader Carrie Lam on Thursday promised a review of Covid-fighting measures that have spurred a growing exodus from the business community. That came a month after Xi told local officials bringing the omicron outbreak under control was “a mission that overrides everything.”

Among other notable developments this week, China’s securities watchdog is considering giving U.S. regulators access to company audits as soon as this year, people familiar with the matter said. This would be Beijing’s biggest concession since Chinese firms first listed in the U.S. more than two decades ago, and may help ease concern about forced delistings.

The State Council said a crackdown on internet platform companies would be completed “as soon as possible.” Increased regulation helped wipe as much as $661 billion off Alibaba Group Holding Ltd.’s shares alone since their 2020 peak.

The Finance Ministry said it won’t expand a property tax trial this year — a plan that had been floated in October. China’s cabinet said it would resolve risks around property developers. A liquidity crisis for builders such as China Evergrande Group has weighed on the nation’s property, stock and credit markets for months. Previously, officials described the collapsing value of such firms as a market event which wouldn’t necessitate government intervention.

Xi’s government had until now displayed little concern for the rout in Chinese markets. State-directed campaigns like “common prosperity” limited private sector-growth and dragged the MSCI China Index of stocks down 22% last year — the biggest underperformance versus global shares since 1998. Investors in Chinese junk dollar bonds suffered their worst relative returns in more than a decade.

But with Xi set to seek a third term as president in a twice-decade leadership reshuffle later this year, the Communist Party is prioritizing stability above all else.

The need for the government to act had been growing more urgent. Global confidence in Chinese financial markets was by some metrics the weakest since the financial crisis in 2008, with stocks cratering, credit plunging and record outflows from government bonds undermining the currency’s strength. Hong Kong’s reputation as an international finance hub has been called into question, after two years of closed borders spurred at least tens of thousands of residents to abandon the city.

China’s worst Covid outbreak since Wuhan and Putin’s invasion of Ukraine pose new and unpredictable threats to China’s already slowing economy. Authorities risk a downward spiral in their bursting of a property-market bubble, with the largest developers suffering a 43% year-on-year decline in home sales in the first two months.

The central bank’s decision this week to refrain from cutting interest rates served as a reminder that monetary policy will remain prudent. Bulls got burned so many times in the past year that few are convinced the worst is finally over. Markets remain volatile, with the Hang Seng China gauge falling as much as 3.6% on Friday before recovering.

Xi’s government has faced collapsing investor confidence before. Heavy-handed intervention in the domestic stock market in 2015 after a bubble burst drew criticism from global funds, who said officials were turning their backs on free-market reforms. A messy devaluation of the yuan the same year spurred capital outflows and raised questions over the competence of China’s oversight of financial markets. In 2018, the CSI 300 Index lost about a quarter of its value in a rout triggered by the Sino-U.S. trade war.

Yet each time Xi’s government pushed ahead with plans to further open up China’s capital markets and attract foreign funds. The country’s domestic shares were added to MSCI indexes in 2018, and bonds included in global benchmarks from the following year.

The need to ensure global investors are on China’s side is unlikely to end any time soon.

“China can not develop in isolation of the world and nor can the world develop without China,” Vice President Wang Qishan said in a speech at the Bloomberg New Economy Forum in November. “China will keep its arms wide open, provide more market investment and growth opportunities to the world.”