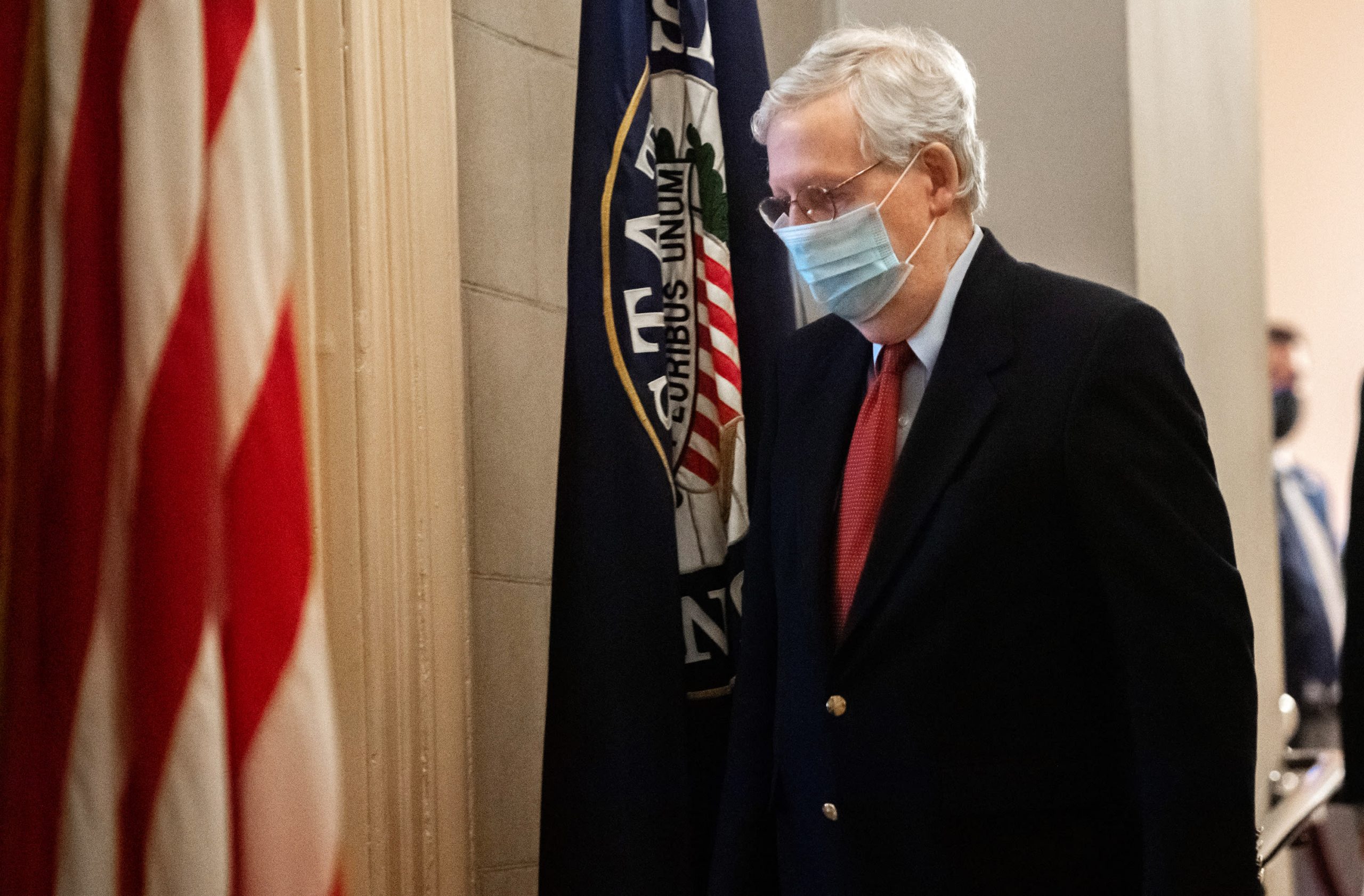 Congress moved perilously close to letting the government shut down as lawmakers failed Friday to put the finishing touches on a massive spending and coronavirus rescue package.

Leaders on Capitol Hill have said for days they are close to a deal on a $900 billion relief proposal that would accompany a $1.4 trillion spending bill. However, some new disputes have prevented Washington from sending fresh aid to struggling Americans for the first time in nearly nine months.

Ahead of the midnight Friday deadline to pass a spending bill, Congress moved to try to approve a measure to keep the government running for two more days, CNBC confirmed, according to two sources. Senate Majority Leader Mitch McConnell, R-Ky., gauged whether any senators would object to passing the stopgap spending bill.

Passing a temporary spending measure known as a continuing resolution „could prove to be a pretty heavy lift,“ No. 2 Senate Republican John Thune of South Dakota told reporters Friday. To approve the measure quickly, the Senate would need the support of every senator. A handful of lawmakers have suggested they could hold up passage of a short-term spending bill.

Thune also signaled it could take days more to iron out a final coronavirus aid package as millions of Americans await help.

„It’s coming together, it’s just taking time, but it’s slower,“ he said. „And you know I think we have to assume that even when there’s a deal announced, that by the time it gets written up and processed, we’re going to be pushing through the weekend.“

Just after 2 p.m. ET on Friday, House Majority Leader Steny Hoyer, D-Md., said the chamber would go into a recess until 5 p.m. while congressional leaders try to get a „clearer picture“ of how to move forward. He told representatives to keep Friday night, Saturday and Sunday free.

If lawmakers can approve a spending bill before Monday, the damage from a lapse in federal funding would be limited.

Congressional leaders have pledged to work through the weekend and pass a bill before they head home for the holidays. The health and livelihoods of millions of Americans depend on Congress sending out more aid before the end of the year.

Only hours earlier, McConnell described an agreement as imminent.

„The talks remain productive,“ McConnell said Friday morning. „In fact, I am even more optimistic now than I was last night that a bipartisan, bicameral framework for a major rescue package is very close at hand.“

As health-care workers start to receive Covid-19 vaccinations during a crushing wave of infections across the country, continued distribution of shots will require federal funding. The outbreak has killed more than 310,000 people nationwide as the U.S. struggles to contain its spread.