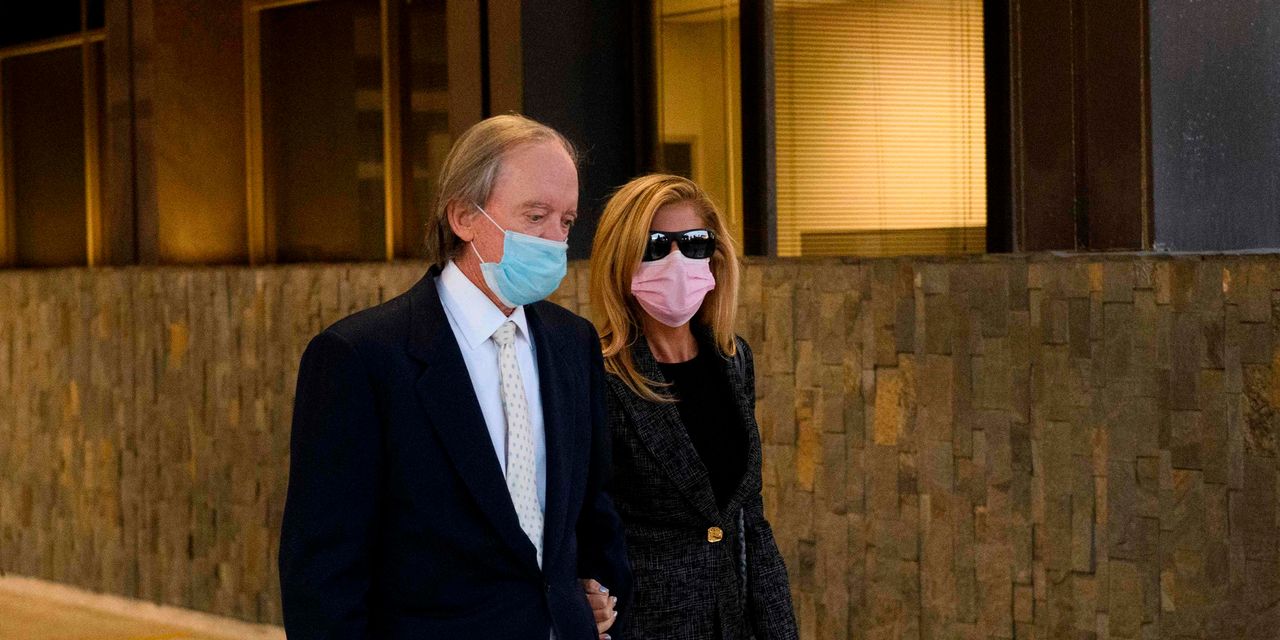 Fresh off his legal spat with his neighbor, investment pro Bill Gross has some views about the stock market and bulls aren’t going to like it.

The legendary bond-fund manager, once referred to admiringly on Wall Street as the ‘Bond King’, hasn’t been laser focused on the gyrations of the market since retiring from Janus Henderson back in 2019—until recently.

But recent moves in the markets apparently have compelled Gross back to delivering his monthly market outlooks, not to mention the conclusion of his legal dispute with his neighbor, which included his blasting of the “Gilligan’s Island” theme song.

“But away from Gilligan, the Skipper and the S.S. Minnow and on to more important matters like ‘Wonder Woman 1984’ reviews (100% green tomatoes — don’t think of watching) and maybe the Bubblicious stock market,” Gross writes.

“So why is it that stocks are so high and IPOs like DoorDash
DASH,

soared 80 percent on its first day of issue and Airbnb
ABNB,

…Robinhood and momentum rule,” he concludes.

“This market is driven—yes—by intense speculation, but also by fiscally pumped, central bank-primed corporate earnings, which when discounted to present value by near zero nominal and in many cases negative real interest rates, produce record stock prices,” Gross wrote, referring to rates that sit at around 0% and 0.25% and real yields, bond yields accounting for inflation, are trading in subzero territory.

That means investors are earnings very little on savings or are actually willing to lose money for the perceived safety of holding government bonds adjusting for inflation.

In that world, investors are being driven to riskier areas of the market, notes Gross.

“My point though is that the 200-basis point decline in real 10 year treasury yields since January 2019, has been instrumental in the 50% price increase in the S&P 500 over the same period,” wrote Gross, referencing the 10-year Treasury note yield
TMUBMUSD10Y,
,
which stands under 1%, compared with the aggregate yield for the S&P 500 index
SPX,

The 76-year-old investment pro points to the Federal Reserve’s asset purchasing programs and other stimulative measures that are providing an extraordinary backstop in financial markets, as well as the fiscal relief packages from Washington, as part of the underpinning for investor ebullience in the face of what he perceives as inflated values.

He also suggests that the market and economy may get too used to injections from the government.

“And how many fiscal packages can the stock market stand before it realizes that GDP is now opioid-like, dependent on more and more dollars from Washington that turn our Republican supply-side capitalistic behemoth into a—gasp!–’universal income-like’ sluggo similar to Europe?”

For now, Gross appears to be attributing the lion’s share of the recent gains for the Dow Jones Industrial Average
DJIA,
,
the S&P 500 index and the growthy companies in the Nasdaq Composite Index
COMP,
,
including Tesla
TSLA,
,
to uberlow and negative interest rates in force.

It’s not clear how long the beat goes on for markets in 2021, however, Gross notes.

His report for January comes after Gross and his partner, Amy Schwartz, were ordered by Superior Court Judge Kimberly Knill to not violate the noise provisions of the Laguna Beach municipal code or play music on their outdoor speakers and directed them to stay at least 16 feet away from their seaside neighbor.

The ruling stemmed from Gross’s neighbor, Mark Towfiq, alleging a “targeted campaign of harassment” after he complained about a large glass statue that he said was erected without permits. Gross also played the theme to the sitcom Gilligan’s Island, and other loud music, on repeat in retaliation for Towfiq’s complaint, court documents show.