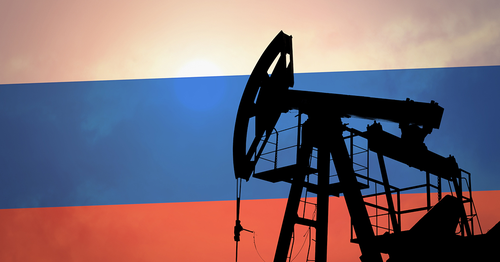 Last week the United Arab Emirates (UAE) suspended visa waivers for Ukrainian nationals, only to reverse the decision 48 hours later. The abrupt U-turn highlights part of the dilemma facing Gulf states, and the Middle East more broadly, in reacting to Russia’s invasion of Ukraine. More importantly, perhaps, the surge in oil prices is providing a windfall for oil exporters, but is straining other economies in the region.

Russia’s position within OPEC+ and close relations with Saudi Arabia adds another layer of complexity, with the latter reluctant to exploit Russia’s problems by boosting production. On an annualized basis, oil at $100 a barrel increases GDP across the Gulf region by 0.7%-1%, Capital Economics said in a research note. The gains could be an opportunity for major oil exporters such as Saudi Arabia and the UAE to loosen budgets and push ahead with plans to liberalize their economies.

Yet a prolonged period of high energy prices is a major threat to global economic stability. Some analysts warn oil prices could exceed $200 a barrel and trigger a global recession. “With prices at $200 a barrel and above we are likely starting to seriously damage demand and the economy,” according to Bjarne Schieldrop, chief commodities analyst at SEB. Such a substantial downturn in demand might see energy prices quickly unravel, with Brent crude down to $40 a barrel as early as the first quarter of next year, he adds.

In the meantime, IPOs—a key feature of recent economic activity in the Gulf—could persuade governments to offload related assets. Oil giant Saudi Aramco’s valuation vaulted to $2.3 trillion following a record rise in its share prices amid reports the company plans to sell a further 2.5% stake, probably on an international exchange. A shift away from Europe’s dependency on Russian gas supplies could also incentivize gas exporters in Qatar, Egypt and Oman, to invest in new capacity.

But elsewhere in the Middle East the crisis threatens to hit economies—possibly even hard enough to spark social unrest. Egypt, the world’s largest importer of wheat, relies heavily on wheat imports from both Russia and Ukraine. With subsidies set to be cut, the recent jump in commodity prices will bring on higher inflation, Capital Economics forecasts, and Egypt’s public finances will take a hit too. Cuts in subsidies and food inflation led to protests in the Arab Spring in 2011.

Analysts say the region’s sovereign wealth funds have limited exposure to the crisis and may take advantage of their long-term investment horizon to strengthen relations with Russia or acquire assets at bargain prices. Even so, some funds are under strain.

“Qatar Investment Authority is facing paper losses of about $6 billion (and) right now, these assets have no liquidity,” Veljko Fotak, associate professor of finance, University at Buffalo School of Management said in an e-mail. QIA had about $16 billion of Russian assets before the war, with Rosneft Oil and VTB Bank among the biggest positions.

Abu Dhabi has Russian investments totaling around $6 billion via the Abu Dhabi Investment Authority and Mubadala. Meanwhile Saudi Arabia’s Public Investment Fund recently committed to invest $10 billion in Russia, but it is not clear if any of the funds were deployed, Fotak adds.