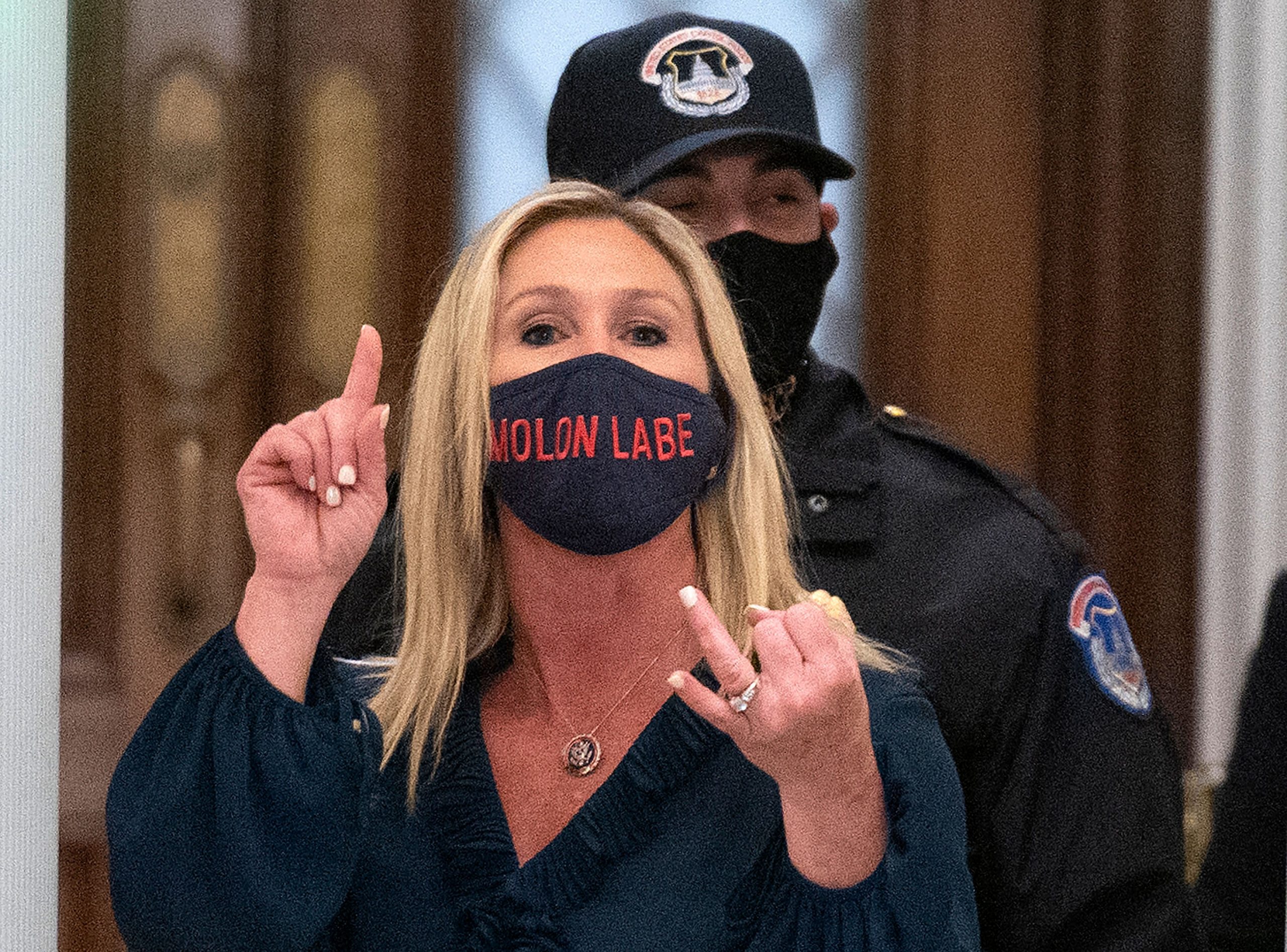 The move comes amid resounding criticism of Greene for a series of extreme remarks she made before winning her congressional seat, and mounting pressure on Republican leaders to censure or condemn those comments.

The resolution ousting Greene from the Budget Committee and the Committee on Education and Labor passed in the House Rules Committee on Wednesday afternoon.

Hoyer, D-Md., said in a statement Wednesday that there will be a vote on the resolution Thursday on the floor of the House.

„It is clear there is no alternative to holding a Floor vote on the resolution to remove Rep. Greene from her committee assignments,“ Hoyer said, noting that he had spoken with House Minority Leader Kevin McCarthy, R-Calif., about Greene.

McCarthy had proposed to Hoyer that Republicans would take Greene off the Education Committee if she could hold onto her Budget Committee assignment, a source with knowledge told NBC News. Hoyer rejected that deal, which would have avoided a vote on the House floor.

Greene’s assignment to the Education Committee has proved more controversial in light of reports she mocked a school shooting survivor and suggested that other shootings were hoaxes.

McCarthy met with Greene on Tuesday evening in his Capitol office. He offered no immediate comment following that discussion.

But in a statement later Wednesday, McCarthy said that he „unequivocally“ condemns Greene’s many controversial remarks about „school shootings, political violence, and anti-Semitic conspiracy theories.“

The Republican leader said he made clear to Greene during their meeting that „as a member of Congress we have a responsibility to hold ourselves to a higher standard,“ and that „her past comments now have much greater meaning.“

„Marjorie recognized this in our conversation. I hold her to her word,“ McCarthy said in his statement.

But Greene has not publicly apologized for her past remarks, and has declared as recently as Wednesday that „we owe them no apologies“ and „we will never back down,“ referring to criticism from Democrats and the media.

McCarthy’s statement said that his offer to Hoyer was intended as a „path to lower the temperature and address these concerns“ about Greene. But „Democrats are choosing to raise the temperature by taking the unprecedented step to further their partisan power grab regarding the committee assignments of the other party,“ McCarthy said.