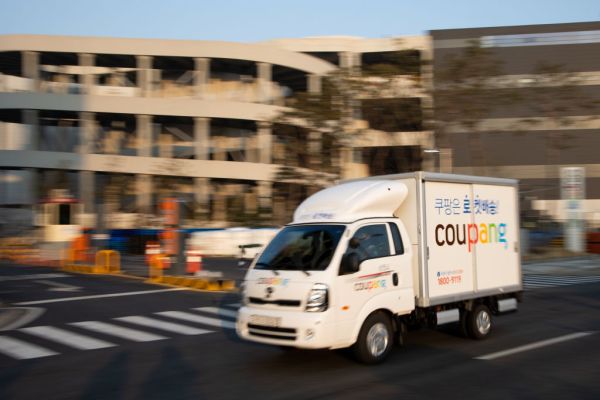 South Korean e-commerce platform Coupang said its first-quarter net loss shrank by 29% from a year earlier. The company posted a net loss of $209.2 million in Q1 this year, in contrast to last year’s net losses of $295 million in Q1 and $404.9 million in Q4, respectively.

Investors cheered the result, sending the value of Coupang’s stock up more than 13% in pre-market trading.

The SoftBank Vision Fund-backed company said in its earnings release it “recorded the highest gross profit and gross profit margin in the company’s history,” which in turn helped its product commerce segment achieve profitability in Q1.

Coupang’s revenue grew to $5.12 billion in the period ending in March 2022, up from $4.2 billion in Q1 2021, representing 22% growth. The company also disclosed that its number of active customers grew 13% year over year.

Saying that its results were “driven largely by initiatives around process improvement, automation and supply chain optimization,” Coupang managed to notch a $194 million improvement from Q4 2021 in its adjusted EBITDA, a heavily-adjusted profit metric.

The company was not profitable according to the measure, however, disclosing that its Q1 2022 adjusted EBITDA was -$91 million, albeit an improvement from red ink of $132.9 million a year earlier.

“While we saw some headwind from inflation and some supply chain disruption in the past quarter, our result was net positive, due to improvement of process and technology, utilization of capacity, supply chain optimization and [we] continue to scale advertising among other areas,” Kim said.

One of Coupang’s fastest-growing offerings is Rocket Fresh, a same-day delivery service for fresh food in South Korea, which delivers to customers’ doors within hours of purchase, according to Kim. The service is available for subscribers to Coupang’s membership program, Rocket Wow Club. (Such rapid delivery services have become popular around the world, despite concerns about their profitability.)

The firm recently raised its membership price for both new and existing customers to improve its profitability.

“There continues to be a lot of unpredictable variables in the short term as we mentioned, but [the long-term trajectory] we will continue to see growth significantly faster than the e-commerce segment,” Kim said in the call.

As the company’s size gets bigger, it expects to see more benefits coming from economies of scale, and its ability to invest either in software and hardware automation and efficiency projects will help grow, the company said.

In March, SoftBank Vision Fund sold 50 million shares worth $1 billion for $20.87 each in Coupang after the Japanese fund had sold Coupang shares worth $1.69 billion in September 2021, according to filings to the U.S. Securities and Exchange Commission.