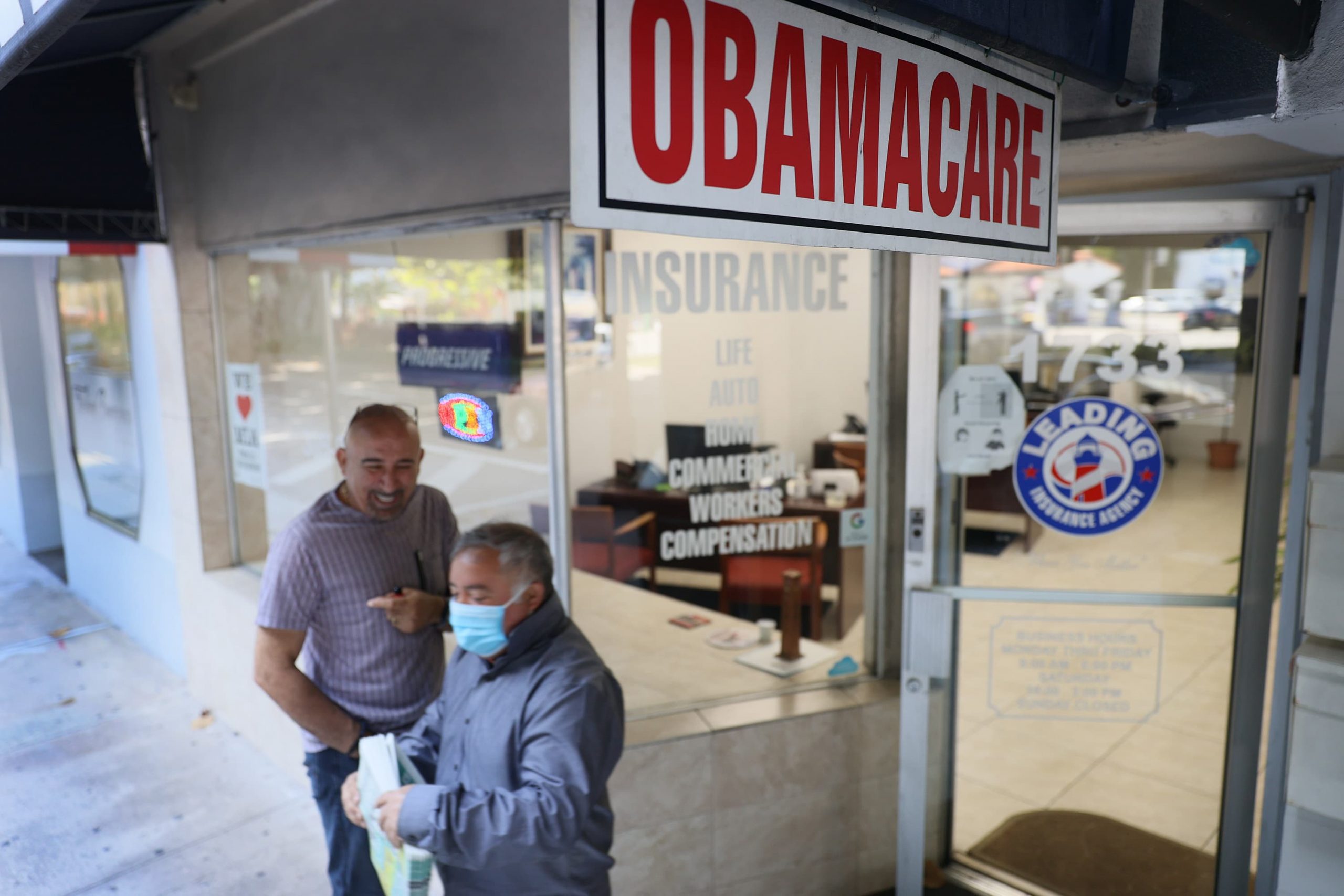 The Department of Justice notified the Supreme Court on Wednesday that it no longer considers Obamacare to be unconstitutional, the latest reversal from the department since President Joe Biden was inaugurated in January.

The Supreme Court is considering a challenge to Obamacare, formally known as the Affordable Care Act, brought by Texas and other Republican-led states. The Justice Department under former President Donald Trump backed Texas in legal briefs and during oral arguments in November.

California and other blue states are defending the law, under which 20 million Americans have gained health care coverage.

„Following the change in Administration, the Department of Justice has reconsidered the government’s position in these cases,“ Edwin Kneedler, deputy solicitor general, wrote in a letter to Scott Harris, the Supreme Court clerk.

The reversal from Biden’s Department of Justice was expected. Biden played a role in shepherding the monumental legislation through Congress in 2010 while serving as vice president under then-President Barack Obama.

The case concerns Obamacare’s individual mandate provision, which requires most Americans to obtain health insurance or pay a penalty.

The Supreme Court previously upheld the individual mandate as lawful under Congress’s taxing powers. After Republicans in Congress set the penalty to $0 in 2017, Texas brought its challenge, arguing that the mandate was no longer a tax.

The Justice Department under former President Donald Trump agreed that the mandate was unconstitutional. The department also argued that if the Supreme Court scrapped the individual mandate, it must strike down the entire Affordable Care Act.

Kneedler wrote that the Justice Department under Biden reversed its position on both questions. The department, he wrote, believes that the individual mandate provision is lawful, and that if the court finds that it is not, the provision may be removed while the rest of the act remains standing.

During oral argument in the case, the justices seemed unlikely to scrap the legislation entirely, though it was not clear whether a majority would find the individual mandate unlawful. Chief Justice John Roberts and Justice Brett Kavanaugh, both conservatives, suggested they supported severing the individual mandate provision from the rest of the sprawling law.

Kneedler, who has served in the Justice Department for more than 40 years under presidents of both major political parties, wrote in the letter that the department was not seeking to file more briefs in the case. A decision is expected over the summer.

New tax rule could mean bigger tax refunds for some families, but only if they’re savvy