Kohl’s Is a Takeover Target. What That Means for the Stock. 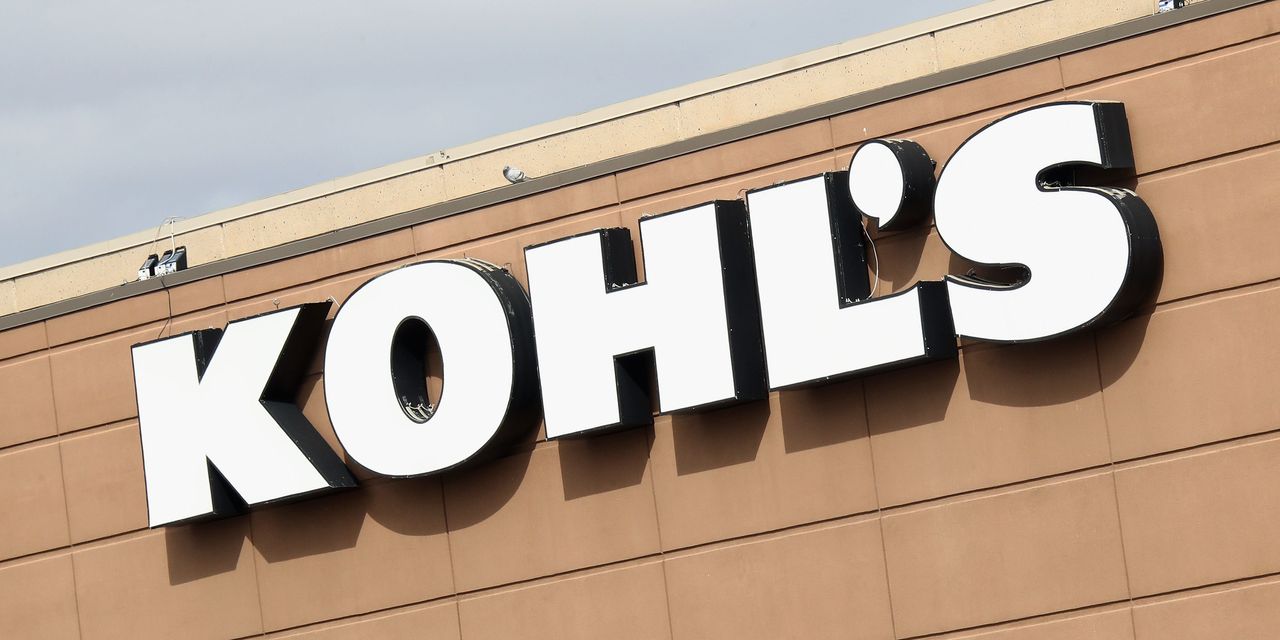 investors have been trapped between hopes for a takeout and subpar fundamentals. All their worries could fade, however, if a deal eventually happens.

Hudson
’s
Bay were preparing takeover offers that could value the company at more than $9 billion. Kohl’s saw a similar surge the previous week, when proxy filings showed that it had fielded queries from other potential suitors, as well. These developments followed February reports that private-equity firm Leonard Green & Partners was interested in bidding.

When asked to comment, a Kohl’s spokesperson directed Barron’s to the company’s previous statement about its ongoing engagement with potential buyers: “The board [of directors] will measure potential bids against a compelling standalone plan and choose the path that it believes maximizes shareholder value.”

Shareholders seem to be firmly in favor of a sale, and that makes sense. While Kohl’s has made smart moves like partnering with

(AMZN) and Sephora, it continues to operate in a difficult and shrinking area of retail. Its holiday quarter was good enough to send the stock up 2.1% on March 1 after its earnings were released, but the results didn’t quite match up to those of peers such as

(M). Even the company didn’t seem all that excited when it held its investor day on March 7, which was uninspiring enough to cause the stock to fall 13%.

It’s the kind of situation that could make a takeover more likely to happen than not. “It seems like where there’s smoke, there’s fire,” says Gordon Haskett analyst Chuck Grom. “You have three [companies] potentially looking to bid on Kohl’s, and all three are legitimate; they’ve been known to do leveraged buyouts in the retail space.”

All that may be standing in the way of a deal is price. Sycamore and Hudson’s Bay are said to be mulling offers “in the high $60s a share,” according to The Wall Street Journal, though some think the price could be higher.

John Buckingham, a portfolio manager at value-focused Kovitz Investment Group, notes that Kohl’s average 10-year trailing price-to-earnings ratio has been 12 times, which would equate to more than $80 a share. “The market does not seem to be willing to reward retailers with rich valuations these days, but we do not think our current long-term target price of $81 is a stretch,” he says. That would be about 30% above Thursday’s close of $62.53. The Trader column recommended the shares at $54.07 on a dip last May.

If a deal is reached, the shares would jump. And even with some big swings recently, the stock has hewed consistently within a roughly $50-$65 range since the takeover talk took hold in late January. As long as a transaction is possible, don’t expect Kohl’s to drop too much below $55.

A takeover wouldn’t solve all of Kohl’s problems, and the question remains what strategies a private owner could pursue to juice growth in a challenging environment. But if Kohl’s were to sell itself, that wouldn’t be the shareholders’ problem anymore.

Write to Teresa Rivas at teresa.rivas@barrons.com

How the Russia-Ukraine war could hit China's trade