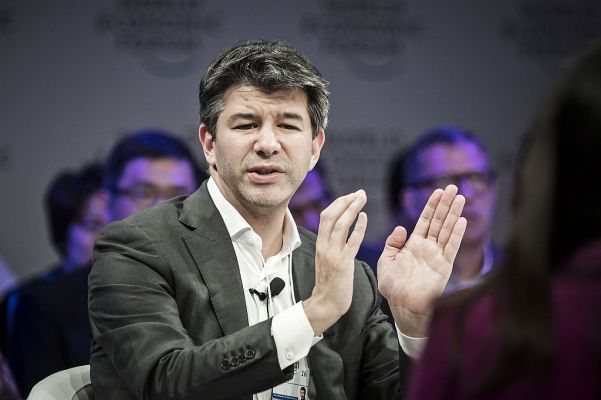 Thousands of leaked confidential files reveal a treasure trove of sketchy and unlawful behavior from Uber. The Uber Files, which were originally shared with The Guardian and the International Consortium of Investigative Journalists, show a company that has knowingly broken laws, gone to extreme lengths to avoid justice, secretly lobbied governments, received aid from top politicians and exploited violence against drivers to drum up business.

The damning leak of more than 124,000 documents, now known as the Uber Files, spans a five-year period between 2013 and 2017. It covers Uber’s operations across 40 countries when Uber was still run by co-founder Travis Kalanick, who took an aggressive approach to bringing the ride-hailing service into cities around the world, even when doing so would break local laws and taxi regulations.

The documents, which include 83,000 emails and 1,000 other files including conversations, reveal for the first time Uber’s $90 million-a-year lobbying and public relations campaigns to gain the support of world leaders, such as French President Emmanuel Macron, in order to disrupt Europe’s taxi industry.

In a statement, Uber spokesperson Jill Hazelbaker acknowledged the many mistakes made by Uber under the stewardship of Kalanick, but that his replacement, Dara Khosrowshahi, was “tasked with transforming every aspect of how Uber operates” and has “installed the rigorous controls and compliance necessary to operate as a public company.”

“We have not and will not make excuses for past behavior that is clearly not in line with our present values. Instead, we ask the public to judge us by what we’ve done over the last five years and what we will do in the years to come,” she said.

In the past five years, the company has continued to spend millions on lobbying and marketing campaigns so it can go on treating its drivers as independent contractors, rather than employees. The company also recently shot down a shareholder proposal to gain transparency around Uber’s lobbying efforts.

Contrary to Hazelbaker’s statement that Uber is a company reformed since 2017 — which is when Kalanick resigned as CEO amid a storm of concerns about Uber’s workplace culture, including allegations of sexual harassment, racial discrimination and bullying — Uber has continued to operate its service as is, even when local laws stipulate drivers must be treated as employees. And, despite violent protests and attacks on drivers that date well beyond 2017, Uber has continued to operate in countries and cities where local regulators say drivers must have a license to operate a taxi service.

Let’s break down some of what’s inside the Uber Files.

‘Emmanuel’ and ‘Travis’ on a first-name basis

Paris was the first European city that Uber launched in, and the city fought hard against the new tech company. French taxi drivers staged protests that often turned violent. But Macron, who in 2014 had just been appointed minister for the economy, thought Uber would help create new jobs and economic growth. After meeting with the company’s lobbyists that October, Macron became a champion for Uber’s interests within government, one who would work to rewrite laws in Uber’s favor, the files show.

Mark MacGann, an Uber lobbyist, described the meeting as “spectacular. Like I’ve never seen,” and said, “Lots of work to come, but we’ll dance soon.”

Macron and Kalanick, who soon were on a first name basis, met at least four times, according to the files, including in Paris and at the World Economic Forum in Davos, Switzerland.

“The openness and welcome we receive is unusual in government-industry relations,” Uber wrote to Macron, noting that it was “extremely grateful” for its kind treatment.

During that year, Macron worked with Uber to rewrite France’s laws governing its services. Uber had launched UberPop, a service that allowed unlicensed drivers to offer rides at a discounted price. The service was banned by the government initially, but as is Uber’s way, it kept the service going as it challenged the law.

“Uber will provide an outline for a regulatory framework for ridesharing,” an email from Kalanick to Macron reads. “We will connect our respective teams to start working on a feasible proposal that could become the formal framework in France.”

When, in June 2015, the taxi driver protests became violent, Macron texted Kalanick saying that he would “gather everybody next week to prepare the reform and correct the law,” according to the files. On the same day, Uber suspended UberPop in France. Later that year, Macron signed off on a decree relaxing requirements for licensing Uber drivers.

A spokesperson for Macron said in an email to the BBC: “His functions naturally led him to meet and interact with many companies engaged in the sharp shift which came out during those years in the service sector, which had to be facilitated by unlocking administrative and regulatory hurdles.”

Aside from Macron, the files also reveal how Neelie Kroes, an ex-EU digital commissioner and one of Brussels’ top officials, was talking to Uber about joining the company before her term ended. Kroes also apparently secretly lobbied for the firm, which potentially breaches EU ethics rules.

The leaked files reveal a cache of incredibly frank and direct conversations between Kalanick and other top officials that reveal a number of unethical practices and disdain for officials who didn’t commit to aiding Uber. Perhaps those that are most jarring are the ones that seem to exploit violence against drivers.

In one exchange, Uber executives warned against sending drivers to a protest in France which could lead to violence from angry taxi drivers.

“I think it’s worth it,” wrote Kalanick. “Violence guarantee[s] success.”

In a statement, Kalanick’s spokesperson said he “never suggested that Uber should take advantage of violence at the expense of driver safety…Any accusation that Mr. Kalanick directed, engaged in, or was involved in any of these activities is completely false.”

One former senior executive told the Guardian that Uber’s decision to send drivers into potentially dangerous protests, knowing the risks, was consistent with the company’s strategy of “weaponizing” drivers and exploiting the violence to “keep the controversy burning.”

The leaked emails suggest that such a strategy was repeated in Belgium, Italy, Spain, Switzerland and the Netherlands. For example, when masked men, reportedly angry taxi drivers, attacked Uber drivers with knuckle-dusters and a hammer in Amsterdam in March 2015, Uber used the violence to try to win concessions from the Dutch government, the files show.

“[They] will be published without our fingerprint on the front page tomorrow”, one manager wrote. “We keep the violence narrative going for a few days, before we offer the solution.”

Hazelbaker acknowledged that the company had mistreated drivers in the past, but that didn’t mean anyone wanted violence against them.

“There is much our former CEO said nearly a decade ago that we would certainly not condone today,” she said. “But one thing we do know and feel strongly about is that no one at Uber has ever been happy about violence against a driver.”

Despite Uber’s public-facing mask of innocence and attempts to define angry taxi drivers and regulated taxi markets as “cartels,” the company appears to have known that it was operating illegally in many cities.

Internal emails reveal staff referring to Uber’s “other than legal status,” and other forms of operating services against regulations in countries including the Czech Republic, France, Germany, Spain, South Africa, Sweden, Turkey and Russia.

One senior executive wrote in an email: “We are not legal in many countries, we should avoid making antagonistic statements.” Another executive wrote: “We have officially become pirates,” in response to the strategies Uber deployed to “avoid enforcement.”

A message to a colleague in 2014 by Nairi Hourdaijan, Uber’s head of global communications, even went so far as to say: “Sometimes we have problems because, well, we’re just fucking illegal.”

Regulatory agencies, police and transport officials around the world worked to clamp down on Uber. Some officials would download the app and hail rides so they could pull sting operations on unlicensed taxi journeys and fine Uber or impound drivers’ cars. Offices in dozens of countries were raided by authorities.

That’s where the “kill switch” came in. If law enforcement came to access the company’s computers, Uber would activate a “kill switch” that would restrict officers’ access to sensitive company data like lists of drivers, which Uber thought would harm its growth.

The files reveal that Kalanick asked staffers to hit the kill switch “ASAP” in Amsterdam at least once, according to an email from his account. They also reveal that this technique, which Uber’s lawyers and regulatory departments vetted and signed off on, was used at least 12 times during raids in Belgium, France, India, Hungary, the Netherlands and Romania.

Kalanick’s spokesperson said in a statement that such protocols are common business practice that protect intellectual property and customer privacy, and are not designed to obstruct justice. She also noted that Kalanick “has never been charged in any jurisdiction for obstruction of justice or any related offense.”

(Kalanick has been charged in the past on allegations that he paid hackers $100,000 to cover up a heist that stole personal information from about 57 million of Uber’s users and drivers in 2016.)

Text messages and emails between executives detail multiple other instances in which Uber used the kill switch. For example, in March 2015 in Uber’s Paris office, a “big force (around 25)” of police officers showed up and were “trying to get into laptops,” according to an email from then-lobbyist MacGann to David Plouffe, former Obama aide who joined Uber as head of global branding, communications and policy the year prior.

“Access to IT tools was cut immediately, so the police won’t be able to get much if anything,” MacGann told Plouffe.

In July that year, messages between MacGann and Thibaud Simphal, then-manager of France and now-head of Uber’s global sustainability unit, offer a particularly revealing exchange.

“Use the ‘Zachary De Kievit’ playbook:” he wrote, referencing an Uber attorney. “Try a few laptops, appear confused when you cannot get access, say that IT team is in SF and fast asleep, and anyway this is all controlled by UberBV so they should write to Uber BV with their request. Zac can give a signed copy of his book.”

Simphal’s response: “Oh yeah we’ve used that playbook so many times by now the most difficult part is continuing to act surprised!”

This story is developing. Check back in for updates.

Micromobility is fun, but perhaps that’s all it’ll ever be – TechCrunch