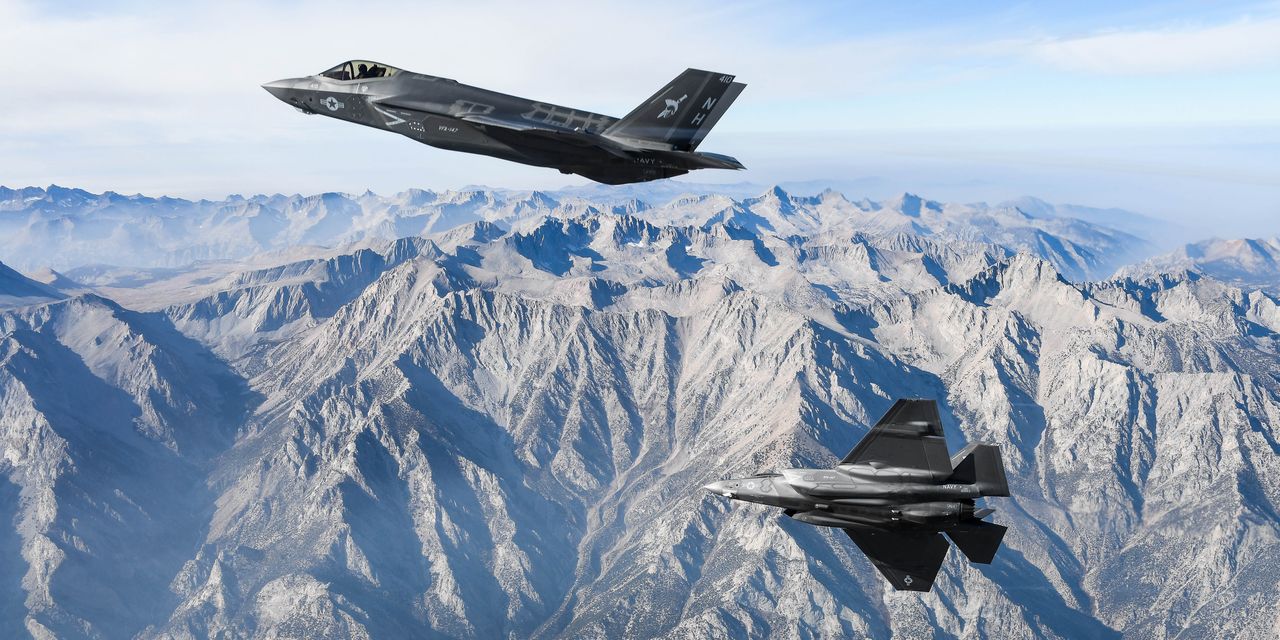 
Shares of the defense giant

were falling Wednesday after a Bloomberg report that the U.S. government will buy fewer F-35 jet fighters in fiscal 2023. The size of the cut looks small, but investors are selling anyway, perhaps due to other factors.

About 33 planes seem to be responsible for the majority of the daily drop. That’s the number of planes that are being cut from the U.S. defense budget for 2023, according to Bloomberg.

“It is premature to speculate about the proposed defense budget prior to its release,” said a Lockheed spokesman when asked about the budget. “The F-35 is the most lethal, survivable and connected fighter in the world today, and is strengthening our allies, deterring our enemies, and bolstering our economy.”

It looks as if demand for F-35 jets should continue far into the future, but the budget cuts could still affect Lockheed’s 2022 financial results. (The government’s fiscal 2023 starts in October 2022).

Currently, Lockheed has told investors to expect about $66 billion in sales for 2022, along with about $6 billion in free cash flow and $26.70 in per-share earnings. Wall Street projections now line up with that forecast. Analysts, for instance, project $66.1 billion in 2022 sales and $26.82 in EPS.

The U.S. has been taking roughly 60 to 85 jets a year, according to Capital Alpha analyst Byron Callan. He wrote Wednesday that foreign governments could take up any slack arising from lower Defense Department requests, keeping F-35 production rates at expected levels.

“We strongly doubt that DoD or international customers want to see a significant decrease in the current production [F-35 jets] because of the potential impact this could have on unit pricing and learning curve gains,” added Callan in his report.

The Wednesday decline eats away at some of the stock’s recent strong returns —a sign that some basic profit-taking could also be playing a role in the session. Coming into the day, Lockheed stock was up about 26% year to date.

The Russia-Ukraine war has boosted all defense stocks.

shares (NOC), for instance, have risen about 14% year to date.

Investors also appear to be reacting to positive developments regarding the European war. Northrop shares were down Wednesday as well, by about 5.6%.

That is good news, even if it results in a little pressure for the defense sector.

Lockheed and Northrop shares are trading for about 15.6 times and 17.1 times estimated 2022 earnings, respectively. That is a discount to the S&P 500 multiple of about 19 times. The small discount reflects some wariness among investors about U.S. military spending, given large budget deficits.

US Shoppers Spent $1.7T Online During Pandemic, Another Trillion Forecast for 2022