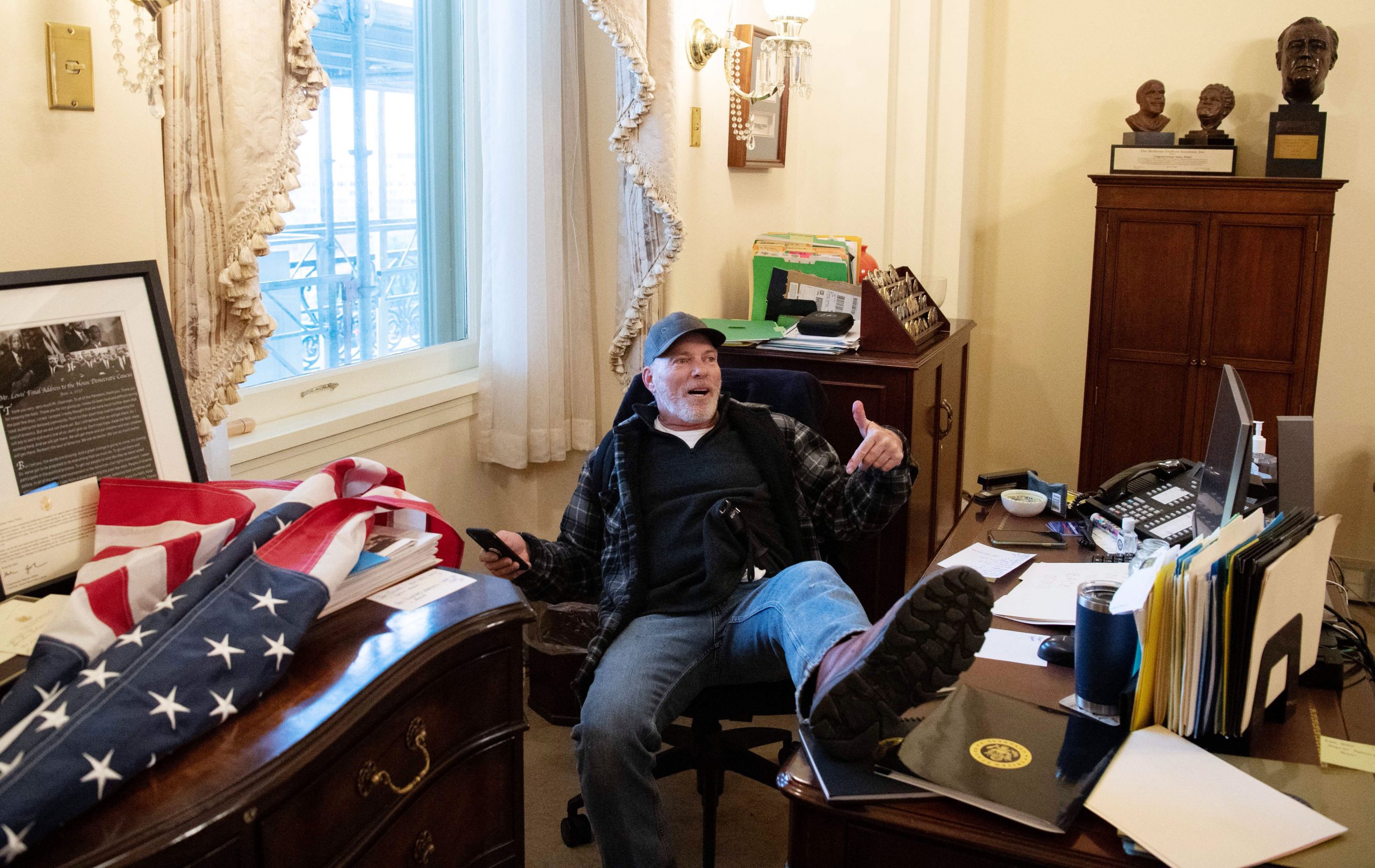 A man photographed sitting in House Speaker Nancy Pelosi’s office during the D.C. riots on Wednesday has been arrested.

Richard Barnett was apprehended in Arkansas and charged with entering and remaining on restricted grounds, violent entry, and theft of public property.

Photographs of Barnett with a foot on Pelosi’s desk quickly circulated as an illustration of the chaos that enveloped the Capitol when a mob supporting President Donald Trump broke past police and threatened lawmakers inside.

Barnett, who goes by „Bigo,“ bragged to reporters about what he had done shortly after exiting the Capitol, which ultimately helped police to track him down.

„I wrote her a nasty note, put my feet up on her desk,“ he told The New York Times, while holding an envelope he had taken from the office, emblazoned with the speaker’s letterhead.