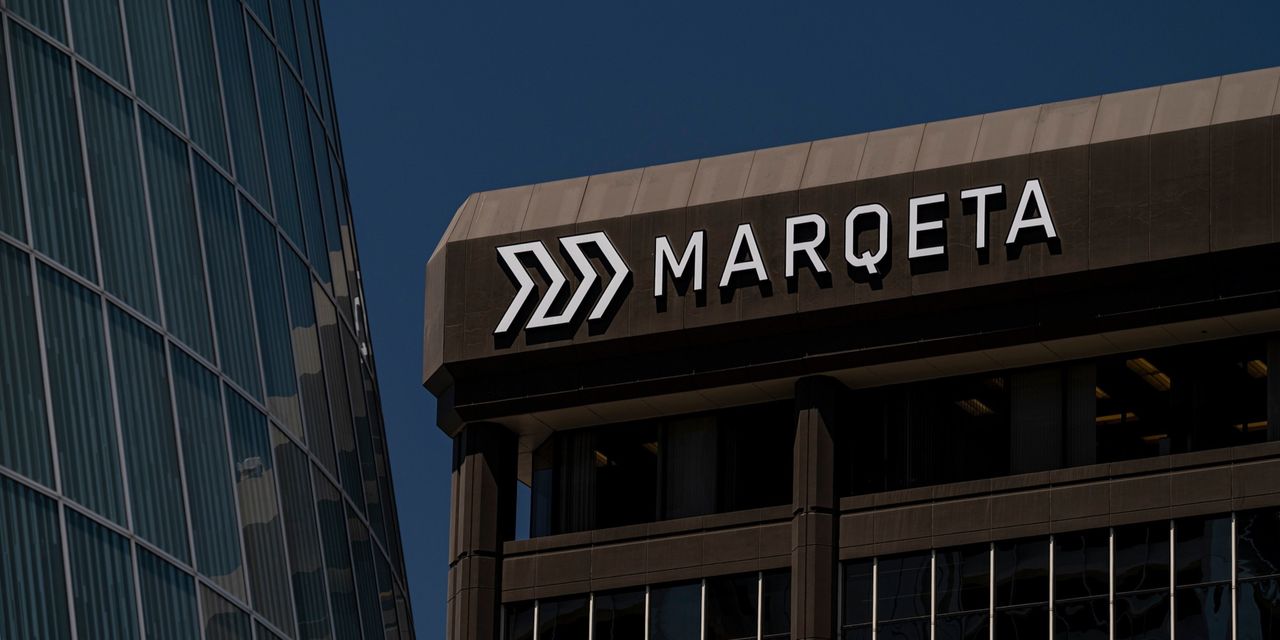 Shares of Marqeta Inc. were surging in aftermarket trading Wednesday after the card-issuing company exceeded revenue expectations with its latest quarterly results and delivered an upbeat outlook.

posted adjusted earnings before interest, taxes, depreciation, and amortization (Ebitda) of $1.2 million, whereas it lost $2.6 million on the metric a year prior. The FactSet consensus was for a $9.5 million loss on the basis of adjusted Ebitda, which is a non-GAAP metric.

The company generated total processing volume of $33.0 billion, up from $18.7 billion a year earlier.

Shares of Marqeta were up more than 20% in after-hours trading Wednesday, after they rose 10.1% to close out the regular session. Earlier Wednesday, Marqeta announced a new partnership with Citi Commercial Cards.

For the first quarter, Marqeta anticipates revenue growth of 48% to 50% and an adjusted Ebitda margin of -8% to -9%. The FactSet consensus called for $137.1 million in March-quarter revenue, or about 27% above the year-prior total.