Microsoft Soared in 2020 as it Captured the Cloud. Expect More Gains. 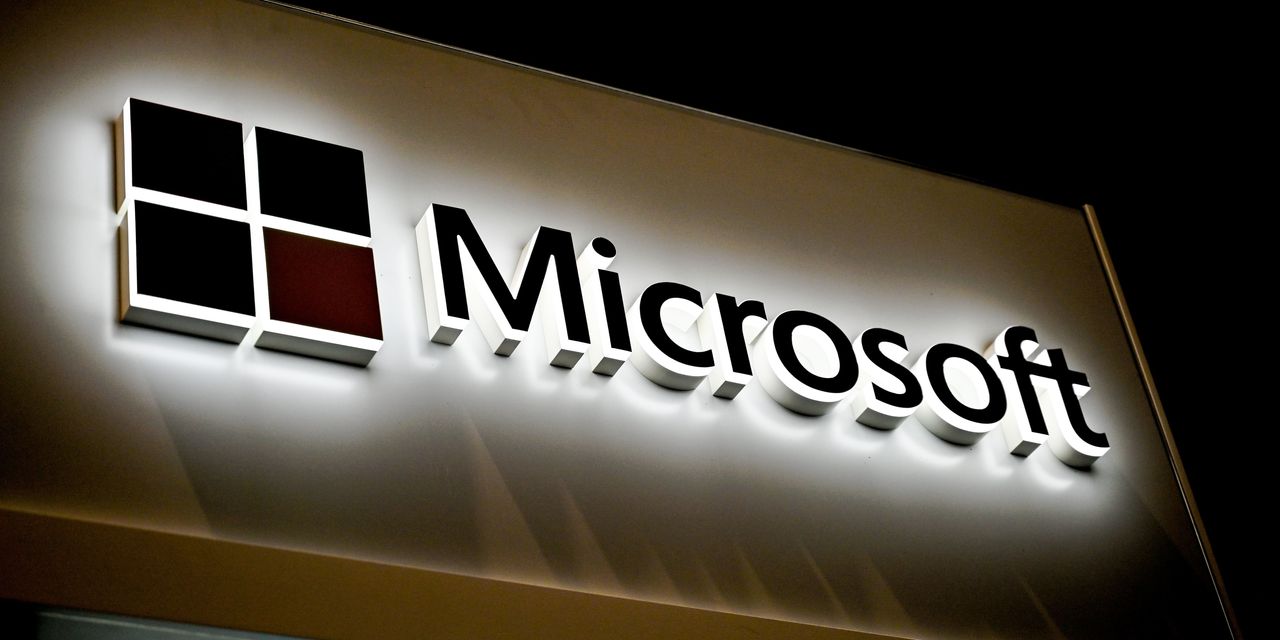 
As the year drew to a close, we took a look at all 30 stocks in the

starting with the worst performers—

has made a successful transition to cloud computing from its past focus on data centers and packaged software. And the shift paid off in 2020, with the stock up roughly 40%, soaring to a nearly $1.7 trillion market valuation. That makes it the second-largest U.S.-listed stock after Apple.

Old Microsoft (MSFT) dominated the market for personal-computer software, with its Windows operating system and Office productivity suite. New Microsoft still develops and distributes both of those, but the real story is the company’s decisive embrace of cloud computing.

Microsoft’s Azure public cloud business grew 48% in the September quarter. While the business is still smaller than rival Amazon Web Services, it is growing faster. Microsoft’s legacy relationships with IT organizations provides a valuable edge as more conservative companies give in to the seemingly inevitable shift toward doing critical computing work in the cloud. That trend accelerated in 2020, and few expect a slowdown in 2021.

Microsoft is also seeing strong demand for Office 365, the cloud-based version of its legacy combination of Word, Excel and PowerPoint. Contributing to that growth is Microsoft Teams, the company’s fast-growing unified communications software, which includes videoconferencing, chat and other messaging services. Microsoft bundles Teams with Office 365, creating a tough competitor for companies like

Microsoft’s PC-related businesses have had a strong year, as the work-from-home trend drove strong sales of both laptops and tablets – boosting demand for both the company’s own Surface devices and for Windows and Office software. In June, Microsoft announced the permanent shutdown of its 83 retail stores—a move had less to do with the pandemic than with the fact that almost no one buys packaged software from retail stores anymore.

Looking into 2021, it isn’t clear that PC-market strength will be sustainable—and that part of the business will face some tough earnings comparisons in the second half of the year. But Microsoft seems as well positioned as any company to benefit from a shift in IT spending to the cloud, and away from legacy software and hardware systems. And the company should continue to see robust demand for the new generation of its Xbox game console.

Microsoft stock has appreciated about 600% since current CEO Satya Nadella took over the top job in February 2014. Expect further gains in 2021.

Rep. Soto seeks to create office to ‚coordinate‘ Federal use of blockchain tech

Op-ed: How Joe Biden can tap the private sector to accelerate transition to clean energy