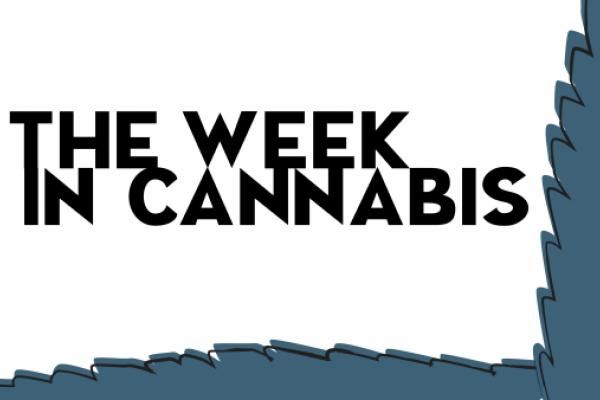 It was a historic week for cannabis.

The U.S. House of Representatives voted to pass the MORE Act, a piece of legislation that could effectively decriminalize marijuana on a federal level. The bill will now head towards the Senate, where results remain uncertain.

“The US House of Representatives—the people’s house—has taken a giant step towards science, reason and justice,” cannabis activist and entrepreneur Steve DeAngelo said to Benzinga.

The World Health Organization (WHO) had recommended all forms of THC to be removed from the drug convention of 1961, placing it with cannabis in Schedule 1, the least restrictive classification by UN standards. Meanwhile, pharmaceutical cannabis medications would be placed in Schedule 3.

Most industry voices believe that current Republican control of the upper chamber means doom for any cannabis legalization bill. However, upcoming Senate runoffs in Georgia could shift the balance of power in the Senate at the beginning of January, showing light at the end of the tunnel for cannabis reform initiatives.

While the passage of the MORE Act by the House stands as an unprecedented milestone in the history of cannabis reform, a number activists and industry people have criticized the bill’s current version for its inability to bring restorative justice to those most affected by cannabis prohibition.

ETFs fell on Tuesday but recuperated the lost ground since. Over the five trading days of the week:

On Monday, Bank of America analysts Bryan Spillane and Lisa Lewandowski had issued an analyst note focusing on Canopy Growth (NASDAQ: CGC). Explaining that potential changes to the U.S. federal law on cannabis bode well for the overall cannabis sector, and especially for Canopy Growth as it would enable the Smiths Falls, Canada-based company to expand its activities in the U.S.

Aphria Inc. (TSX: APHA) (NASDAQ: APHA) entered the U.S. market after finalizing its purchase of SweetWater Brewing Company for $300 million. The Ontario-based cannabis company detailed a few strategic and economic advantages that could come up from this deal, with the most important one being the simple and fast access to the U.S. market in case of federal legalization.

According to Akerna Corp (NASDAQ: KERN), cannabis sales topped $238 million over Thanksgiving week (11/25-11/28). This was the single largest sales holiday of the year. The Wednesday preceding Thanksgiving, also known as Green Wednesday, beat out Black Friday for the first time in four years and experienced an 80% increase in daily sales. The average basket size for medical consumers was $122.64, and adult-use consumers spent on average $78.14.

“Thanksgiving usually ranks among the top 5 cannabis sales holidays, and this year did not disappoint,” said Jessica Billingsley, Akerna CEO. “Even though more people are purchasing cannabis regularly, we still saw a huge spike in cannabis sales, once again proving the strength and resiliency of the industry.”

New York-based iAnthus Capital Holdings Inc. (CSE: IAN) (OTC: ITHUF) generated around $40.6 million in revenue during the third quarter of fiscal 2020. That’s up by 17% sequentially and roughly 82% year-over-year. The company disclosed a net loss of $9.7 million, compared to a $20.9 million loss in the previous quarter.

Can-Fite BioPharma Ltd. (NYSE: CANF) (TASE: CFBI) saw a revenue decline of approximately 67% year-over-year, to $610,000 for the first nine months ended Sept. 30. The Petach Tikva, Israel-based biotech company confirmed its research and development expenses amounted to $9.05 million for the same period, versus $7.01 million for the corresponding period of last year.

Net revenue for Organigram Holdings Inc. (NASDAQ: OGI) (TSX: OGI) went up by 25% year-over-year, reaching around $20.4 million in the fourth quarter of 2020.

The Moncton, New Brunswick-based company’s gross revenue amounted to $25.4 million, up by 32% over the year.

Bluma Wellness Inc. (CSE: BWEL) reported a sequential increase in revenue — 47.7%. — for the third quarter to around $3.2 million.

The Toronto-based company also revealed its net income for the quarter was roughly $300,000, or $0.003 per basic and diluted share.

Auxly Cannabis Group Inc. (TSX.V: XLY) (OTCQX: CBWTF) released third-quarter earnings, revealing it has generated $13.4 million in revenue, including $12.6 million of cannabis net revenues. That’s an 85% increase from the prior period. The company posted a negative adjusted EBITDA of $6.8 million, as opposed to a loss of $11.05 million in the corresponding quarter of last year.

Hawaii’s Choom Gang-inspired retail cannabis company Choom Holdings Inc. (CSE: CHOO) (OTCQB: CHOOF) posted first-quarter 2021 revenue of $6.1 million. That’s up by 50% from the prior quarter. Its gross margin was roughly 36%, compared to 33% in the fourth quarter of fiscal 2020.

Read all about these earnings reports and others in Benzinga Cannabis’ Earnings Center.

More News From The Week

“Small access to credit is what cannabis businesses have been requesting for nearly two years now, and we are finally seeing some interested brokers entering the space,” explained Daniel Nanni Senior Loan Advisor of Tell-Capital. “Here at Tell-Capital we are so excited to start working with the cannabis industry. Prairie Cannabis Ltd is the first of many who will benefit from a business loan with no collateral, no stake in equity while building commercial credit.”

Greenlane Holdings Inc. (NASDAQ: GNLN) launched Vapor.com Canada. The new e-commerce platform provides Canadians with cost-effective shipping of premium vaporization products. With English and French translated versions of the site, customers throughout Canada now have access to many of the same products offered on vapor.com U.S.

“As our customer base in Canada continues to grow, we believe Vapor.com Canada will provide our clientele with the most optimal shopping experience possible,” Aaron LoCascio, co-founder and CEO of Greenlane Holdings, says.

Petalfast Inc, a sales accelerator and marketing agency in the cannabis space, added Wana Brands to its accelerator program. Wana Brands will be leveraging Petalfast’s skill set in accelerating brands in California through the company’s dedicated and experienced statewide sales team.

Pelfast CEO Jason Vegotsky says “Wana Brands has the best gummy in the industry and like Petalfast, has a commitment to a perfect product, focus on innovation and growth.“ Wana’s goal is to grow its market share in California and meet the demand of cannabis consumers who are looking for premium products.

„Petalfast will be a driving force in meeting that demand,“ Vegotsky says.

These public notes are due Jan. 15, 2023. They are currently trading under the ticker “JUSH.db”.

Acreage Holdings Inc. (OTCQX: ACRHF) is getting a $12 million construction financing loan to support the development of its cultivation and processing facility in Illinois.

GABY Inc. (OTCQB: GABLF) is merging with Mankind Dispensary, one of the first licensed dispensaries in California. GABY will pay a total of $36.5 million to acquire Mankind.

Emerald Health Pharmaceuticals Inc. launched a new financing round under its Regulation A offering. The round will open on Monday, Dec. 7, and expire on Mar. 28, 2021, or upon raising roughly $17 million, which is the maximum amount to be raised, the Sand Diego biotech company said.

According to Bloomberg, U.S. cannabis firm Verano will go public with a $2.88 billion valuation.

Top Stories Of The Week

© 2020 Benzinga.com. Benzinga does not provide investment advice. All rights reserved.

‚I am a wonder:‘ An interview with an Axie Infinity NFT