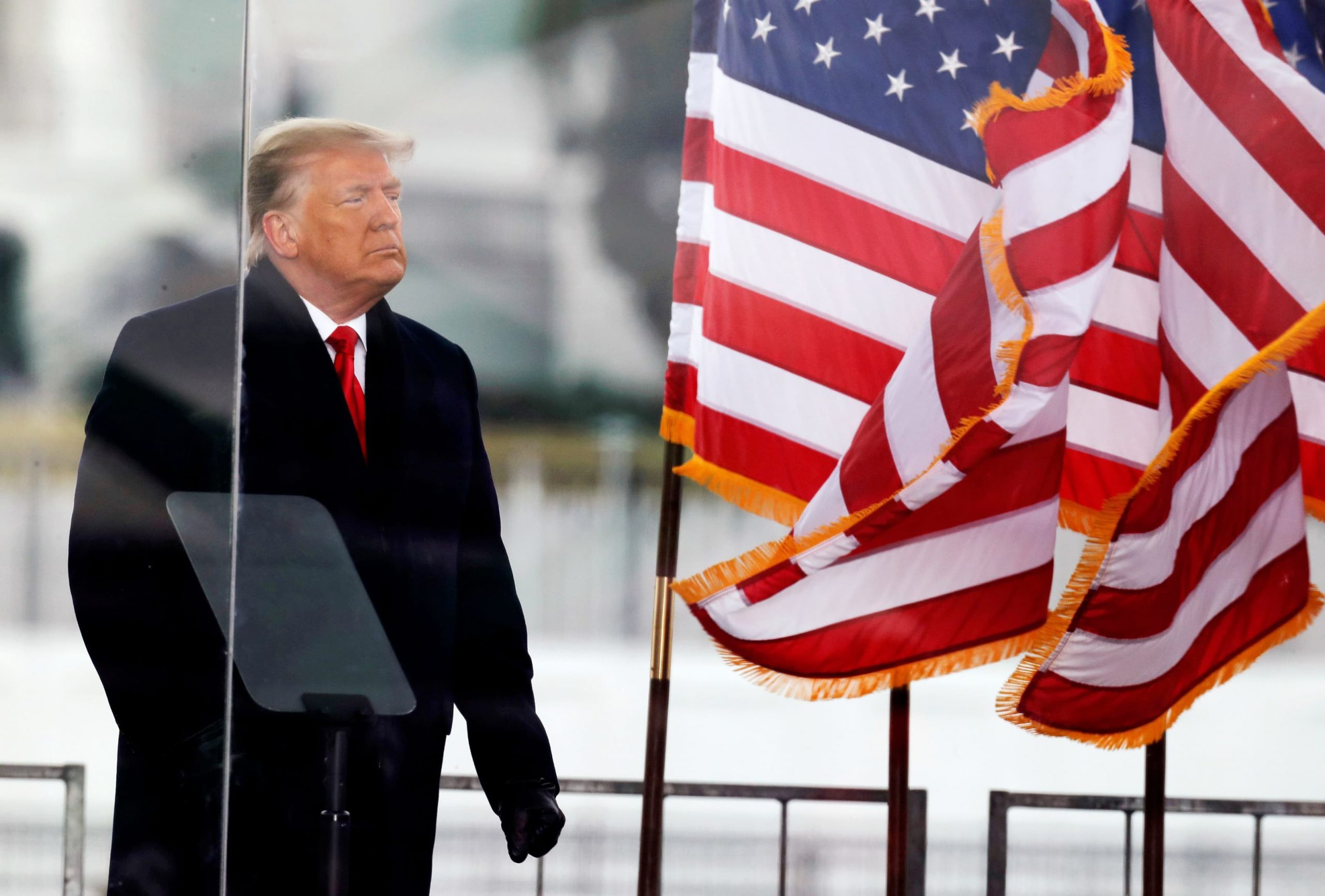 The lawsuit, which is expected to be joined by other Democratic lawmakers, cites the 1871 Ku Klux Klan Act in accusing the defendants of conspiring to prevent Congress from confirming the election of Joe Biden as president.

That law was passed 15 years after the end of the Civil War in response to violence by the racist KKK and its intimidation of members of Congress from the South.

In addition to Trump and Giuliani, the defendants in the suit filed in U.S. District Court in Washington, D.C., include the Proud Boys and Oath Keepers groups, whose members are known to have been among the thousands of people who invaded the Capitol last month.

The suit comes three days after Trump was acquitted of inciting the riot at his second impeachment trial by the Senate. Only seven Republicans voted to convict Trump.

Trump for months before Election Day had said without evidence the 2020 presidential contest would be tainted by fraud. He spent two months after his loss to Biden falsely claiming he had won the election and that there was widespread ballot tampering that had swung the official results to the Democrat.

On Jan. 6, shortly before the invasion of the Capitol, Trump, Giuliani and other speakers at a rally outside the White House encouraged supporters to fight to oppose the certification of Biden’s win by a joint session of Congress, which normally is a formality.

In a press release announcing the suit, the NAACP said that, „The insurrection was the result of a carefully orchestrated plan by Trump, Giuliani and extremist groups like the Oath Keepers and Proud Boys, all of whom shared a common goal of employing intimidation, harassment and threats to stop the certification of the Electoral College.“

„They succeeded in their plan. After witnessing Capitol police barricading the doors of the House chamber with furniture, Congressman Thompson and fellow lawmakers donned gas masks and were rushed into the Longworth House Office Building where they sheltered with more than 200 other representatives, staffers and family members.“

The suit accuses the defendants of a coordinated plan to undermine the democratic electoral process and to block the legal votes of millions of ballots cast by Black Americans.

„January 6th was one of the most shameful days in our country’s history, and it was instigated by the President himself,“ Thompson said in a statement.

„His gleeful support of violent white supremacists led to a breach of the Capitol that put my life, and that of my colleagues, in grave danger. It is by the slimmest of luck that the outcome was not deadlier. While the majority of Republicans in the Senate abdicated their responsibility to hold the President accountable, we must hold him accountable for the insurrection that he so blatantly planned.“

Thompson added that failing to hold the defendants accountable invites „this type of authoritarianism for the anti-democratic forces on the far right that are so intent on destroying our country.“

Jason Miller, a spokesman for Trump, said in a statement, „President Trump has been acquitted in the Democrats‘ latest Impeachment Witch Hunt, and the facts are irrefutable.“

He added that House Speaker Nancy Pelosi, D-Calif., „and Washington, D.C., Mayor Muriel Bowser must answer questions as to why they rejected additional security and National Guard assistance in the run-up to Jan. 6.“

Giuliani did not immediately respond to a request for comment.