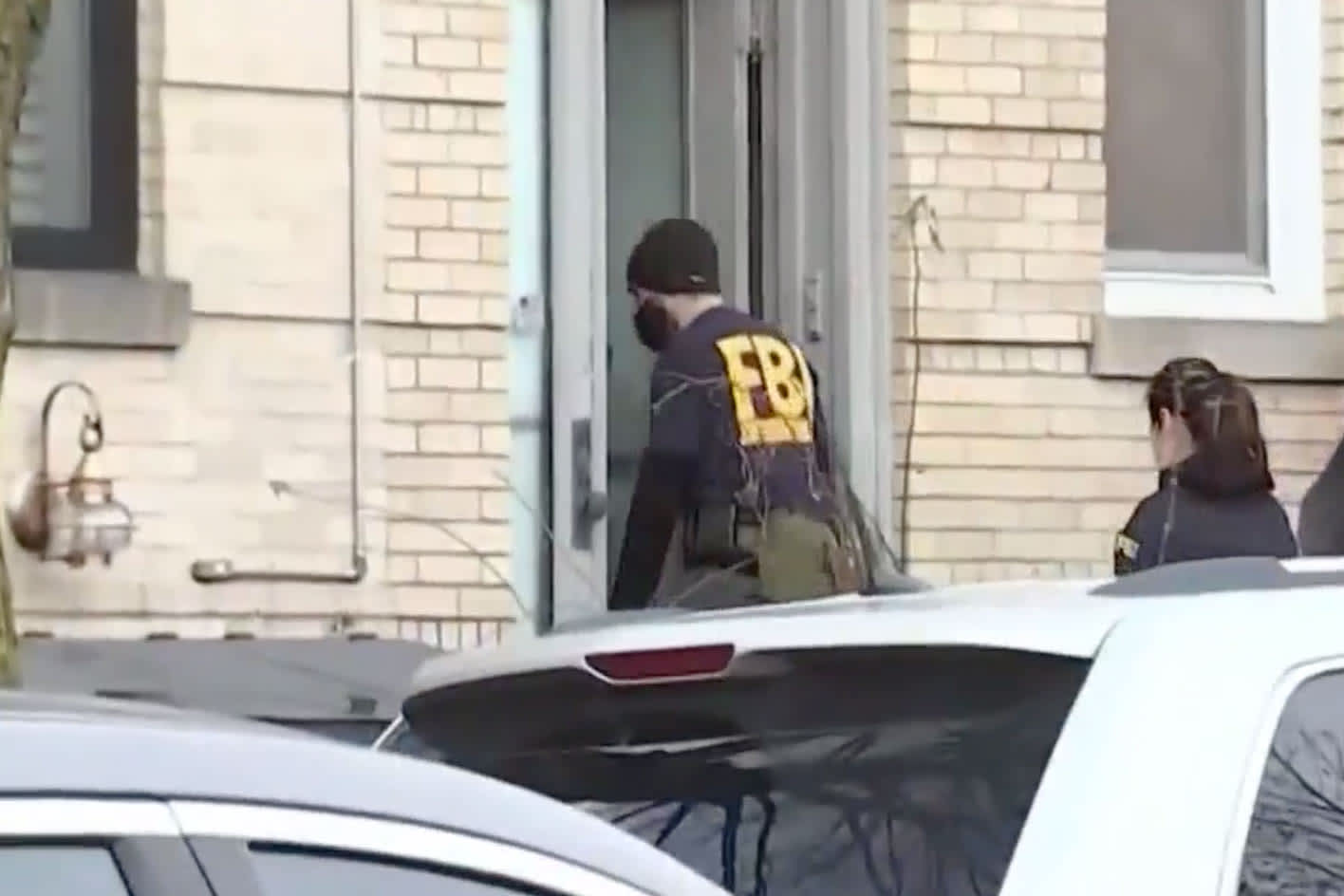 A New York man was arrested Tuesday for allegedly making threats related to the upcoming presidential inauguration of Joe Biden and calling for the deaths of House Speaker Nancy Pelosi and other prominent Democratic lawmakers.

The suspect, Brendan Hunt of Queens, works for the Office of Court Administration, which operates the state’s court system, and also is a part-time actor and filmmaker, authorities said.

A criminal complaint in U.S. District Court in Brooklyn says that on Jan. 8 he posted an 88-second video on the video-sharing site Bitchute, titled „KILL YOUR SENATORS,“ with the summary line, „Slaughter them all.“

The video was posted two days after a mob of President Donald Trump’s supporters stormed the U.S. Capitol, killing a police officer and disrupting for hours the confirmation of Biden’s election as president. Hunt is not accused of participating in that riot.

„They’re gonna come after us, they’re gonna kill us, so we have to kill them first,“ Hunt said in a video posted Jan. 8 on the video-sharing site Bitchute, according to a criminal complaint filed in U.S. District Court in Brooklyn.

„We need to go back to the U.S. Capitol when all of the Senators and a lot of the Representatives are back there, and this time we have to show up with our guns. And we need to slaughter these m———–,“ he said.

[O]ur government at this point is basically a handful of traitors . . . so what you need to do is take up arms, get to D.C., probably the inauguration . . . so called inauguration of this m———– communist Joe Biden . . . [T]hat’s probably the best time to do this, get your guns, show up to D.C., and literally just spray these m———–.“

Hunt also said, „If anybody has a gun, give me it, I’ll go there myself and shoot them and kill them,“ according to the complaint.

„Meaning, we want you to hold a public execution of pelosi aoc schumer etc. And if you dont do it, the citizenry will. We’re not voting in another rigged election. Start up the firing squads, mow down these commies, and lets take america back!“

The references in that post are to Pelosi, a California Democrat, and to two New York Democrats: Rep. Alexandria Ocasio-Cortez, who represents a district that includes parts of Queens and the Bronx, and Sen. Chuck Schumer, who is set to become Senate Majority leader.

The complaint accused Hunt of threatening to murder a U.S. official with intent to interfere with the performance of their duties of office.

On Monday, a Pennsylvania woman surrendered to authorities after her former romantic partner told investigators that she planned to ship a computer device stolen from Pelosi’s office during the Jan. 6 Capitol riot to Russia.

That woman, Riley June Williams, is charged with disorderly conduct on Capitol grounds with the intent to disturb a session of Congress, along with other crimes.