Oil Prices Are Surging⁠—and Pipeline Stock Dividends Are Rising. Here’s How to Play It. 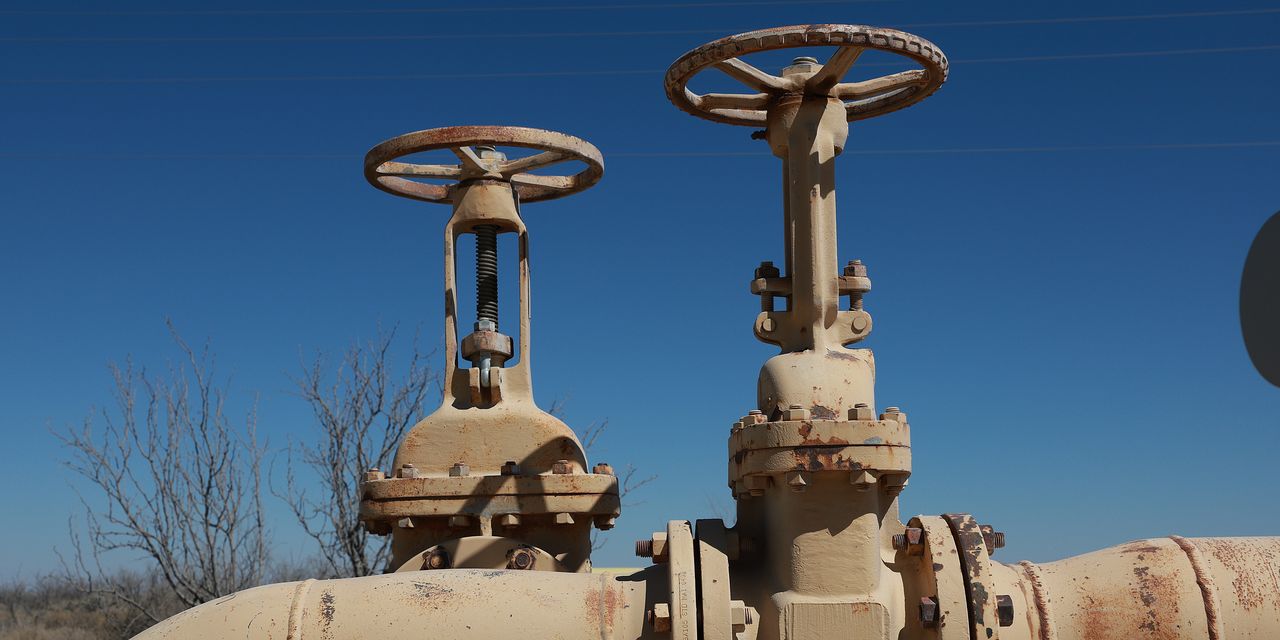 Sanctions on Russia are upending global energy markets, pushing up crude oil above $100 a barrel and sending U.S. gasoline prices to an average $4.30 a gallon, up nearly 50% in the last year.

It has also turned the energy sector into a superstar this year. Of the 11 sectors in the

Energy infrastructure stocks, including pipelines, transportation, storage, and logistics companies, have returned an average 16.6%, according to the Alerian Midstream Energy Index. That might not look great compared with the broader energy sector.

Moreover, the midstream sector has been through a rough patch and now looks financially healthier with many companies reducing debt, focusing on free cash flow, and rebasing their dividends—following payout cuts in 2021 amid an energy downturn.

“Geopolitical developments this year have reinforced our positive outlook on the sector,” said Mizuho analyst Gabriel Moreen in an interview. “Commodity markets have tightened, cash flow improvements have been more rapid than we’d expected, and management teams are making the right strategic moves around capital—with distribution increases, share buybacks, and deleveraging.”

High crude oil prices and dwindling supplies from Russia could also be an incentive for more domestic production, benefiting pipelines, storage, logistics, and other “midstream” segments.

“The significant rise in oil prices and potential need to replace Russian barrels …could give U.S. producers a license to grow more meaningfully,” said Stacey Morris, director of research at Alerian, in a recent commentary.

While the large-cap E&P companies have indicated they won’t boost production sharply, independent producers and smaller drillers are likely to step in, boosting medium-term domestic production.

(ticker: PXD), a leading domestic shale driller, recently said the company could boost growth above its 5% long-term target, should global prices stay elevated. U.S. shale production could hit 10% annualized growth over the next three years, he added, assuming drillers can find crews and equipment that are now in short supply.

“From a business case, we’re not going to change our 5% growth long term,” Pioneer CEO Scott Sheffield told S&P in early March. “But if there’s a coordinated effort, we would definitely participate in that.”

Dividend increases also appear to be back. Companies that have hiked their payouts recently include

One of Moreen’s top picks is Targa, a natural-gas focused company. Exports of natural gas liquids, or NGLs, should get a lift as Europe tries to wean itself from Russian supplies, he notes.

“Targa has one of the best free cash flow profiles and balance sheets in the sector and some of the best exposure to the Permian basin in West Texas, where there’s good visibility to production growth,” he said. Moreen raised his price to target on the stock to $85 and upgraded it to a Buy rating on Friday.

Targa only yields 2.1%, but it has a low payout ratio, indicating room for dividend growth. Shares closed at $69.26 on Friday and have gained 32.6% this year.

(WMB). Both should benefit from demand for U.S. exports of NGLs to Europe as Russian supplies dry up, he says. Kinder yields 6.2% while Williams yields 5.4%.

Among master-limited partnerships, or MLPs,

(DCP) operates a diversified mix of pipelines, storage, transportation, logistics, and “gathering” services for domestic oil-and-gas production. Its stock has been a laggard this year, gaining 14%, but it trades at 8.4 times estimated 2023 earnings, making it one of the cheaper MLPs. It yields 5%.

Two other broadly diversified MLPs to consider are

MLPs are pass-through entities that can pose tax complications. They issue complex K-1 partnership tax forms. Holding an MLP in a retirement account like an IRA can trigger “unrelated business taxable income,” or UBTI, that is taxable on distributions over $1,000 a year.

Exchange-traded funds can be a simpler way to access the sector. The


Alerian MLP ETF
(AMLP) is the largest fund in the space, with $6.1 billion in assets and an 8% annualized yield, based on recent distributions. Others to consider include the ETRACS Alerian Midstream Energy Index ETN (AMNA) and Global X MLP & Energy Infrastructure ETF (MLPX).

Write to Daren Fonda at daren.fonda@barrons.com