PayPal Stock Is Falling. It’s Not Because Its CFO Is Leaving for Walmart. 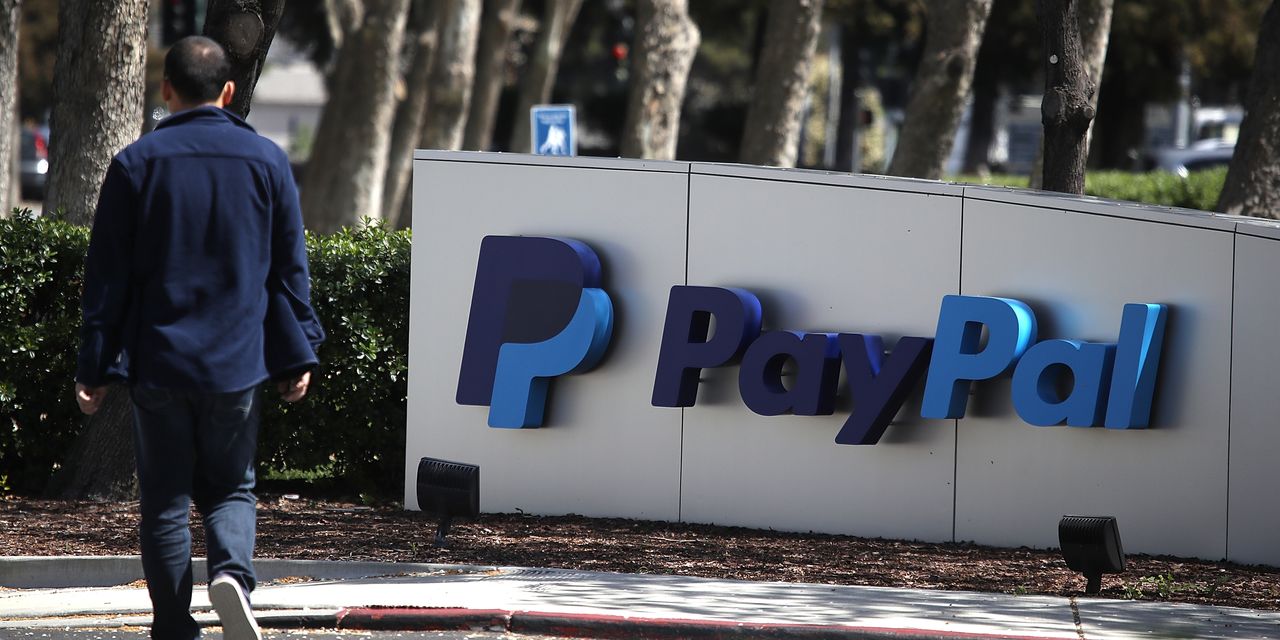 said late Tuesday that it had named John Rainey as its chief financial officer. Rainey currently holds the same position at

Holdings, but his move isn’t the red flag analysts are watching ahead of the payment-processing company’s earnings.

Rainey steps into his new role on June 6. PayPal (ticker: PYPL) said Rainey will remain with it until late May to make possible an orderly transition. Gabrielle Rabinovitch, senior vice president for corporate finance and investor relations, will serve as interim CFO while PayPal looks for a permanent successor.

“I am leaving knowing PayPal is well positioned for the future. Gabrielle Rabinovitch is an extremely well-respected and accomplished colleague, and she has my full confidence to assume the CFO role as the Board conducts its search,” Rainey said in a news release on Tuesday.

The payment-processing company’s first-quarter 2022 revenue and earnings face difficult comparisons against their year-ago pandemic-driven e-commerce peak. But analysts aren’t as concerned about Rainey’s exit as they are about the company’s guidance, or lack thereof, since reporting fourth-quarter 2021 earnings back in February.

“Although the departure of CFO John Rainey comes as a surprise, we think (interim) CFO Gabrielle Rabinovitch knows the company well and is a sourceof stability and confidence, but we are concerned about PYPL’s ability to meet its guidance,” Susquehanna Financial Group analyst James Friedman wrote in a research note Wednesday morning. Additionally, the company could face challenges from concerns related to higher interest rates and the Russia-Ukraine war.

“Management largely knows what first-quarter earnings were and presumably has a good idea of what its updated 2022 guidance will be,” Togut said. But he also remains optimistic about the stock, and rates it an Outperform with a price target of $245, citing the fact that it trades at a trough valuation of 18 times his 2023 earnings per share estimate.

Analysts at Mizuho Securities said in a research note after the news emerged on Tuesday that they still like PayPal stock. “We expect a negative stock reaction,” analyst Dan Dolev said. “However, we consider PYPL stock to be attractive from a valuation & strong brand presence perspective.” He rates the stock a Buy with a $175 price target.

From Walmart’s (WMT) perspective, Rainey’s addition is a smart move. During his tenure at PayPal, he spoke numerous times with Barron’s about the company’s insights into consumer behavior, and the combination of that expertise with his knowledge of digital ecosystems speaks to the direction Walmart has been heading in recent years. The company has been investing in fintech, subscription services, advertising, and its third-party seller platform in its push to be an omnichannel leader beyond retail; these are areas that should dovetail with Rainey’s experience.

Write to Logan Moore at logan.moore@barrons.com.