Payrails emerges from stealth with $6.4M led by a16z to build the OS for payments – TechCrunch 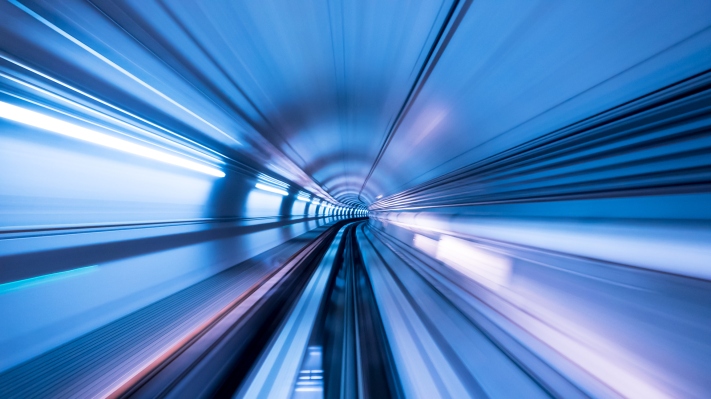 Payments — taking and and paying out money — remains a fragmented and complex area for merchants, marketplaces and others that do business with multiple parties online, and as it grows — from $1.5 trillion today to $2.9 trillion by 2030 — that complexity will grow, too.

Today, a startup is coming out of stealth with a solution that it believes makes the work of creating, managing, and (when needed) modifying those payment processes easier. Payrails has built what its CEO and co-founder Orkhan Abdullayev describes as the “operating system for payments”, and it has snagged a seed round of $6.4 million led by Andreessen Horowitz to prepare for the official commercial launch later this year.

Abdullayev and his two co-founders Emre Talay and Nicolas Thouzeau previously worked together at Delivery Hero, the international food delivery behemoth, where they collaborated to devise and build the company’s payment system from the ground up. In addition to a16z, this seed investment for Berlin-based Payrails includes a number of others from the city’s fintech, food tech and delivery ecosystems: HV Capital; Delivery Hero CFO Emmanuel Thomassin; Flixbus founders Jochen Engert, André Schwämmlein and Daniel Krauss; and the founder of HelloFresh, Dominik Richter, are also in the round.

Payrails’ founders came to conceiving of their platform fresh out of a trial by fire. Delivery Hero worked within what you might think of as the hat trick of the e-commerce world — its three-sided marketplace comprised independent and larger restaurants, delivery people and millions of consumers ordering food; and as an added layer of difficulty, all of them were making calls into and out of a payment system in real time, 24 hours a day, across dozens of markets, currencies, preferred payment methods and so on.

What they discovered at Delivery Hero was that, although there are a number of payment giants in the market today building some aspects of the system that they needed to run all of this — the list includes Adyen, Stripe, PayPal, WePay (now a part of JP Morgan Chase), Dwolla and more — when it came to solutions that were able to manage and handle the global challenge across more than 50 markets, and to do it quickly and easily, they came up short.

“The complexities we faced were driven by geographies, with different payment solutions across the globe, and we spent a lot of time looking at different solution providers. We found it difficult,” he recalled. The most global solutions — those from legacy companies — he said were difficult to modernise and build into API-style frameworks that Delivery Hero wanted to use, while newer solutions had too many geographical limitations: in many cases they couldn’t be extended to all the markets where Delivery Hero operated, and “orchestrating multiple parties was not sufficient for us.”

Their conclusion was that building what they wanted “required internal resources,” which Delivery Hero put into the effort (hundreds of developers working on this alone, Abdullayev said). That also spelled opportunity: building this as a product to sell to marketplaces and other businesses that had similar business models to Delivery Hero’s, whether at a bigger or smaller scale.

Its solution has been to conceive of Payrails as a kind of operating system, which “abstracts all of that complexity and looks at the movement,” Abdullayev said. “Longer term we see ourselves as an infrastructure provider.”

By that, he means that it isn’t necessarily initially positioning itself as a point-of-sale provider, or payment facilitator: it’s built a platform that will make it easier to integrate and work with any of these by way of APIs, to work more easily with a wider variety of third-party businesses (paying money in and taking it out), freelancers (payouts) and consumers (paying in), and with a wider variety of payment methods depending on the locale in question. Indeed, payment service providers can also potentially be customers as they sign on marketplaces as customers themselves.

Areas that it will cover in its system will include payment routing, consolidated money movements, and payment reconciliation via ledgers; the ability to track payments for  payment fraud prevention will also be a part of the initial service.

The ultimate end is that it wants to reduce the many steps — and subsequent delays — that happen when money moves from one part of that system to another, so that what’s being paid in can be paid out at the same time to improve reconciliation and overall speed of activity, and to keep the business aware in real time of how everything is progressing.

“We have created an operating system that at its core will let you build up internal courses, allowing cash-based and other payments from multiple service providers that can take one transaction and let that money go out to different places, to pay others,” he said. While it’s still yet to be launched, he said that the initial service will focus more on cash rather than credit-based transactions, for example, cash advances for merchants or drivers.

This seed round is one more signal of how a16z is investing these days. It continues to work aggressively in fintech as an investment category (an area that also includes its many cryptocurrency investments, too); and it’s making ever-more bets on promising startups out of Europe as it widens its scope beyond Silicon Valley.

“As companies scale globally, they need infrastructure that allows them to quickly and easily add payment gateways and payment methods to be able to accept payments from their customers, as well as optimize their payment routes and authorization rates,” said Seema Amble, an investment partner at Andreessen Horowitz that focuses on fintech, said in a statement. “The Payrails team deeply understands the payment challenges facing merchants as they grow. The founders bring a wealth of experience and a strong track record of execution to build solutions for this category, helping customers minimize complexity as they grow and scale.”

“Given their in-depth experience from Delivery Hero, one of Europe’s largest tech champions, Payrails’ founding team uniquely understands the struggles and costs associated with complex, enterprise-level financial operations and have proven their capabilities,” added Barbod Namini, a partner at HV Capital, in a statement. “Based on the excellence of the team and their truly disruptive offering, we are excited to support them on their path to becoming the FinOps solution of choice for large enterprises.”