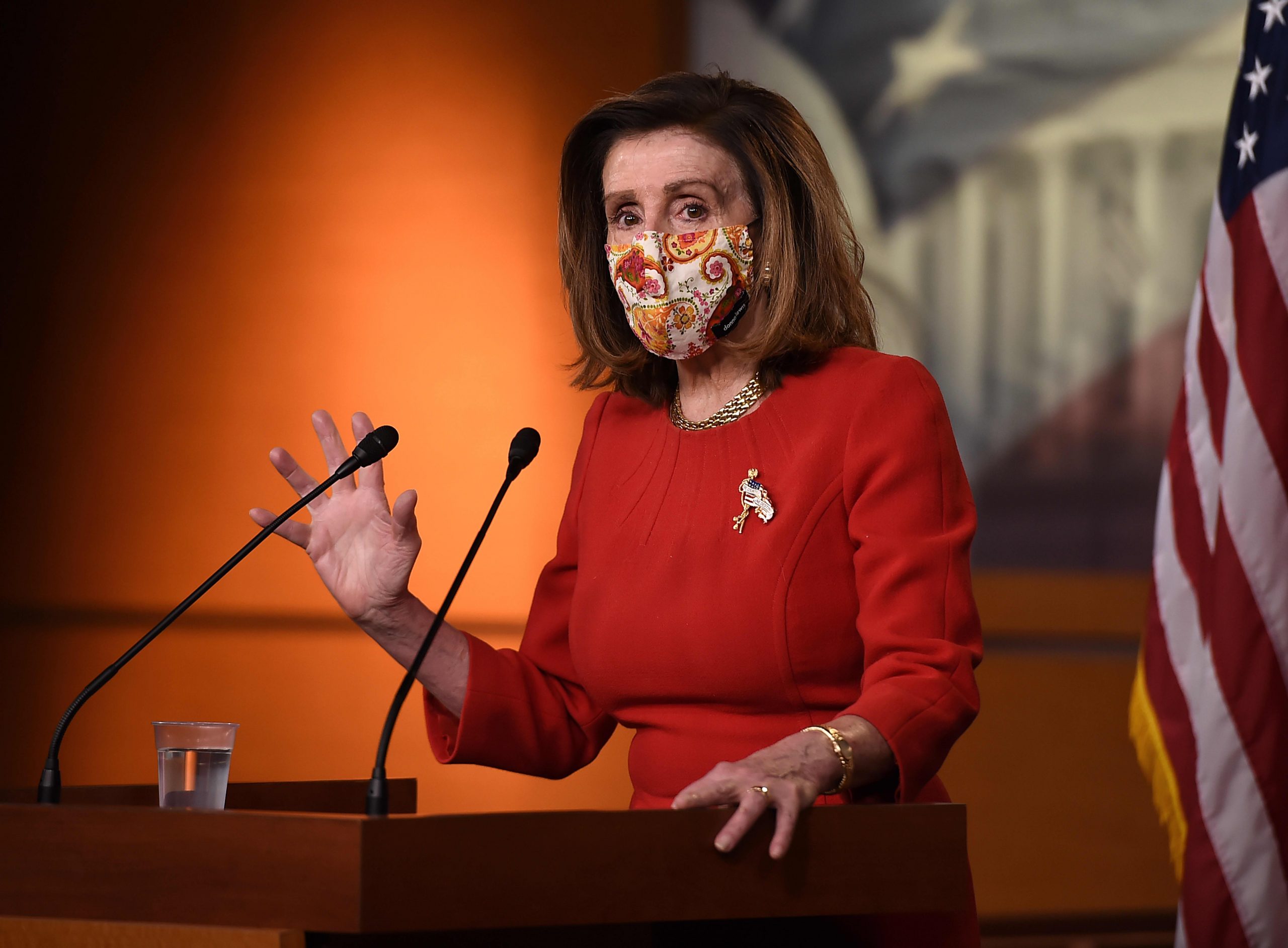 The House hopes to approve its $1.9 trillion aid plan „by the end of February so we can send it to the president’s desk before unemployment benefits expire“ on March 14, the California Democrat told reporters.

The pandemic-era policies set to run out add a $300-per-week federal unemployment supplement, expand benefits eligibility to self-employed and gig workers, and extend the number of weeks Americans can receive benefits.

Nine House committees this week started to write and advance their portions of the relief bill, which Democrats are expected to pass through budget reconciliation without Republican votes. Pelosi said she expects the panels crafting the legislation will finish their work this week.

The Budget Committee will then combine the policies. Once the completed bill goes through the Rules Committee, the full House can vote on it.

The Senate, which is holding former President Donald Trump’s second impeachment trial, is trying to push forward with passing pandemic relief at the same time. Earlier Thursday, Schumer told reporters the trial „is not“ delaying approval of the aid package.

The legislation faces more challenges in the Senate than in the House. In an evenly split chamber, a single Democratic defection would stop the bill’s approval.

Democrats also have to comply with strict Senate rules governing what lawmakers can include in reconciliation legislation. The Democratic priority of a $15 minimum wage, which the House Education and Labor Committee approved as part of the bill this week, in particular may not survive the process.

Schumer told reporters that he and Senate Budget Committee Chair Bernie Sanders, I-Vt., are „doing everything we can to see that it survives.“