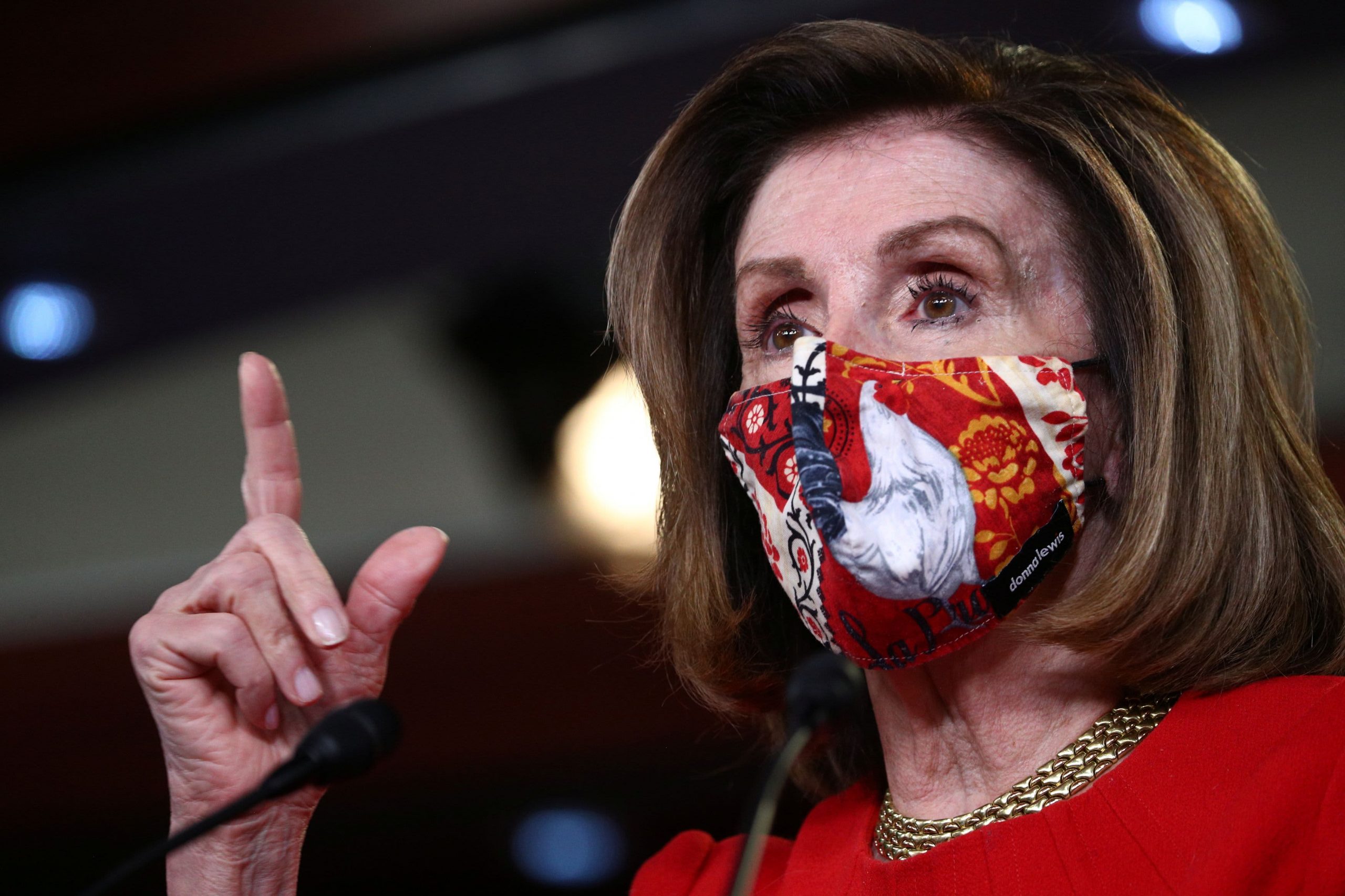 House Speaker Nancy Pelosi said „there is momentum“ toward a coronavirus stimulus deal after new data Friday showed sluggish jobs growth in the face of an infection surge.

Nonfarm payrolls grew by 245,000 in November, falling significantly below expectations of 440,000. The sign of a flagging economic recovery comes amid a renewed congressional effort to pass a pandemic relief bill before the end of the year.

Pelosi spoke to Senate Majority Leader Mitch McConnell on Thursday for the first time in at least a month. The conversation boosted hopes about an agreement on Capitol Hill to lift an economy and health-care system damaged by the coronavirus.

The California Democrat said she and the Kentucky Republican agreed they want to attach aid measures to a must-pass government funding bill — if they can resolve outstanding issues with that legislation. Lawmakers need to pass a spending plan by Dec. 11 to prevent a government shutdown.

„The tone of our conversations is one that is indicative of the decision to get the job done,“ Pelosi told reporters at the Capitol.

Democratic leaders, who have for months called for a sweeping package to boost the U.S. economy and health-care system, cited the jobs report as new justification for Congress to act. Pelosi described the data as „further indicative of the need for us to crush the virus so the economy can get going.“

3 Monster Growth Stocks That Are Still in the Buy Zone

Is Islamic Finance New Or Old?