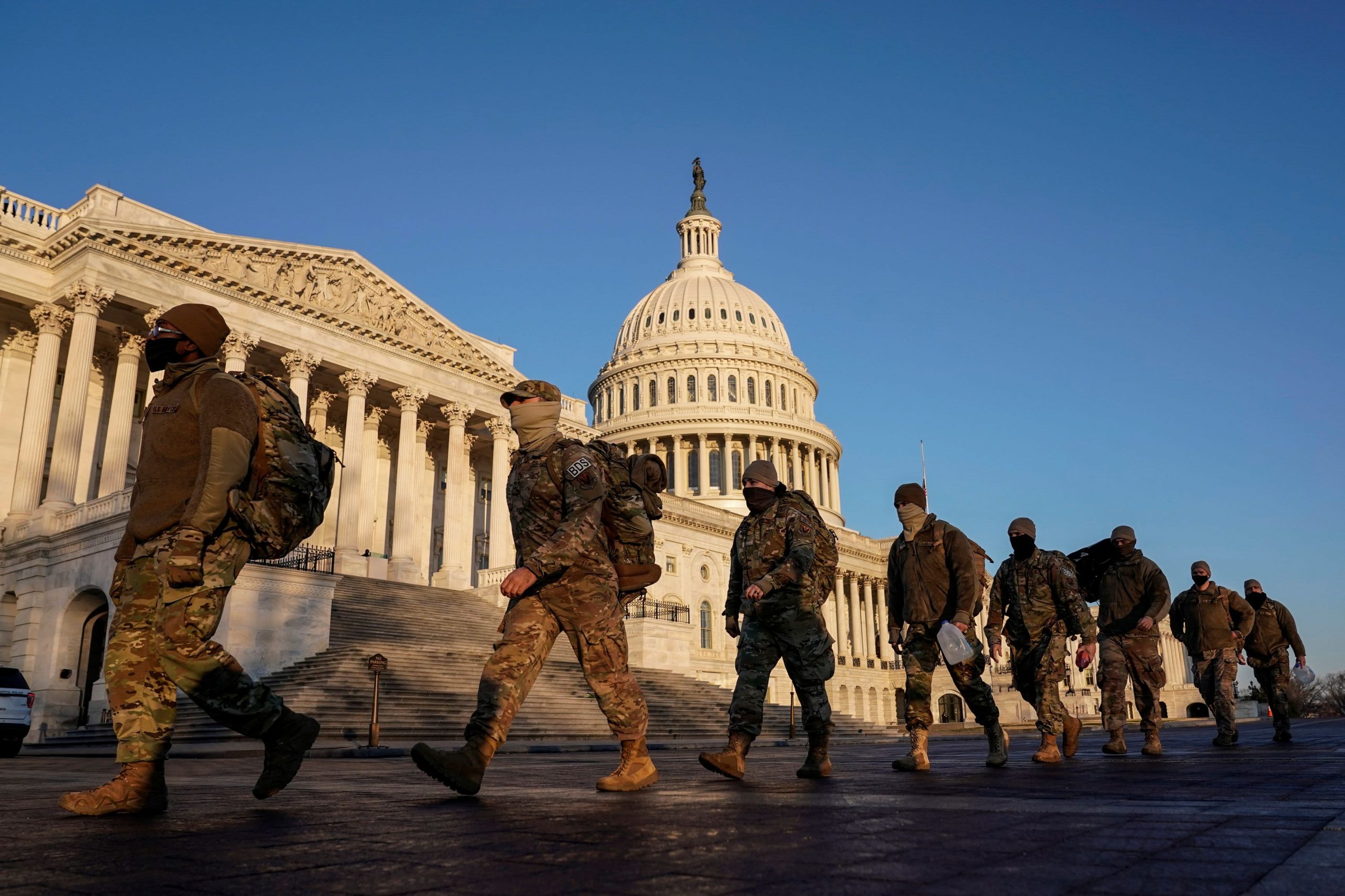 The Pentagon’s internal watchdog on Thursday announced an investigation into whether the military is doing enough to root out extremist and supremacist ideologies among active-duty personnel after last week’s deadly mob attack on the U.S. Capitol.

The probe, to be launched this month, comes as thousands of National Guard service members, some of them armed, protect Washington in the wake of the deadly riot by President Donald Trump’s supporters on Jan. 6.

The announcement followed the Defense Department’s insistence that it is doing all it can to snuff out extremism in its ranks.

Law enforcement authorities are preparing for potentially more violence ahead of President-elect Joe Biden’s inauguration Wednesday. Officials fear that extremists are targeting statehouses around the country, as people online are attempting to organize pro-Trump rallies.

The objective of the probe is „to determine the extent to which the [Department of Defense] and the Military Services have implemented policy and procedures that prohibit active advocacy and active participation related to supremacist, extremist, or criminal gang doctrine, ideology, or causes by active duty military personnel,“ Carolyn Hantz, the Pentagon’s assistant inspector general for evaluations programs, said in a letter.

Hantz noted that her office „may revise or expand the objective and scope as the evaluation proceeds, and we will consider suggestions from management for additional or revised objectives.“

Lawmakers of both parties have pushed for investigations into the assault on the Capitol and the response to it by law enforcement authorities.