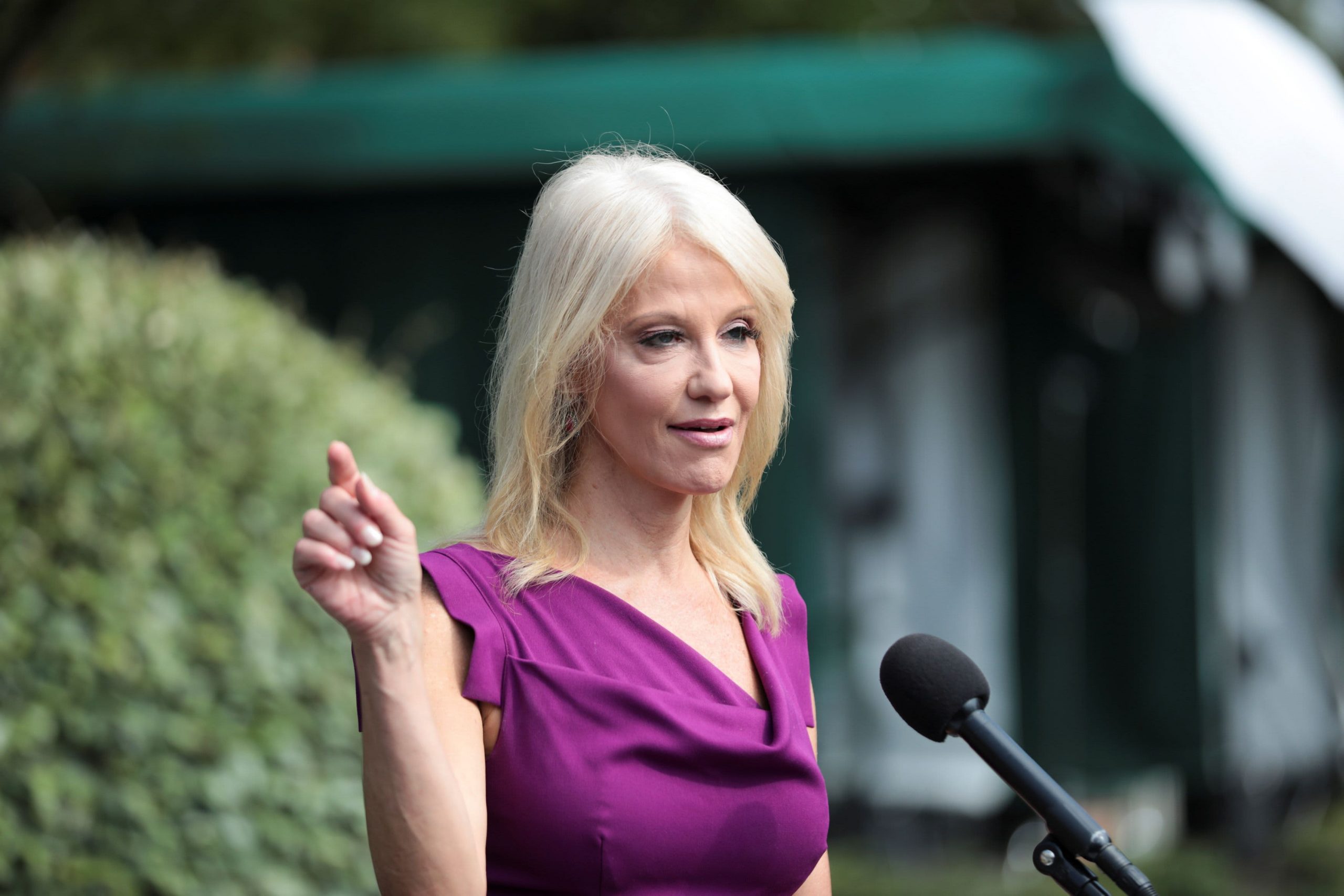 Police in New Jersey reportedly visited the home of former Trump White House advisor Kellyanne Conway on Tuesday, a day after her 16-year-old daughter Claudia complained on social media about a topless photo of her that briefly appeared on her mom’s Twitter account.

„I have no comment,“ Kellyanne Conway told CNBC when asked about the police visit and how a photo of her daughter was posted as a Twitter Fleet.

The New Jersey Department of Children and Families also is „looking into all concerns around the incident“ involving the Conway family, who lives in the town of Alpine, Buzzfeed News reported Tuesday.

DCF told CNBC that it could not confirm any investigations, pending or otherwise, because of confidentiality rules.

The New York Post on Tuesday reported that four officers with the Bergen County Prosecutor’s Office and the Alpine Police Department visited the Conway home and spent an hour in the house before leaving. The Post article contained a photo of the cops at the home.

Alpine Police Chief Christopher Belcolle told the Post: „An investigation is being conducted. No additional information can be released.“

Belcolle did not immediately respond to a request for comment from CNBC.

In a statement to NBC News, Bergen County assistant prosecutor Elizabeth Rebein said, „We cannot provide any details, but we can confirm that the matter has been referred to our office and that each member of the Conway family has been fully cooperative throughout the investigation.“

Claudia Conway is a prolific user of the social media app TikTok, where she has documented complaints and disputes with her mother.

Kellyanne Conway, who had helped run former President Donald Trump’s 2016 campaign, served as a senior White House advisor until August, when she resigned. Conway said she wanted to spend more time with her children.

„For now, and for my beloved children, it will be less drama, more mama,“ she said in a statement at the time.

The resignation came after public attention on Claudia Conway’s complaints about Kellyanne and her dad, George Conway, a Republican lawyer who is a staunch Trump critic.

On Monday, Claudia on a TikTok video spoke about a topless photo of herself that was reportedly posted as a Twitter Fleet by Kellyanne Conway’s account. Twitter Fleets are deleted after 24 hours, as a rule.

The photo reportedly was quickly deleted, long before it normally would have been.

A Twitter spokesperson told CNBC, „Through technology and human review, we’ll proactively remove any images that violate the Twitter Rules.“

Twitter earlier this month suspended Trump’s account permanently, saying his tweets were a risk of inciting further violence on the heels of an invasion of the U.S. Capitol by thousands of his supporters in a botched effort to overturn the election of Joe Biden as president.

Claudia Conway, in the TikTok video on Monday addressing the photo of her, warned Kellyanne Conway by name that she, Kellyanne, could go to jail.

But Claudia, in other TikTok videos released Tuesday, said she believed her mother’s account was hacked, and that she regretted posting the TikTok video that took aim at Kellyanne.

She said she did not believe her mother had posted the image.

Claudia also said that she was taking a break from social media to work on her relationship with her mother and the rest of her family.

George Conway tweeted one of his daughter’s videos on Tuesday morning.