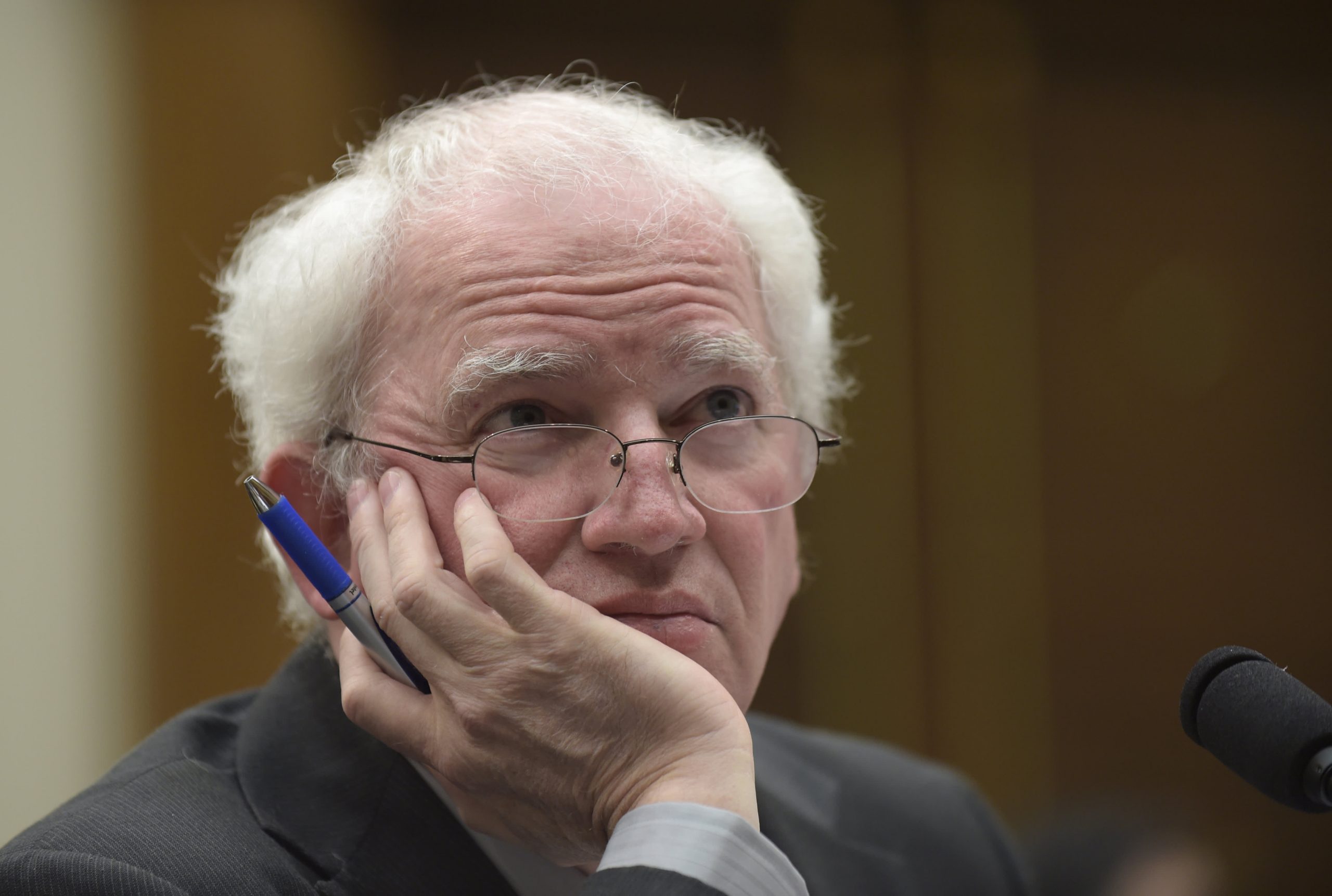 A progressive group is urging corporations to stop contributing to the Federalist Society after one of the conservative legal organization’s leaders was featured at last week’s rally that preceded the deadly riot on Capitol Hill.

Demand Justice told CNBC that it wants corporations to stop giving to the Federalist Society after member John Eastman, a lawyer and former law professor at Chapman University, spoke at the rally.

Several of the companies that have given to the Federalist Society as recently as 2019 have said they would either not contribute to Republicans who challenged the results of the presidential election, or would reevaluate or pause donations from their corporate political action committees. These companies and groups include Facebook, Google, T-Mobile, Verizon and the U.S. Chamber of Commerce.

„These corporations can either take a stand against those who have supported acts of sedition or they can continue funding the Federalist Society, but they can’t do both,“ Brian Fallon, the executive director of Demand Justice, told CNBC.

In a statement to CNBC, End Citizens United, a political action committee that has advocated for big money to be taken out of politics, blamed Eastman and the Federalist Society for the riot that occurred at the U.S. Capitol. Tiffany Muller, the group’s president, noted they are going to pressure corporations to end cut off funding for the group.

„We will make sure no one forgets the Federalist Society’s role on that dark day, and we’ll continue pressuring corporations to cease their funding to all traitors and terrorists,“ Muller said.

None of the companies mentioned in this story responded to a request for comment. The Federalist Society did not return CNBC’s requests for comment.

At the rally, Eastman pushed the claim that there was voter fraud in the past election. Trump has erroneously claimed that the election was stolen from him. Federal and state officials, including former U.S. Attorney General William Barr, have said there was no widespread voter fraud during the 2020 election.

„We know there was fraud. Traditional fraud that occurred. We know that dead people voted. But we now know because we caught it live last time in real time, how the machines contributed to that fraud,“ Eastman said at the rally, while standing next to Trump’s personal attorney Rudy Giuliani. Part of Eastman’s speech was included in a tweet by Liz Harrington, a former spokeswoman for the Republican National Committee.

Later, as Congress attempted to confirm Joe Biden as the president, Trump’s supporters marched on the Capitol. Scores broke in, and the ensuing riot left five dead, including a police officer. House Democrats, along with 10 Republicans, voted to impeach Trump earlier this week for inciting the riot.

„It is alarming that a senior official in the Federalist Society was goading Vice President Pence to mount an illegal coup, and corporations should stop supporting this organization the same way they’ve stopped donations to members of Congress,“ said Demand Justice’s Fallon. Demand Justice is a 501(c)(4) dark money group that does not publicly disclose its donors.

Eastman reportedly tried to convince Vice President Mike Pence that he had the authority to stop Congress from validating the election. Pence, who presided over the joint session of Congress that eventually confirmed Biden’s victory, has said that he did not have such authority.

This angered Trump, who tweeted criticism of Pence while the attack on the Capitol was unfolding. Rioters were caught on video chanting „Hang Mike Pence!“