QuantumScape’s Battery Technology Is Huge for EVs. Here’s a Primer. 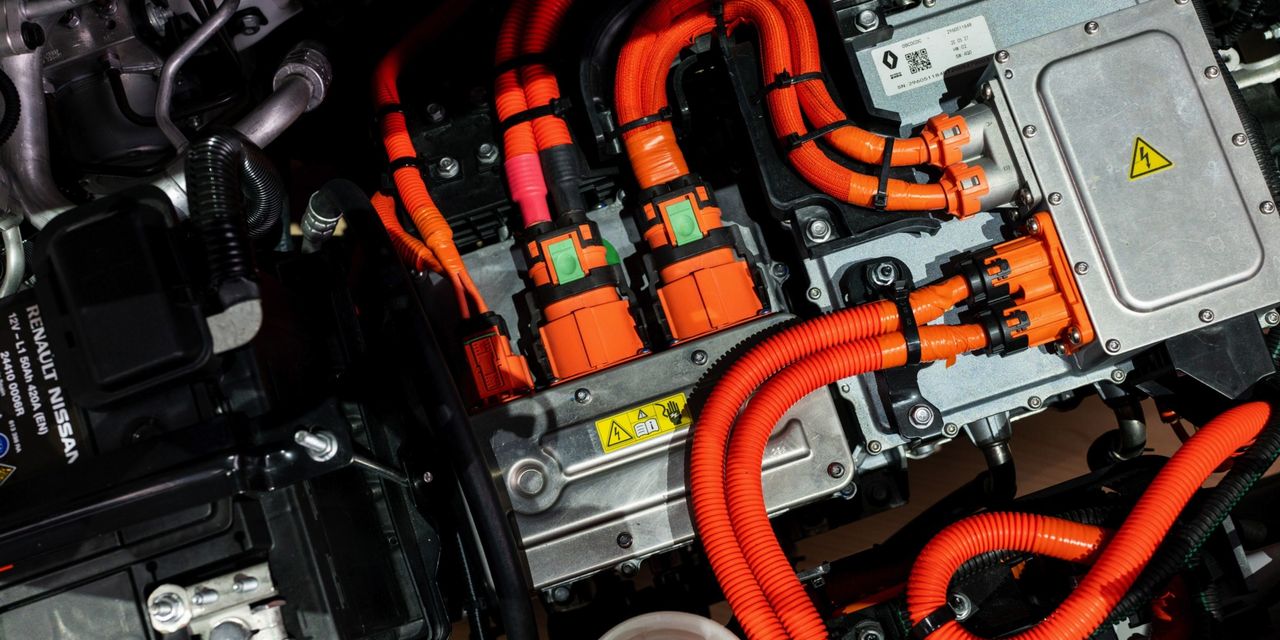 is playing host to a battery technology day on Tuesday. Quantum’s technology could be game changing for the electric-vehicle industry and for the company’s stock.

But the technology and the company are new, so investors have to get up to speed fast so they don’t miss the next big thing, or pour money into an idea that won’t pan out.

Here’s what to know before the company presents, as well as some recent history.

QuantumScape (ticker: QS) was founded in 2010 by Stanford University scientists Jagdeep Singh, Fritz Prinz and Tim Holme to develop what are known as solid-state batteries for electric vehicles and other industrial uses.

Solid-state batteries, as the name implies, don’t use liquid electrolyte inside the cells. An electrolyte is what the battery current passes through. In a typical AAA battery, the electrolyte is a potassium hydroxide and water solution.

Solid-state batteries are a possible game-changer for EVs because they can potentially pack more energy per unit volume, charge faster and be safer than the lithium-ion batteries used today in electric vehicles.

The deal was well received by investors. Quantum shares are up almost 90% over the past three months. The

has gained 8% over the same span. The

At a recent price of $42.50 a share, Quantum stock is valued at roughly $19 billion. That makes it one of the top five most valuable automotive suppliers in the U.S. QuantumScape, however, doesn’t sell anything yet and doesn’t expect to have significant sales until 2027.

The market, however, has already placed a high value on the EV battery players. The existing companies are all worth more than Quantum.

Those four QuantumScape peers have generated a total of about $35 billion in auto or battery-related sales over the past 12 months. Panasonic has the most diversified business of the four.

That is a broad overview of the EV battery industry. QuantumScape management is likely to address many of the topics on investors minds, including battery safety, power, reliability and technical hurdles, as well as automotive partners’ plans for solid-state battery adoption.

Solid-state batteries are safer, in theory, for a couple of reasons. For starters there is no potential electrolyte leak. And the separator that keeps the anode and cathode apart is an oxide that can’t burn, which can happen with other types of batteries.

A common problem with solid-state batteries is short circuiting. As the battery goes through charging cycles, dendrites tend to form. Dendrites are the treelike structures people see on their car windshields on a frosty morning. If they penetrate the separator, it causes a short circuit. The problem is that at automotive-current densities those dendrites grow. Current density is the amount of electrical charge flowing through a given area.

You might imagine that the more charge you can get through a battery the faster it can charge and discharge. You might also imagine that EVs place higher demand on batteries than does, say, a TV remote control.

At higher current densities, an EV battery could be charged in, say, 15 minutes. That would eliminate another problem with EVs: It takes longer to charge an EV than to fill a gas tank. But the trick for the industry is making sure those dendrites don’t start growing as the battery is discharged and then recharged.

The dendrites also impact battery reliability. Each time a battery is discharged and recharged is a chance for dendrites to form and battery performance to degrade. EV batteries have to last years or even decades. That is potentially thousands of charge cycles. Investors can expect Quantum to talk about the number of charge cycles its batteries can last through at automotive-current densities.

The technical data is important, but so is auto maker adoption.

(VOW.Germany) is a Quantum investor and has plans to use the technology. How soon solid-state batteries might start to be used in electric vehicles is a likely topic of discussion at Quantum’s event.

The company might also be asked about competition. Bernstein analyst Mark Newman says all the major competitors have solid-state battery programs. But technical data is thin. He thinks Samsung is one of the leaders in the field.

Newman rates Quantum shares Sell and has a $28 price target. One of the things holding him back is a lack of details about Quantum’s technology. Some of his questions might get answered on Tuesday.

BBC gets into blockchain tokens with Doctor Who: Worlds Apart

Rural America Is the Next E-Commerce Frontier