Republican Rep. Jim Jordan of Ohio will not run for Senate in 2022 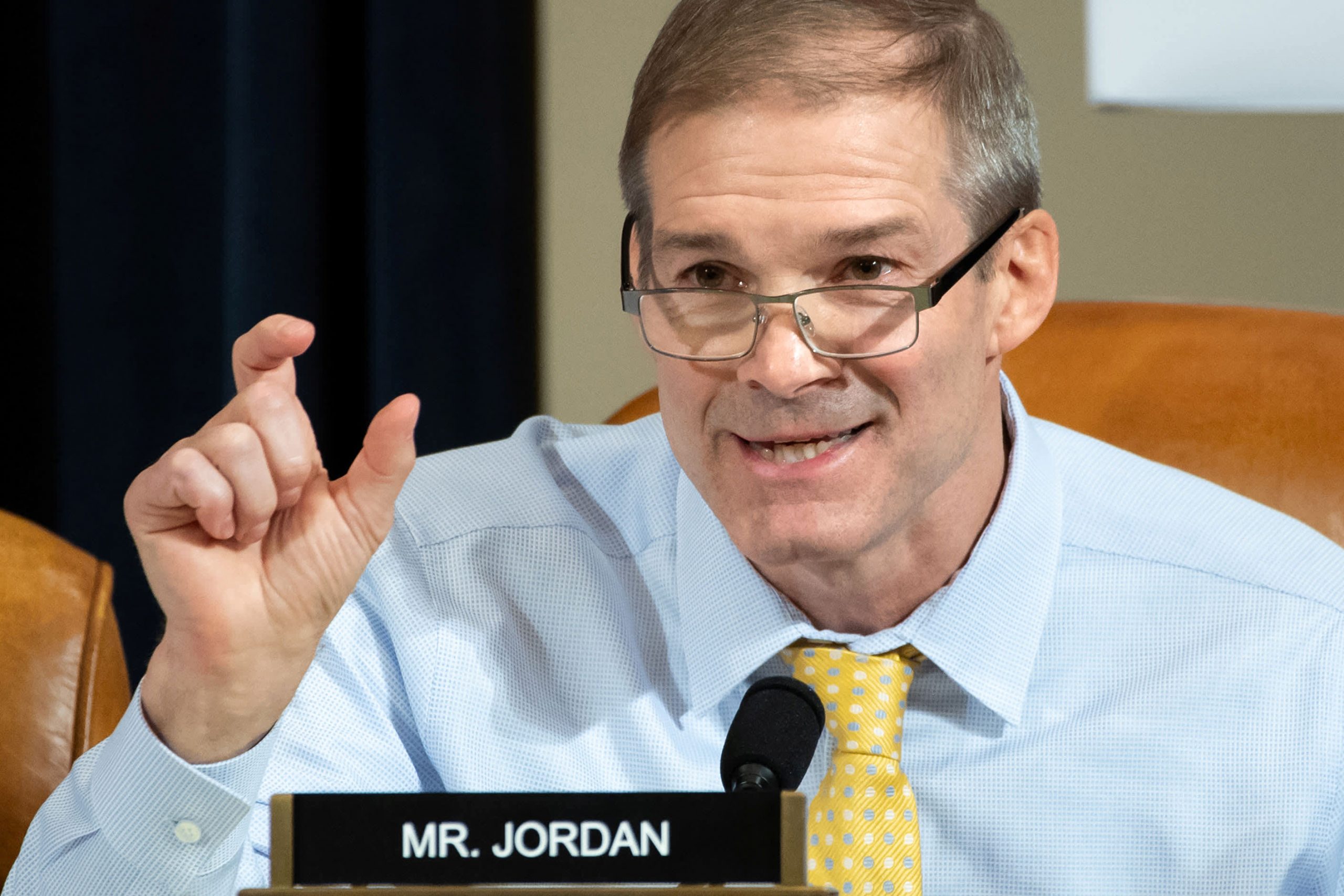 Rep. Jim Jordan of Ohio will not run next year for the U.S. Senate seat currently held by Sen. Rob Portman, a fellow Republican who has announced he will retire, Jordan’s campaign spokesman said Thursday.

But Jordan’s spokesman, when questioned by NBC News, did not explicitly rule out a possible run by Jordan for Ohio governor in 2022.

„He’s going to run for Congress,“ the spokesman said, when pressed on the governor’s race.

He is a staunch supporter of former President Donald Trump and is a founding member of the House Freedom Caucus, a group of conservative lawmakers. Trump earlier this month awarded Jordan the Presidential Medal of Freedom, which is one of the nation’s highest civilian honors.

Earlier this month, Jordan played a leading role in an unsuccessful effort to prevent the House of Representatives from impeaching Trump for inciting the Jan. 6 Capitol riot.

Cleveland.com first reported that Jordan would not seek Portman’s seat.

Jordan’s spokesman told that news outlet, „He is solely focused on representing the great people of Ohio’s Fourth District.“

„Mr. Jordan believes at this time he is better suited to represent Ohioans in the House of Representatives, where as the top Republican on the Judiciary Committee, he can advance an America first agenda, promote conservative values, and hold big government accountable,“ the spokesman said.

A group of former wrestlers at Ohio State University, where Jordan served as an assistant coach from the late-1980s to the mid-1990s, have claimed that Jordan was aware of sexual misconduct against student wrestlers by then-team physician Richard Strauss.

One wrestler has told NBC News that he personally told Jordan about the abuse.

Jordan has repeatedly denied that he was aware of any abuse.

6 things to watch for BTC price this week