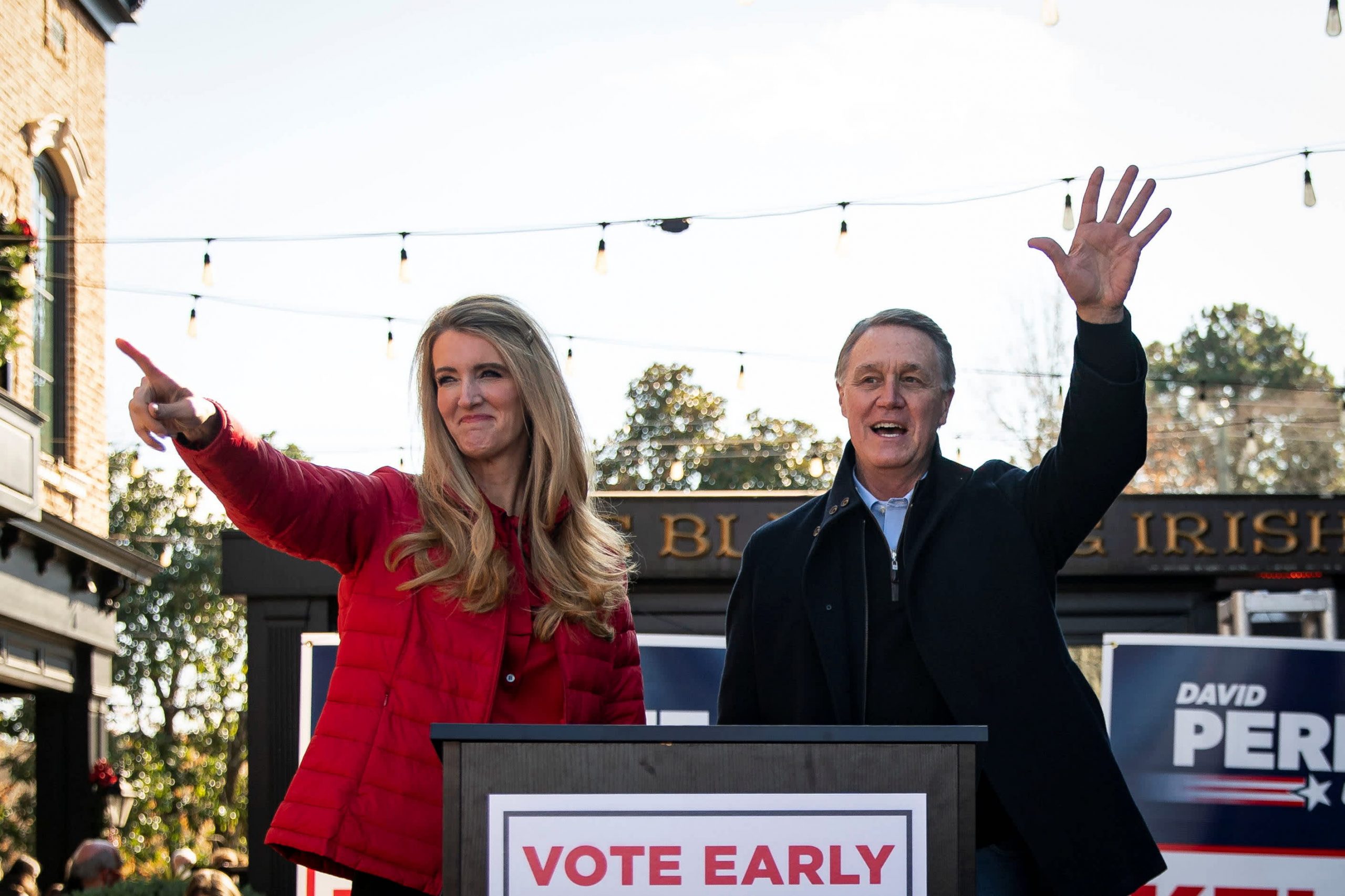 Their Democratic challengers, Raphael Warnock and Jon Ossoff, respectively, have otherwise enjoyed a fundraising edge in the races, which will determine whether Democrats or the GOP will hold an edge in the Senate.

Donors on Wall Street are contributing to Perdue and Loeffler because they are worried that a Democratic Senate would help President-elect Joe Biden push for tighter regulations on the financial industry, a GOP strategist with clients in the banking industry said. This person declined to be named in order to speak freely.

Biden is looking to raise taxes on corporations as well as families earning over $400,000.

Mike Novogratz, a longtime finance executive with an outside effort helping the two Democrats in Georgia, previously suggested that Wall Street Democratic donors might not offer much help for Warnock and Ossoff.

„It will be a money war,“ Novogratz told CNBC in November after none of the candidates received 50% in their elections, prompting a runoff. „That said, many Wall Streeters like the split government,“ he added.

The finance community’s big contributions to the two Republican candidates is a shift from the presidential election, when these donors combined to invest over $74 million in Biden’s run for president. Many abandoned Trump’s bid for reelection and his later legal effort to overturn the election.

All the money pouring into the campaigns and outside political action committees has led to nearly $490 million in TV ad spending since Nov. 4, according to data from Ad Impact. Over $100 million has been spent on TV ads for the two races since Dec. 28, Ad Impact said.

Perdue, who lagged in fundraising behind his rival, Ossoff, between October and into mid-December, recently saw a wave of support from finance and real estate executives. At least 30 executives from those industries have given between $1,000 and the maximum campaign contribution of $2,800 to Perdue, according to Federal Election Commission records.

Perdue has been under scrutiny for a series of stock trades that, at times, appeared to coincide with congressional briefings while he was on key Senate committees. Perdue has denied wrongdoing. The New York Times reported in November that some of Perdue’s trades were a focus of a Justice Department inquiry. Perdue’s team said at the time that the Justice Department „cleared Senator Perdue of any wrongdoing.“

Randal Nardone, a co-founder of investment firm Fortress, gave $2,800 to Perdue that same day. Fortress has nearly $50 billion in assets under management.

Jane Goldman, who runs real estate firm Solil Management, gave $2,800 to both Perdue and Loeffler through the last two weeks of December. Forbes says Goldman is worth $3 billion.

Meanwhile, Loeffler’s campaign recently saw at least a dozen contributions come from executives in similar positions. She is married to Jeffrey Sprecher, CEO of the Intercontinental Exchange, the parent company of the New York Stock Exchange. Sprecher gave $10 million to a pro-Loeffler super PAC in 2020, according to the nonpartisan Center for Responsive Politics.

Loeffler herself came under scrutiny for a series of stock trades at the start of the coronavirus pandemic, leading to the couple selling all their individual shares.

Jared Yavers, an executive at Yellow Cab Holdings, gave $2,500 to Loeffler’s campaign Dec. 21. Yellow Cab is an investment firm with a focus on real estate.

Democrats Warnock and Ossoff received donations of their own from the real estate and finance industries, although at a lower rate than their Republican opponents. Between the two Democrats, they have combined to receive support from close to two dozen finance and housing executives in the latter stages of the race.

Representatives for all four campaigns did not respond to requests for comment.

Disney, AutoZone and PayPal are among 21 stocks you should consider buying in 2021, stock experts say