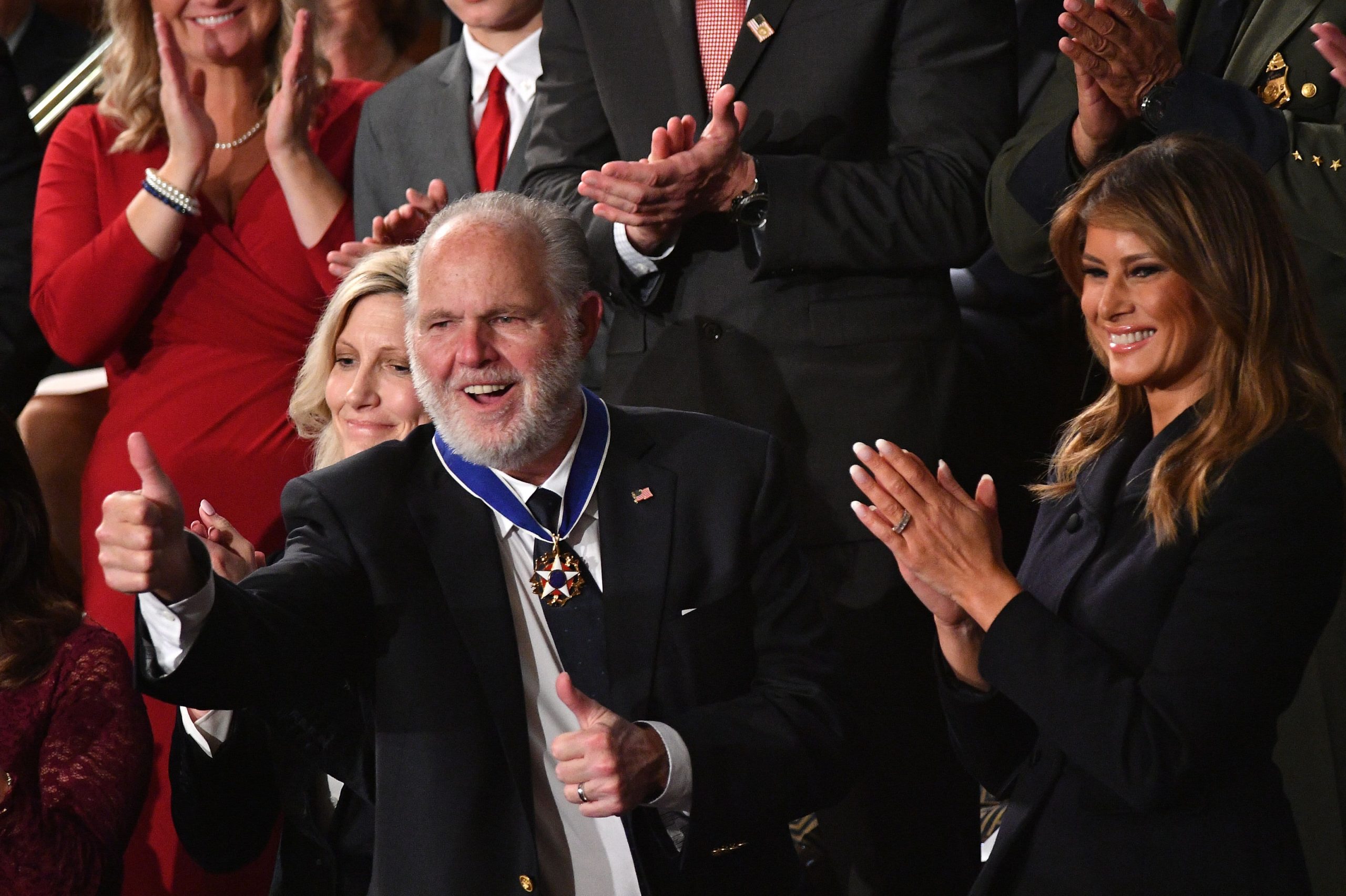 His wife announced his death on his radio show.

„I know that I am most certainly not the Limbaugh that you tuned in to listen to today,“ Kathryn Limbaugh said. „I, like you, very much wish Rush was behind this golden microphone right now, welcoming you to another exceptional three hours of broadcasting. … It is with profound sadness I must share with you directly that our beloved Rush, my wonderful husband, passed away this morning due to complications from lung cancer.“

Former President Donald Trump told Fox News on Wednesday he had spoken with Limbaugh three or four days earlier. „He was fighting to the very end,“ Trump said in his first public comments since he left office last month. „He is a legend. He really is.“

Another former president, George W. Bush, also lamented Limbaugh’s death. „While he was brash, at times controversial, and always opinionated, he spoke his mind as a voice for millions of Americans and approached each day with gusto,“ Bush said in a statement. „Rush Limbaugh was an indomitable spirit with a big heart, and he will be missed.“

A day after the deadly January riot by a Trumpist mob in a bid to overturn Democrat Biden’s victory in the November election, Limbaugh likened the invaders of the U.S. Capitol to the Revolutionary War patriots.

„There’s a lot of people calling for the end of violence,“ Limbaugh said on his radio program. „There’s a lot of conservatives, social media, who say that any violence or aggression at all is unacceptable. Regardless of the circumstances. I’m glad Sam Adams, Thomas Paine, the actual tea party guys, the men at Lexington and Concord didn’t feel that way.“