Schumer pressures Biden to bypass Congress to cancel $50,000 in student debt per borrower 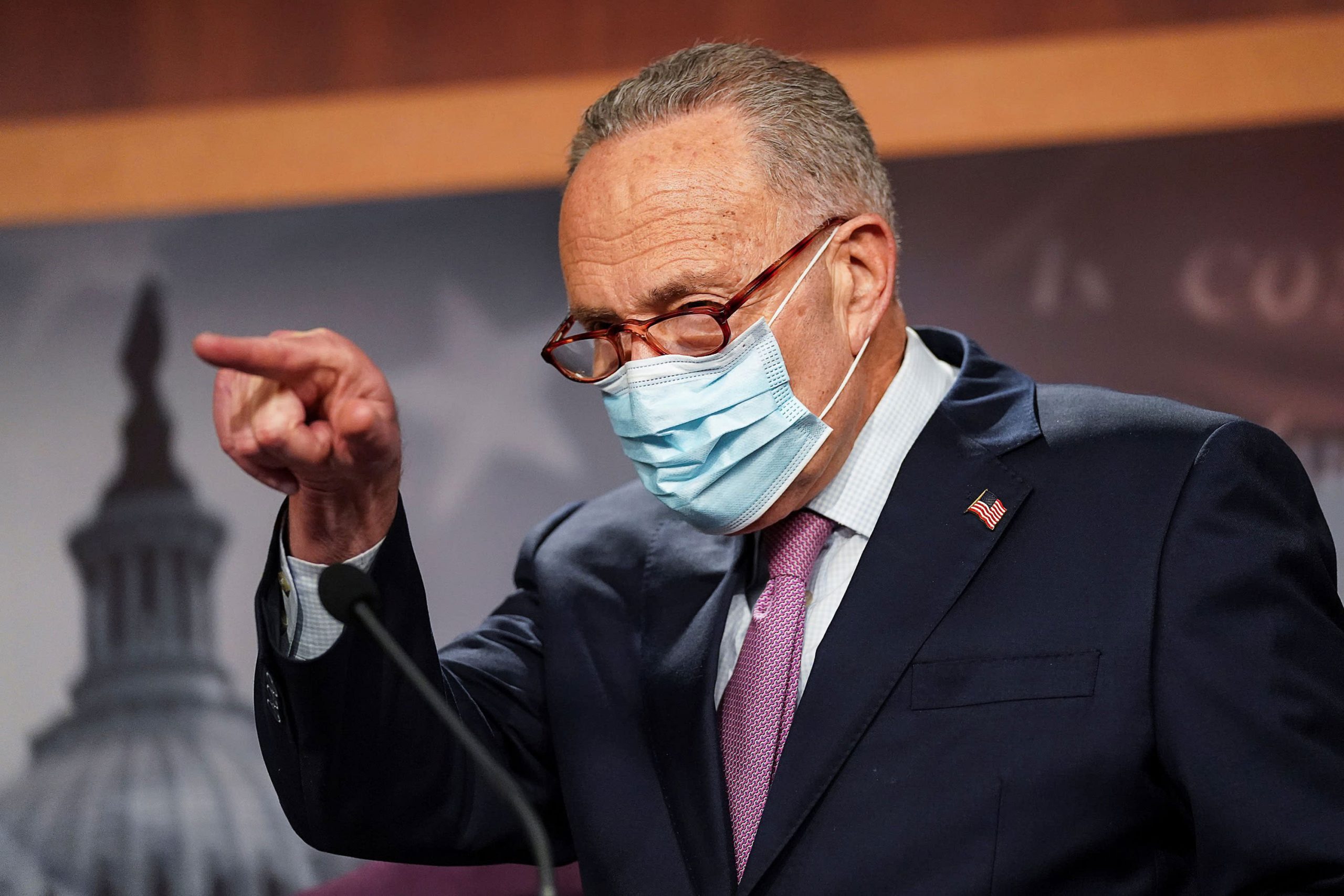 Sen. Minority Leader Chuck Schumer continues to put pressure on President-elect Joe Biden to to forgive up to $50,000 in student debt per borrower on the first day of his presidency.

„We have come to the conclusion that President Biden can undo this debt, can forgive $50,000 of debt the first day he becomes president,“ Schumer said on Monday outside his office in Midtown Manhattan. „You don’t need Congress; All you need is the flick of a pen.“

More than 40 million Americans have a lot riding on the answer of whether or not a president can forgive student debt without Congress. Borrowers could see their debts reduced or eliminated overnight if the president was able to act without legislation. Getting Congress to agree to forgive the loans, on the other hand, is not likely to occur any time soon, if ever.

For now, it’s also an open question if Biden has interest in testing his presidential power in this way.

More from Personal Finance:
Depositors struggle to get money back from banking app Beam
Here’s how much your company 401(k) match will be worth
Personal Finance 101: The complete guide to managing your money

During the 2020 Democratic presidential primary, Massachusetts Sen. Elizabeth Warren vowed to forgive student loans in the first days of her administration, including with her announcement an analysis written by three legal experts, based at the Project on Predatory Student Lending at Harvard Law School, who described such a move as „lawful and permissible.“

Biden, however, has not gone so far.

A spokesman for the president-elect wouldn’t say if Biden has taken a stance on whether or not he can forgive student debt without Congress, through he pointed to remarks Biden made at a recent press conference after he was asked if he would take executive action to cancel the loans.

„They’re in real trouble,“ said Biden, about student loan borrowers. „They’re having to make choices between paying their student loan and paying the rent, those kinds of decisions. It should be done immediately.“

Rural America Is the Next E-Commerce Frontier

Forget the milk and cookies, Santa is accepting Bitcoin this holiday season