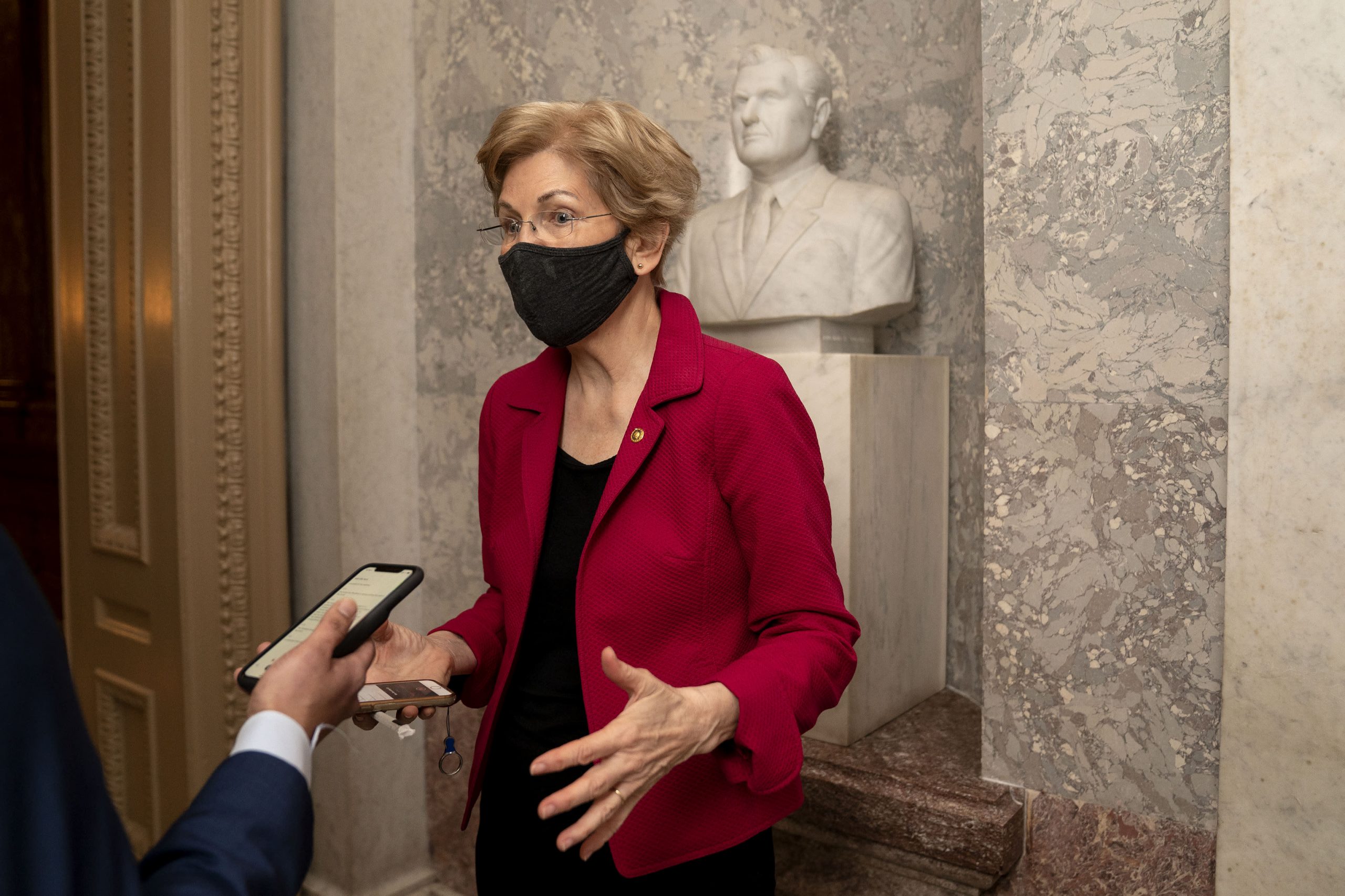 Sens. Elizabeth Warren, D-Mass., and Tina Smith, D-Minn., have informed the secretary of Health and Human Services they have discovered „significant gaps in COVID-19 testing capacity.“

In a letter this week to HHS chief Alex Azar, Warren and Smith said they made the discovery after contacting five of the worlds largest Covid testing labs: Quest, BioReference, ARUP Labs, LabCorp., and Mayo Clinic.

They said the labs informed them that they experienced a „large spike in COVID-19 diagnostic testing needs“ during the summer surge. The letter said the labs are also developing additional testing capacities but are still short on supplies and are experiencing „confusion about payment and reimbursement for COVID-19 diagnostic testing as a result of Congressional and Administration inaction.“

Warren and Smith said the lab companies „called on Congress and the Administration to clarify when third party payers, the government, or other responsible parties should provide reimbursement for various types of COVID-19 testing, including for diagnostic, screening, or surveillance purposes.“

„Our testing program has been incredible, and we actually are also coming out with new tests very shortly that will make the process even easier. And you won’t need doctors necessarily to do the test, so we have some incredible tests coming out in a very short period of time,“ Trump boasted Tuesday at a White House event where he signed an executive order to ensure Americans have priority to vaccines.

The coronavirus has killed more than 280,000 people in the United States, according to data from Johns Hopkins University.

The letter also touched on a separate probe into the availability of coronavirus pediatric testing. They previously sent letters to some of the largest retail testing providers and the National Community Pharmacists Association to „ask for information about their policies regarding pediatric testing and their plans to expand testing to more age groups,“ Warren and Smith told Azar. They contacted CVS, Kroger, Rite Aid, Walgreens, Walmart and the National Community Pharmacists Association.

Warren and Smith, acknowledged that pediatric testing is becoming more widely available but „most retail providers are not offering testing for young children.“

The senators provided Azar with possible solutions, including invoking the Defense Production Act and clarifying rules on payments.

Trump also said he would use the Defense Production Act if he needed to prioritize the vaccines, but that he didn’t think he would need it.

Bitcoin Price Drops $1,000 in Worst Sell-Off in a Week