Should I Buy HP Stock After Warren Buffett Did? 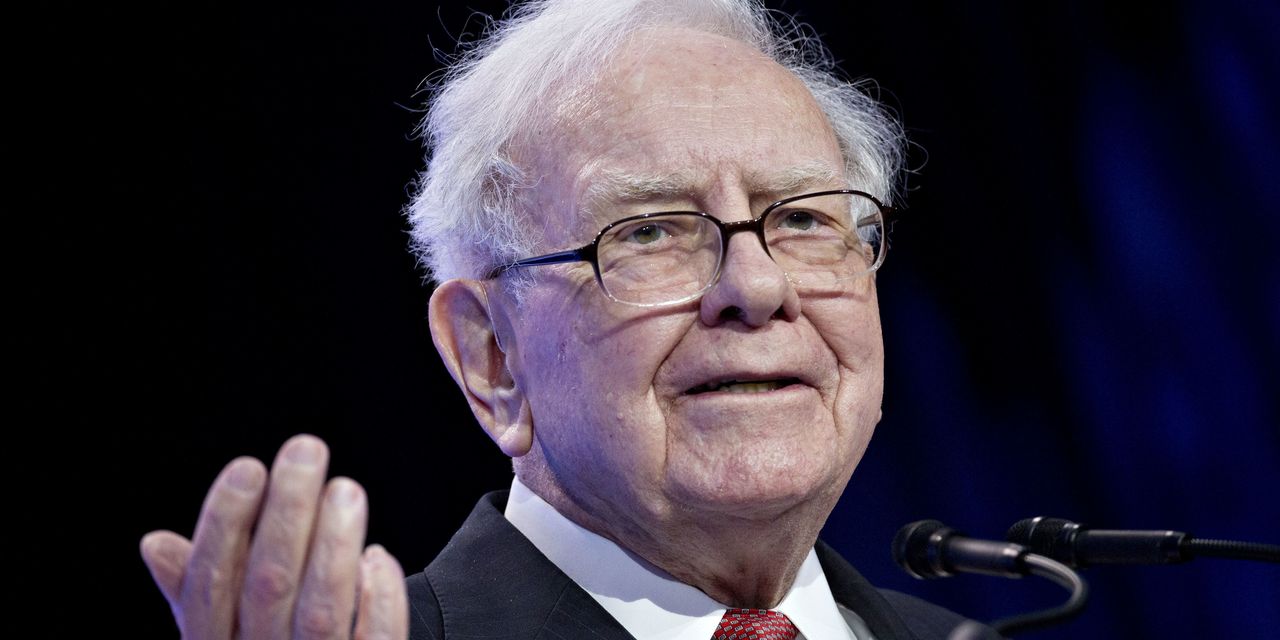 
When Bill Hewlett and Dave Packard founded Hewlett-Packard in Palo Alto, Calif., in 1939,

HP
Inc.
to his long list of storied investments.

This past week, Berkshire (ticker: BRK.A) disclosed an 11.4% stake in the PC and printer company HP (HPQ), which is not to be confused with

Hewlett Packard Enterprise (HPE)
,
the server, networking, and storage company from which it split in 2014.

You could argue that Berkshire is a little late here. HP’s PC business soared during the pandemic, driving growth to the highest level since the company was split in two; HP’s stock price has doubled since 2019. Meanwhile, there are signs that PC demand is going to slow from here as the stay-at-home trend fades. Analysts at Goldman Sachs, Morgan Stanley, UBS, and Barclays have all turned cautious on the PC sector for just that reason.

As Barron’s has repeatedly noted, HP shares are cheap by almost any statistical measure. In an October 2021 column, I described them as a “screaming buy.” (I’d like to think Buffett read the column.) Even after the stock rallied 15% this past week on the Buffett news, HP shares still trade for a modest nine times expected earnings for the October 2023 fiscal year, and just 0.7 times sales. And HP remains exceedingly shareholder-friendly: Over the past eight quarters, it repurchased 26% of its shares—and it has promised to buy back at least $4 billion of stock in the current fiscal year. The stock sports a 2.8% dividend yield.

For the first time in years, HP also has a growth story to talk about, thanks to the soaring PC demand during the pandemic. Even as the company’s enterprise printer business slowed during office shutdowns, demand for home printers spiked.

While the pandemic boom may be fading, HP CEO Enrique Lores is expanding the company’s product portfolio to include a broader range of businesses. HP spent $425 million last year to buy the HyperX gaming peripherals unit from memory maker Kingston Technology. A leader in gaming headsets, HyperX also sells keyboards, mice, and microphones.

Then in late March, HP agreed to buy the headset and audioconferencing company

Even so, prominent Wall Street firms are taking a bearish view on HP. Morgan Stanley analyst Erik Woodring, who recently cut his rating on HP shares to Underweight from Equal Weight, thinks consumer hardware spending will be pressured as supply improves, prices fall, and demand normalizes—and he sees macro risks to enterprise demand. UBS analyst David Vogt on Friday reduced his HP rating to Neutral from Buy, citing softening PC demand, the potential for slowing buybacks, and the considerable appreciation in the stock price.

“We’ve been big fans of Hewlett-Packard and CEO Enrique Lores, who has executed extremely well,” Wick told me during an interview for our Barron’s Live interview series this past week. He concedes the PC business will be flattish but sees a shift to more-profitable commercial models from cheaper consumer units. And he says the printing business is recovering.

Wick thinks HP can earn $5 a share in fiscal 2024, up from $3.79 in 2021. Buybacks are shrinking the share count quarter after quarter, he notes. “It’s not a sexy business, but it is better than people give it credit for.”

Berkshire’s big bet on HP is a good reminder that now is the time to be looking for other tech bargains, especially as interest rates head higher. In order to find good candidates, I screened for tech stocks in the


S&P 500
trading at less than 10 times Wall Street’s projected earnings for next year. It’s a small group that includes both HP and HP Enterprise, the IT services company

(WDC), and a handful of chip names, including

(MU), which I wrote about bullishly last week, and the mobile phone radio chip firms

Some of those chip names are part of a new, actively managed exchange-traded fund just launched by Wick.


Columbia Seligman Semiconductor & Technology
trades under the ticker SEMI and should be a good way to play both cheap tech and ongoing strength in the chip world.

“Semiconductor fundamentals are strong, and valuations are reasonable—a lot more reasonable than other parts of technology, and even relative to the broad market,” Wick says.

As it happens, Micron is one of Wick’s top picks; he’s also upbeat on

(INTC), which he says is far more attractive than more popular (and expensive) options like

(VIAV), and the enterprise storage company

NetApp (NTAP)
.
They all benefit from increased data center spending.

My guess is Berkshire won’t be waiting decades to invest in its next Palo Alto-based tech firm.