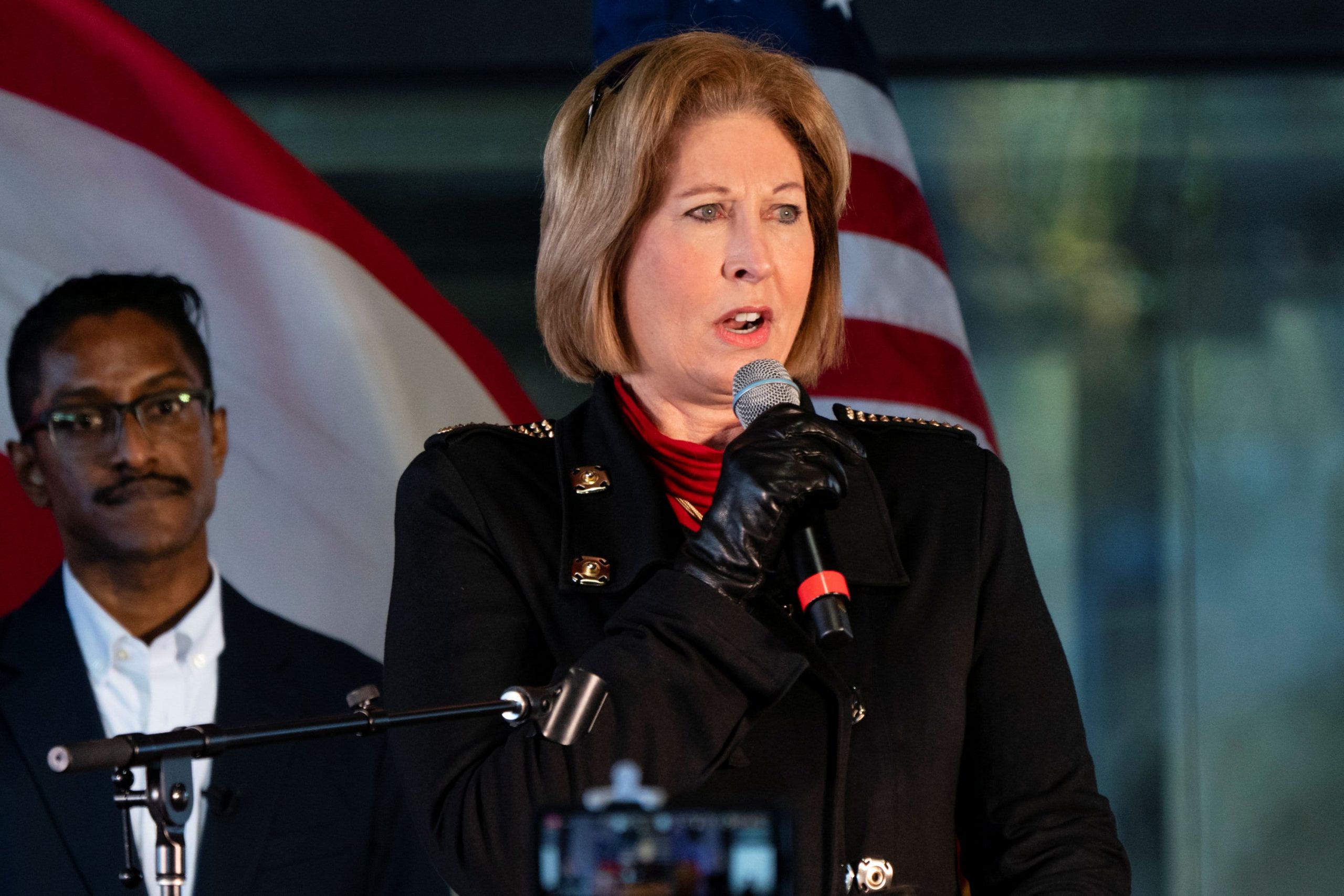 Despite being cut loose from President Donald Trump’s legal team, Powell is forging ahead with her election-conspiracy crusade to overturn Joe Biden’s presidential win.

But the conservative attorney’s self-described Kraken keeps getting its tentacles tied in a knot of typos and errors — including the recent backward claim, later amended, that a pernicious voting algorithm took votes from Biden and flipped them to Trump.

Powell corrected the error later Friday, citing CNBC as she explained the mistake to a federal appeals court, which she is asking to decertify the results of Georgia’s presidential race.

The initial, mixed-up message claimed in a filing that „machine-controlled algorithms deliberately run by Dominion Voting Systems … generally took more than 2.5% of the votes from Mr. Biden and flipped them to Mr. Trump for a more than 5% fraudulent vote increase for Mr. Biden.“

That claim — that votes had been improperly handed to Trump, which somehow resulted in a net increase in votes for Biden — was „Bassakwards,“ Powell admitted in an email to CNBC.

„If I had a Nicole for every mistake I’ve made in life, I could retire,“ Powell’s email to a reporter said. „Wish I had you as a proofreader at 1 a.m.“

In a later filing to amend the brief, Powell explained that „Counsel for Plaintiffs are a small team handling multiple significant cases in four states.“

Disadvantages of Roth IRAs Every Investor Should Know