Softbank Takes A Step Back 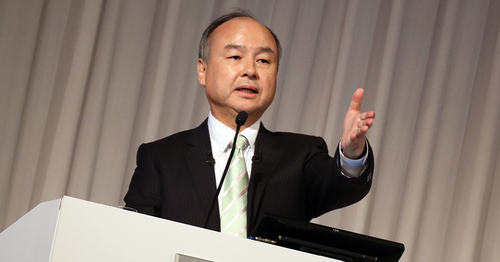 Last year SoftBank earned the highest profits ever for a Japanese firm and during the first quarter of 2022 had its worst quarter ever, losing $15 billion.

Is SoftBank CEO and Chairman Masayoshi Son losing the Midas touch? After the May 12 announcement of net losses totaling $15 billion for the financial year that ended in March, Son found himself calling for “thorough defense,” noting that one should “take an umbrella when it rains,” reported Nikkei Asia.

The company saw its largest quarterly loss, most of which was due to write-downs in the net value of the tech investments in its $100 billion Vision Fund, the world’s largest technology-focused fund. SoftBank’s shareholders lost around $140 billion since the company’s February 2021 peak, the Economist reported.

Only a year earlier, the company notched the highest profits for a Japanese firm—$46 billion. A lot has changed since then: inflation and interest rates both rising; China cracking down on tech companies; the conflict between Russia and Ukraine. These factors have spooked investors, resulting in a flight from tech assets. Insiders wonder whether SoftBank’s misfortunes will have downstream effects, especially in its home base of Japan. Opinions are divided.

“It is unclear if the problems at SoftBank will have any special influence on tech investments in Japan,” says Frank Packard, an alternative investment specialist based in Tokyo. “I suspect that there will be little, if any.” Packard notes that the Vision Fund rarely invests in Japan. However, he acknowledges that in the wake of SoftBank’s shift, “perhaps investment patterns will revert to the style prior to the Vision Fund.”

Many Japan watchers agree. The Vision Fund paid very high valuations that brought a lot of money into tech investing, locking out some other capital. Now that the SoftBank bubble has burst, there is less market confidence—and thus less speculative investment—in tech stocks now than a year ago. Seed-stage valuations are likely to be lower, Japan watchers say, returning to pre-Vision Fund trends; and startups will be more resilient, returning to sustainable business models. And, one insider noted, SoftBank may have to consider a robust succession plan.

Amazon is launching an invite-based ordering option, starting with the PS5 and Xbox Series X – TechCrunch